Why Your Critics Shouldn’t Define You 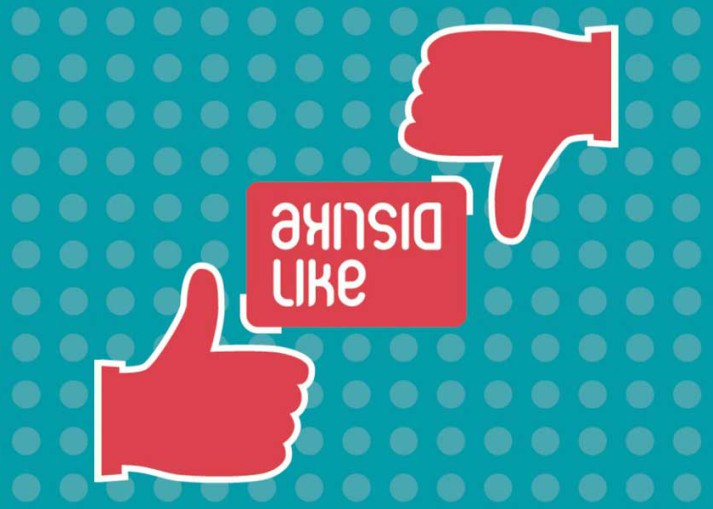 Though we might not verbalize it quite this way, most of us split the world up into two distinct groups of people: our critics and our cheerleaders.

The former are usually the ones who correct, criticize or attack us the most, whose words tend to feel more like weapons.

The latter are those who are often the source of sweet compliments, praise or support.

We do a pretty good job of fitting most of the people we know and encounter into one of those camps, and if we’re honest, we allow ourselves to be largely defined by both our critics and our cheerleaders, placing far too great a weight to either group.

The Danger of Public Identities
For a people who more and more live lives designed for public consumption, we can’t help but craft our identity in response to those we believe adore us, or those who despise us. We live and we die on the “Likes” on our latest photos or the retweets of our newest, brilliant observations.

Whether on social media or in our social circles, we often rise or fall based on consensus of the crowd.

It’s as if we are continually polling the public on our self-worth, seeking feedback on the way we look, the causes we support, the marriages we have, the kids we raise, the stuff we say.

Everything is guided by analytics.

How about you? Who has your ear? Who is most shaping your understanding of you—your critics or your cheerleaders?

Please know that neither is the wiser path.

The truth is, we really can’t let the effusive praise or the angry condemnation we receive from either side have the greatest say in our hearts or become the loudest voice in our ears.

Too much of either side is a deadly toxin to Self, a letting-in too much of the outside than is useful.

If we listen only to our critics, our self-worth invariably plummets. We wear every insult, every mean-spirited word, every perceived failure. Unable to quiet the roar of the ever-dissatisfied, we live always as less than, perpetually not good enough.

Yet if we listen only to our cheerleaders, we become horribly inflated, as if we are above reproach and far too virtuous for correction. Vanity and self-righteousness sneak in, riding an intoxicating wave of yes-men cheers and banner-waver kudos.

Paul was a messenger, not defined by the reception to his message. His worth came from something far greater.

For you, it may be deeply held religious beliefs, or it may be the secure place you find in silence and solitude, far away from the crush of the crowd; the place where your passion and purpose are clear. Whatever it is for you, treasure that place and return to it again and again, so that you can remember the why that moves you to speak at all.

The critics and the cheerleaders are equally valuable, and in a, way equally dangerous. You and I can no more speak merely for the affirmation of those who agree, or stay silent because of those who would take offense.

Ultimately, the only reason to ever say anything is because we are driven and called to, regardless of the reaction to our words. Anything else, and we will end up just chasing applause or dodging the stone-throwers.

The critics and the cheerleaders will never be very far away for very long, especially if you live in the public eye. (And if you exist on social media in any capacity, then you do). Receive what each willingly offers you every day, sifting those words for truth, but hold them all loosely. Sometimes the critics have great wisdom despite their hurtful delivery, while the cheerleaders may simply be unable or unwilling to tick you off with honesty.

The Voice You Should Be Listening To
Be able to eventually release yourself from those who support you and those who disagree with you, and then act outside of the jurisdiction of either. Live your life from a place that is separate and distinct from the crowds. That is the place you exist.

This is where your convictions live, and if those convictions don’t transcend other’s opinions of them, they aren’t strong enough yet.

Never let the voices of the critics or the cheerleaders drown out the still, small voice of God. Keep listening for that voice, and when you hear it—speak boldly.