Why Christian Women Need To Stop Waiting On Men 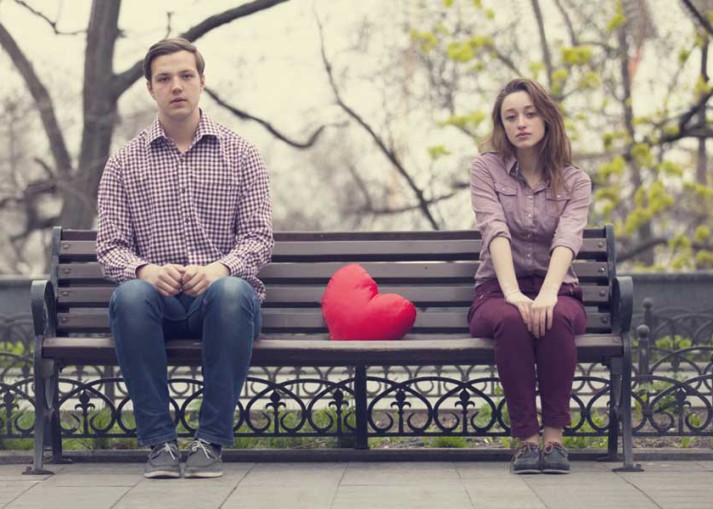 I recently did a dating Q&A online, and out of the hundreds of questions submitted, I started noticing a theme that made me sad.

Question after question, I was hearing from women with similar concerns. Questions like:

Why do men expect so much but give so little?

How do you attract men, not boys?

Why is it so difficult to meet godly men, who don’t just profess their beliefs but actually run after God?

As a Christian woman, does it set a poor precedent to be the one initiating a relationship?

We’ve been friends for years, how do I know if he likes me?

What do men think of a girl pursuing them?

It seems to me that in some Christian circles, we have created a culture that tells single women that they must wait on men to make the first move, that they should give the brunt of responsibility in relationships to the man.

There’s nothing wrong with wanting a man to take some initiative in a relationship, but women also need to take responsibility for their relationships. This can look different depending on the person and situation, but here are a few places to start:

Start Spending Time With Better Guys. They’re Out There!
I always get questions from women disappointed in the men in their lives. Lying, cheating, passive, arrogant, rude, selfish—the list goes on and on.

Some women have a hard time believing there are still good guys out there, so they settle for men who treat them poorly. But what I would say to these women is to stop simply complaining about the “jerks” in your life and instead do something about it. Invest your time in the good ones. I know they’re out there, because I interact with them every single day through my blog and through the churches, colleges and conferences I visit.

Take responsibility for your relationships by investing your time in people who value you.

Stop Being OK With Giving So Much and Receiving so Little
Another thing that comes up again and again is the idea of women who feel that they give too much and men who, they feel, give too little. But partly, I think this is also a representation of the kind of relationships some women allow themselves to engage in.

There are plenty of times in the Christian life that we are called to invest and pour ourselves into others without expecting anything in return, but the outset of a romantic relationship is not one of those times. If someone is giving too little, why waste another moment trying to convince them to give more? If this is the kind of dating relationship you’re in, imagine how terrible it will be to carry that kind of interaction into marriage.

Stop Waiting Around and Start Living
I recently read a Christian article that encouraged women to “wait on the men.” I’ll be honest, I totally yelled at my computer screen at some point during that article. I’m was pretty sure Scripture encouraged us to wait on God, not men.

It seems to me that some churches have encouraged Christian women to just wait around, letting the men in their lives “lead the way.” Sometimes, the way this plays out is women passively following along in an ambiguous, awkward, who-knows-what-this-is kind of relationship where they have no idea if the guy is interested in them or just sees them as their “sister in Christ.”

Some awkwardness and misunderstanding is inevitable in relationships, but sometimes, Christian women get so bogged down by the concept of men being “leaders” that we fail to recognize that God only calls us into this kind of “leading” relationship within the walls of a loving, respect-filled, and mutually submissive marriage.

Single women need to take responsibility for relationships by making sure to catch themselves when they start moving into “ambiguous territory.” When your relationship with a man starts getting exclusive, emotionally intimate, physical or starts to resemble a dating relationship in some way—don’t wait around for the next few months (or even years) wondering what’s going on in his head.

Protect your heart by either taking a few steps back and giving him room to actually pursue you, or going ahead and asking him what’s up. “Our friendship is starting to look more like dating. What are your intentions here?” Churches should encourage women not to just blindly follow, but instead to take responsibility for their relationships by protecting their hearts and minds from the zone of ambiguity, because it’s right there in the twilight zone of relationships that the most heartbreak and confusion actually occurs.

God calls us to guard our hearts, and that means taking responsibility for our lives and relationships, not just “waiting on men.” Because ladies, anything valuable is worth protecting—and each and every one of you is extremely valuable.

This article was originally posted on truelovedates.com.