Longing To Fill The Emptiness Of My Life, I Traded My Body For Money 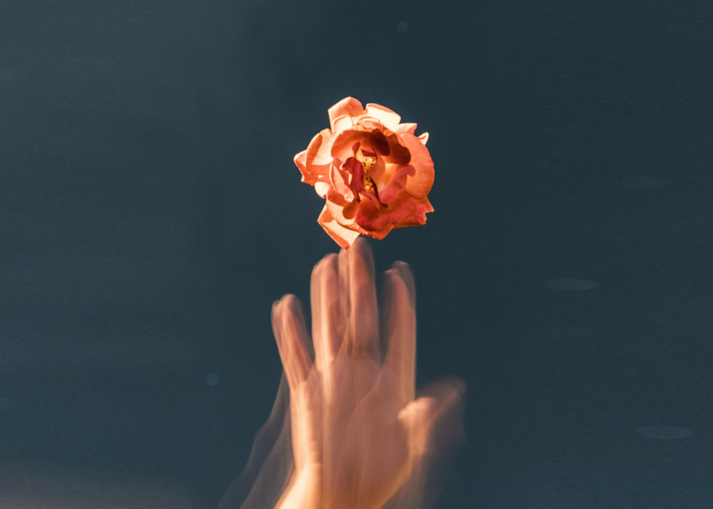 People ask me why I am so crazy about a God I can’t see.

I attended church since young and knew of a God who is holy. But I did not understand how people could serve and obey Him with such fire. I would only find out for myself many years later.

Although I was born into a Christian family, my picture-perfect family was broken when my father walked out on us with no farewell when I was just 10. This was the start of a rocky relationship with the faith for the next decade.

By the time I was 22, I had dropped out of polytechnic due to depression, started working at a friend’s company only to quit in less than a year, and was left feeling very hopeless. I was lost with no ambition or direction, and I saw myself as a failure who couldn’t do anything well.

So it became a reckless and impulsive time of my life.

All I knew was to fill that longing for something more with partying, alcohol and sex. I also pursued relationships with the same gender. As God had completely been left out of the picture at this point, I don’t think I ever stopped to consider if these things were good or beneficial for me.

With my broken relationship with my dad came an insatiable hunger for affirmation, especially from men. Seeing that guys were taking interest in me because of my body not only gave me a sense of security and worth – I also started toying with the idea of making money off their attention.

When I found out that there were ways to get paid for my time with them, I thought it was a good deal. Given my numerous past relationships, this was something I was confident in. You can be independent and support yourself, I told myself. You don’t need anyone.

But after my 4th client, I remember how empty I felt.

Even trying to spend the money I had made to find comfort in the things I could now “provide myself with” meant nothing to me. I felt like I was in an abyss, a place darker than I had ever been before.

It says in Song of Songs 8:7 that if one were to give all the wealth of one’s house for love, it would be utterly scorned. I understand now that love truly cannot be bought, and that my heart was desperate for a love that money could not buy.

Devoid of love, I was desperate for change, so sick of feeling satisfied in the flesh but depressingly empty in the spirit.

I knew that what I was doing was not right, but God was so distant to me by then. If there really is a God, I thought, He probably wouldn’t want me.

It was around this time that a few friends, who didn’t know much about my struggles, invited me to various church events. I would find myself weeping through worship and the sermons preached, just crying for “no reason”.

I could feel God saying to me: “Come back, you don’t need those things anymore.” I knew He was referring to everything I had given my life to.

But despite the tug I felt in my heart, I would reply: “No, not now.” I still wanted to have fun and a part of me was terrified of what I would have to give up. It wasn’t so much about walking away from the lifestyle, as it was about needing to face the reality of life.

I didn’t know it then, but I would come to realise that there was no reason to fear because with God, I didn’t have to go through life alone.

One day, I was in a conference where Heidi Baker was speaking. I remember her saying, “love looks like something”, and I thought about my life and how I was looking for love in so many places and treating it like some sort of mechanical exchange.

It gave me some form of hope in a love that I never had before.

When the worship team sang “Good, Good Father” at the altar call, I responded by stretching out my hands. And somehow, at that moment, my soul opened up to God and I felt His love rushing through me, sweeping away the condemnation I felt.

How could a God so holy and pure touch someone like me, a woman who had done so many bad things and was so unholy? But if He could, then of course I would accept His Son Jesus Christ as my Lord and Saviour!

I suddenly knew what repentance was, that I was no longer running away but instead giving myself wholly to Him in thankfulness.

To have had a complete change of mind and heart within a year was something only God could have done. Unhealthy relationships stopped, vices faded away and my need for love was now satisfied in knowing Him.

Compelled by His compassion and mercy over my life, I gave back all the money to the men whom I had dealt with.

They were confused, and I remember telling one of them who asked me why: “Where your heart is, there your treasure is also (Matthew 6:21).”

There have been moments on this journey out of darkness where I wonder if church people would judge or reject me if they knew my past. Would some of them think I am not worthy to be a Christian?

But this is why I am crazy about God – I am not worthy, but He says I am. I am that woman who broke her alabaster jar at the feet of Jesus – because she who has been forgiven much, loves much (Luke 7:47).

Along the way, I did meet Christians whose actions made me doubt if anyone could ever accept me. But I thank God that He allowed me to see how everyone’s on their own journey, and to give grace to those who have spoken hurtful words.

That’s really one of the best gifts Jesus has given me besides knowing Him. I love that about Him: He helps us to move from judgement to forgiveness, to show others how He really loves them too.

It took a whole 6 years to tell this story, a long time where I was put through a season of training and equipping. During this period, someone prayed over me, saying: “God sees you as pure, and He is going to use your story to touch nations.”

Earlier this year, I was in the Philippines for a 2-month-long mission trip when I felt led to share my experience with the youths we were ministering to.

Although I really struggled to mouth the words “I sold my body” and “God still loved me”, I remember two girls came up to me and said there were things in their life that they had never spoken openly about, but they wanted to share their stories with me! It brought me such joy that we could pray together after speaking about our painful journeys.

I know that there are women out there who have chosen the path I once did and perhaps are still on it.

Each of us has different reasons for why we have made these choices, ones that even I cannot fully understand, but I can say without a doubt that God sees through what we say with eyes of compassion. He sees what we truly are hurting over.

I know that for me, there was this intense restlessness after making those transactions for my body. I was so hungry for something although I did not know what I was looking for.

I now know that it was a God-given desire for His love. We will never find true rest until we find it in Him.

To those who think they’re the prodigals: If there was hope for me, there is hope for you. I leave you with the words God spoke into my heart when I was at my breaking point: “When you’re ready to come back, I will be here.”

You are never too far gone. There is a Love far greater than anything you have ever done waiting for you. With arms open wide.

The writer’s name has been changed for confidentiality.