What Is The Most Important Story In The Bible? 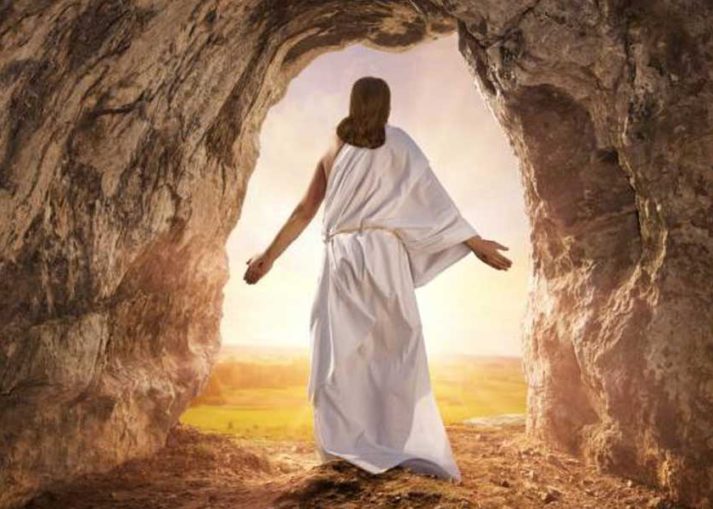 The Bible is full of amazing, true stories. We can read about The Red Sea parting for Moses, David beating Goliath, Jonah in the big fish, Daniel in the lion’s den and many more. These are all part of The Big Story, the story of God working through His people on earth, to bring us back to Him.

Have you ever wondered if the Bible has a most important story? Is there maybe a story that ties everything together into the Big Story? If there is, what is it?

“Jesus explained to them what was said about Himself in all the Scriptures. He began with Moses and all the Prophets” Luke 24:27 (NIrV)

“Jesus said to them, ‘This is what I told you while I was still with you. Everything written about me must happen. Everything about me in the Law of Moses, the Prophets and the Psalms must come true.” Luke 24:44 (NIrV)

When Jesus uses the word “Scriptures” and spoke about “The Law of Moses, the Prophets and the Psalms” He was speaking about the whole Old Testament (the part of the Bible about all the things that happened before Jesus came to earth). He was telling His disciples that when we read the true stories about real people like David and Samson and Elijah, about everyone in the Old Testament, they are telling us something about what Jesus was going to do. And they all came true!

But there are many things that Jesus did. What was the most important part of His story while He was on earth?

God used four men called Matthew, Mark, Luke and John to write the true story of Jesus while He lived on earth, in stories called Gospels. They have been collected in the New Testament for us. The four writers spend the most time in those stories telling us about the week leading up to when Jesus would be crucified, and tell us about Jesus coming back to life. (A big word for coming back to life is resurrection.) Because they spend so much time looking at the Crucifixion and Resurrection, we can already see that the most important things that Jesus did was to die and rise.

Jesus Himself said that He would die and come back to life. In Mark 8:31 we read “Jesus then began to teach His disciples. He taught them that the Son of Man (a name Jesus used for Himself) must suffer many things. He taught them that the elders would not accept Him. The chief priests and the teachers of the law would not accept Him either. He must be killed and after three days rise again.” (NIrV)

God used Paul to write many letters that are in the New Testament. These help us understand what is so important about Jesus dying and rising. In 1 Corinthians 15:3-6 Paul writes “What I received I passed on to you. And it is the most important of all. Here is what it is. Christ died for our sins, just as Scripture said He would. He was buried. He was raised from the dead on the third day, just as Scripture said He would be. He appeared to Peter. Then He appeared to the Twelve. After that, He appeared to more than 500 believers at the same time.” (NIrV)

Paul explains that the most important thing of all is that Jesus died for our sins on the Cross, and then was alive again on the third day. He explains later in the letter that if Jesus didn’t come back to life, then our sins haven’t been paid for, and we couldn’t know God. But because Jesus was raised to life, we know that our sins have been forgiven, and we can know God.

Paul also tells us that because Jesus is risen, even if we die, we will one day be raised to have a body like His, and will live with Him forever, never getting sick or wanting to do bad things ever again. Real bodies that can touch and hold things, but that will let us love God perfectly, without coming to an end. Real bodies that will let us do wonderful things like hug the people we love, and eat and play, forever. Those who don’t die when Jesus comes back to get us will get new bodies like His too.

The Old Testament stories are wonderful and true, and we learn a lot about God and ourselves from them. But none of the people from the Old Testament died for our sins, so that we could be God’s children. None of them could do that, since none of them were perfect. Jesus was the only person in the whole world, in all of history, Who could take the sins of everyone on Himself. And Jesus is the only person to have ever come back to life again and to stay alive forever. Other people who came back to life, like Jesus’ friend Lazarus, still got old and died again. But Jesus is alive, today, praying for us.

This is why the story of Jesus is the most important story of the whole Bible, of the whole world! If Jesus didn’t rise, Christianity would be false, and humankind would have no hope.

But Jesus is alive! And because of that, anyone who puts their faith in Him will one day have the wonderful, real body that we described above! This is why we can know that we are God’s children and that our sins are forgiven! And this is why we must tell others about Jesus: that He died for our sins and came back to life!

Thank You that You are alive Jesus! Please let me live for You and tell others about You! Thank You Lord Jesus!

Liam Doyle is a high school teacher with a BA majoring in Ancient History and Classical Culture from UNISA. He has been involved in teaching ministry at his church for almost 20 years (kids, adult classes, small groups, young adults). Contact him on +27 82 569 8204 or biblicaltimeline01@gmail.com. See his blog at biblicaltimeline01.wordpress.com