Growing Up, I Thought I Was Never Enough 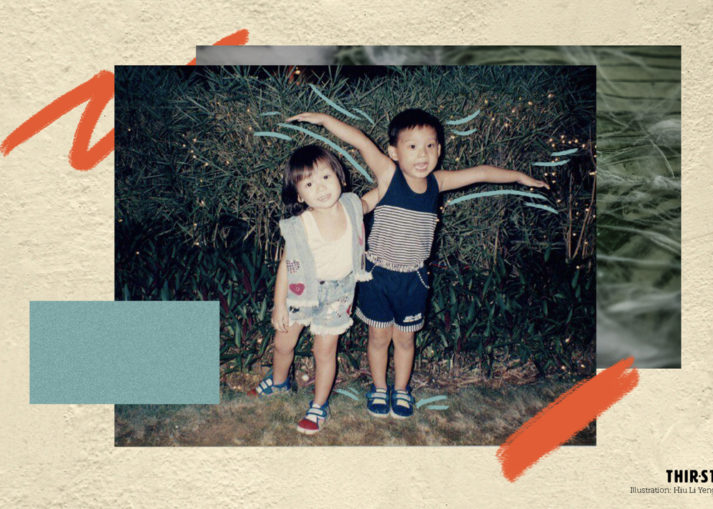 That’s probably the best summation of me. Not in a self-deprecating manner; it’s just that I never had the flair for much.

Compared to many of my multi-talented friends today who were often at the top of their game growing up, I would always try my best but it never resulted in much.

A dunce in the classroom, a klutz at music. I liked sports but was never nimble nor strong enough to pursue any particular one. So for a long time, I was someone without ambition. I remember my mum saying that a few times to me as well.

I believe she was right. I was unmotivated, lazy and often distracted and aloof. After all, how does one begin to dream when you are never enough for anything?

And perhaps then, the communities that I served could have found a little more relief, a little faster.

Because I thought I was never enough, everything seemed more difficult and more painful. I felt helpless.

Turning 31 this year, I am grateful to have overcome nevertheless and found moments of grace at every step as I trotted along, slowly and steadily.

These moments of grace were found whenever a teacher believed in me, a mentor inspired me, and friends would egg me on.

I definitely would not be where I am today without these people: I’m now married to a wonderful wife; I finally graduated from university this year; and I’m leading an awesome team at Solve n+1 to strengthen and support vulnerable communities.

Am I still the same person I started with? I suppose so.

(Left) Kenneth when he was younger; (Right) Kenneth leading one of his first mission trips.

This year, I discovered new depths of being “never enough”.My heart was crushed to hear about various calamities that affected so many of my friends in India, Pakistan, the Philippines, Myanmar, Malaysia… the list goes on.I had been looking forward to visiting them until travel restrictions kicked in. It was distressing to hear how quickly things had gone so terribly on their end. I miss them.

We were never enough, but as we persevered on in faith, I have found that God is.

Even in Singapore, the circuit breaker was certainly tough on so many of us, especially the less privileged. I felt like my hands were tied and I could only helplessly look on as these tragedies unfolded.

With the little that I had, I quickly gave, whether it was time, resources, attention – knowing that it would never be enough.

But I soon discovered that there were others like me. They joined me on what I call my “ridiculous journey” to help those in need, giving what they had, even when perhaps they too knew it was never going to be enough.

We were never enough, but as we persevered on in faith, I have found that God is.

In the midst of the circuit breaker, Kenneth and his team at Solve n+1 launched the Open Home Network, in partnership with Homeless Hearts of Singapore.

With the little that we had to offer, we witnessed both the promise and potential of grace to provide for those in need.

For example, I had the privilege of seeing our collaboration with Homeless Hearts of Singapore bear fruit in the form of the Open Home Network (OHN), an initiative to rally families to open their doors to the vulnerable.

Noting the rise in crisis numbers during the circuit breaker as families experienced tension from living in close quarters and existing relational and financial cracks became more obvious, we pushed to launch the OHN within a short span of time.

We envisioned building a network of families committed to supporting those who are in crisis, be it those sleeping outside, youth runaways, unsupported teenage mothers and individuals turned out of their homes due to family disputes.

The Solve n+1 team and the friends who rallied around them to start the Open House Network. (Right)

To get the OHN up and running, we encouraged the families we knew to get involved, from befriending to providing refuge in their own homes, while our team connected with shelters and the relevant agencies.

It was tough work, but it was important.

And along the way, we found fellow kindred spirits, folks who loved courageously and collectively. Our work certainly could not have been done without the participation of this orchestra of compassionate hearts playing a melodic symphony of love.

I was never enough, and I will never be.

And perhaps it was always supposed to be this way. Perhaps if I started out always being enough, I may never have had the privilege of experiencing this undeserving, God-given mercy called Love all my life.

I’m deeply grateful for the past 31 years. If I were given a choice to live it again, would I want an easier life? Perhaps. But I will never trade it for the divine tapestry that I am a part of now, the evidence of a Heavenly Father who deeply desires to be reconciled with me.

If this life I live – the way I am with what I have – is how He chooses to love me, then this is how I will forever pursue Him: To live a full life, never being enough.

I really appreciate everyone who took the chance to invest in me, to trust me, and to walk with me over the years. Truly, you have been more instrumental than you give yourself credit for. From the bottom of my heart, thank you.

I am never enough, yet I am so deeply loved.

All photos courtesy of: Kenneth Heng.