8 Things Christians Need To Do More On Social Media 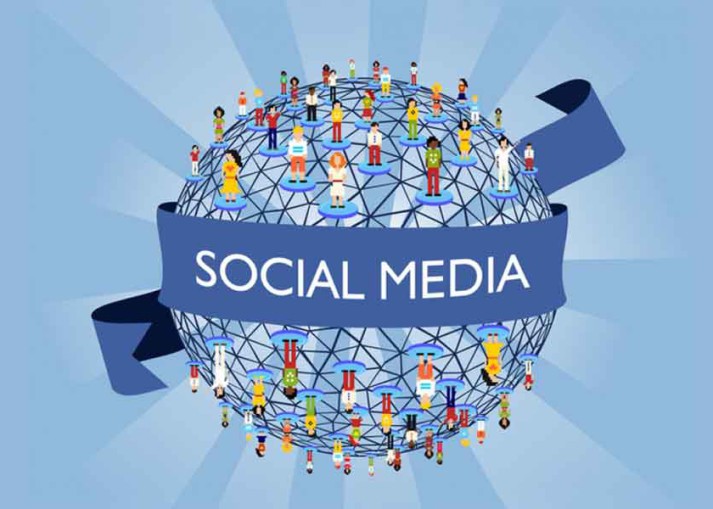 I’m terrified that because of social media, the entire world can see my words. It means I can hurt more than just the people in front of me every time I choose to not live like Jesus.

But what I’ve come to discover is, many people don’t realize this cost. We still treat social media as if it is an exemption from being responsible for our words and actions.

We need to get over the power that makes us feel we can say whatever we want on social media, and instead embrace the power to say what only builds up. When we are doing this, we can use social media as a tool for change—something that would honor the life of Jesus rather than shame it.

This doesn’t mean you can’t share your work with others online. This just means you shouldn’t use likes and comments as validation for yourself. Aim to connect instead.

2. Be Transparent, but not too Transparent.
Jesus revealed personal information to His disciples, not to everyone. This means we should strive to be transparent with those who love us and gather around us in real life. While social media opens our lives to the entire world, the entire world doesn’t need to know about everything. Be transparent, but mostly with your close friends in real life.

3. Ask Yourself: Could I Say This Same Thing in Front of Someone?
Social media distances us from the impact of our words. We could say things and then walk away from our keyboard, being blind to how others react to them.

But just because we can’t see the impact of our words in real life doesn’t mean our words don’t make a splash. If we’re saying things that aren’t words we would say in front of someone’s face, then we shouldn’t say them at all.

5. Learn to Listen Better.
When people see a status they disagree with, they’re quick to state their opinions in the comments. But this disables us from listening. In real life, we have to wait our turn to speak, but with comments, we simply have to scroll down. This is how some articles and discussions online can get so out of control—people refuse to listen and instead turn the subject into something entirely different.

Rather than being quick to voice your opinion, digest the words you’re reading first. Offer a thoughtful response only after listening.

6. Avoid Stirring the Pot With the Articles You Share.
Many Christians like to stir the pot with the articles they share on hot-button issues. But I would urge you to monitor how many articles you share that simply agree with your ideology. When you do this, you can run into the danger of making your beliefs purely about arguing opinions rather than living for Christ, which is a bad message to send to unbelievers.

You don’t need to stir the pot to show people Christ; you just need to live and love like Him.

7. No Racist Comments.
This one is obvious, but apparently needs to be said. Just because your friends on social media share your same values doesn’t mean you can say whatever you want to them. The truth is, when you’re on social media, you’re not only speaking to your friends—you’re speaking to the world. And one thing the world needs less of is words to perpetuate stereotypes and racial hatred.

8. Avoid Being Mean to Bloggers.
Social media is not an outlet where you can be mean to others because you don’t agree with them. If we don’t like a person’s art, we should be constructively sharpening them to think better, but we shouldn’t be tearing them down. Art is a personal thing, and you’re tearing at a person’s soul every time you choose to condemn their work instead of sharpen it. Instead, push them to be better in gentle ways.

Social media is a dangerous territory, but it’s possible to live like Jesus in midst of its complications. The key is to relinquish the false sense of power that fools us into thinking we can do whatever we want online, and instead pick up the love and character of Jesus Christ to shape our words. In the end, it’s those words that’ll make a difference.