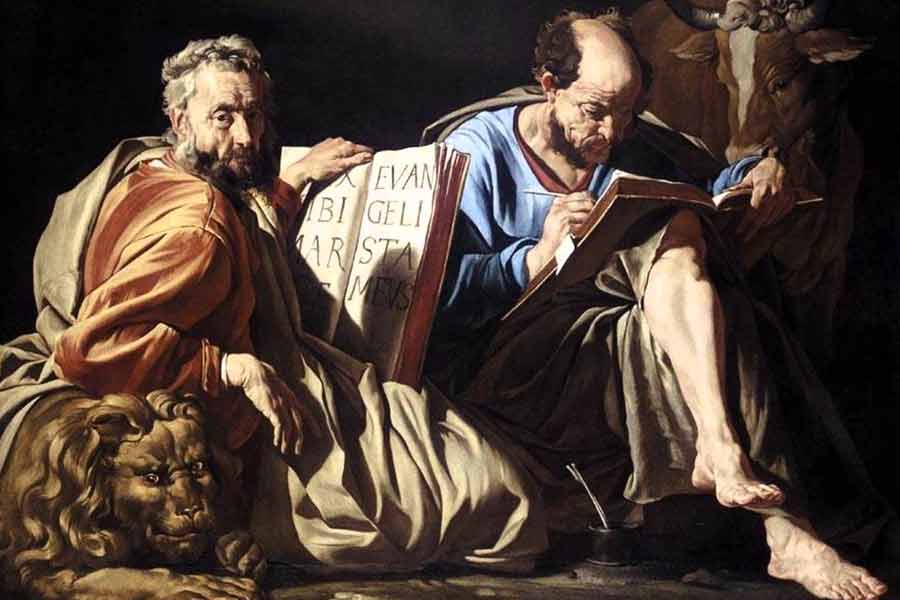 How Trustworthy Is The New Testament Compared To Ancient Historians?

When I was studying what would eventually be a double-major BA in Ancient History and Classical Culture[i], questions about the time between when our sources were written and the events they have preserved were hardly raised, and the transmission of those sources wasn’t touched on at all. I needed to research this topic personally if I was to be able to make any comment on it.

Sceptics of the historical truth of the New Testament, however, often cite how “late” the Gospels were written as a reason for dismissing it as conveying accurate history. The canonical Gospels are usually dated by more liberal scholars as follows: Mark in the AD 70’s, Luke and Matthew in the AD 80’s and John in the mid AD 90’s. While a good case can be made for earlier dating (as favoured in many study Bibles[ii]), and I fall in the minority view that even John was written before the fall of Jerusalem in AD 70, let’s discuss the assertions based on these later dates.

THE LATENESS OF SECULAR HISTORIANS
The argument as I’ve heard it (from agnostic New Testament scholar Bart Erhman, for example) is that since the Gospels were written forty to sixty years after Jesus was crucified, the stories had changed so much that we can no longer trust what they say. Not even focusing on the research that Dr James Dunn (to name just one example) has done in the field to show that oral history in an oral culture does not, in fact, get corrupted as sceptics assert it does, let’s see if this purported lateness is a reason to dismiss the Gospels as factually reliable.

How do ancient historians fair by these criteria: needing to be closer in time to the topics they write about? Tacitus’ Annuls was published shortly before he died (ca. 114 – 116), covering the years AD 14 – 68 (From Tiberius to Nero). Note that its content begins with information 100 years before the time it was written and published.

Josephus (AD 37 – ca AD 100) wrote The Jewish War in about AD 75 – 78, detailing the war against the Romans which took place in AD 66 – 73. He starts his account with the capture of Jerusalem in 164 BC by the Seleucid Ruler Antiochus IV Epiphanes, an event over 201 years before he was born.

Livy (c 60BC – c 17 AD) wrote his Ab Urbe Condita Libri (usually translated as The History of Rome) which chronicles Rome’s history from its legendary founding to his own day. Most agree that Livy’s credible history begins from the sacking of Rome by the Gauls in 387 BC, over 300 years before his birth.

Other ancient historians and writers, such as Suetonius and Plutarch to name two more, wrote about events 200 years or earlier than when they penned their works. Even Thucydides, who focuses mainly on The Peloponnesian War in which he participated, prefaces his work with what is known as the Archaeoligia, briefly describing the centuries leading up to the war. Russel Meiggs said that this preface proves invaluable to historians of this period. One last example: the earliest surviving literary source for the world conquerer Alexander the Geat is from Diodorus’s “Bibliotheka” written about 260 years after Alexander’s death.

All this demonstrates that ancient historians routinely wrote about events which were a century or earlier than their own time. Even if the Gospels were written a hundred years or more after the events they describe, this would not be a valid reason to dismiss them as historical. As we have seen, they were written much earlier than that (even by more liberal dating), placing them just 40 – 65 years or less from the death and Resurrection of Christ. Paul’s first letter to the Thesselonians is less than 20 years from this most important event.

THE NON-CORRUPTION OF THE NEW TESTAMENT TEXT
Another “reason” given to distrust or dismiss the New Testament is that the text has apparantly been so corrupted through centuries of copying that it is of no use in establishing what really happened.

Since all ancient texts had to be copied by hand until the invention of the printing press, it is only fair to compare the New Testament text to that of other ancient texts. If we briefly look at some of the manuscripts of the historians mentioned above, how does the NT fare?

In contrast the New Testament has about 5700 ancient Greek manuscripts. 99 of these are dated earlier than AD 400 and contain complete books dated from about AD 200 and a complete New Testament, dated to about AD 325.  The undisputed earliest manuscript is a fragment of John, about 9cm long and written on both sides, dating to about AD 125. With 5700 manuscripts in hand, textual critics – the scholars who ascertain what an ancient text originally said – have an unparalleled abundance of sources to compare and contrast to establish the original wording of the NT.

All in all, there are over 24 000 ancient manuscripts, if you include other ancient translations (such as Coptic, Gothic and over 10 000 Latin manuscripts). If one needed any more sources to get to the original content of the text, we have over a million citations from the early church fathers.

This is why the New Testament text is accurate to 99.9%. Translations today note those few places where there is still some uncertainty. If you check the footnotes in the NIV and ESV, for example, you will notice that there is no question about the historicity of Jesus and His Resurrection, and none of these verses impact on any key doctrines of the faith. Since so few manuscripts of other ancient authors survive, they can get nowhere close to such certainty in those texts.

I think it is safe to say that if you can trust three 800-year-later copies of copies of Tacitus to convey accurate history about events 100 years prior to when he wrote, by those criteria there are no grounds on which to distrust the New Testament from textual uncertainty or alleged lateness of compostion. Considering all the confirmation that the NT enjoys from archeology and other sources and disciplines, it is incorrect to treat it as anything less than historically reliable.

Liam Doyle is a high school teacher with a BA majoring in Ancient History and Classical Culture from UNISA. He has been involved in teaching ministry at his church for almost 20 years (kids, adult classes, small groups, young adults). Contact him on +27 82 569 8204 or biblicaltimeline01@gmail.com. See his blog at biblicaltimeline01.wordpress.com

[1] I studied through UNISA. They no longer offer these 2 subjects as majors, but still have courses in Classical Studies with what were my majors as optional streams. I still hope to pursue my honours degree in the future.

[3] Many sites on the internet give much lower numbers for manuscript copies, and much later dates for surviving copies, due, I would think, to outdated information. The figures given in this paragraph are taken from the ESV Study Bible, 2008. It should be noted, however, that even when the lower figures and later manuscript information was current, scholars still didn’t dismiss the works and authors as unreliable.