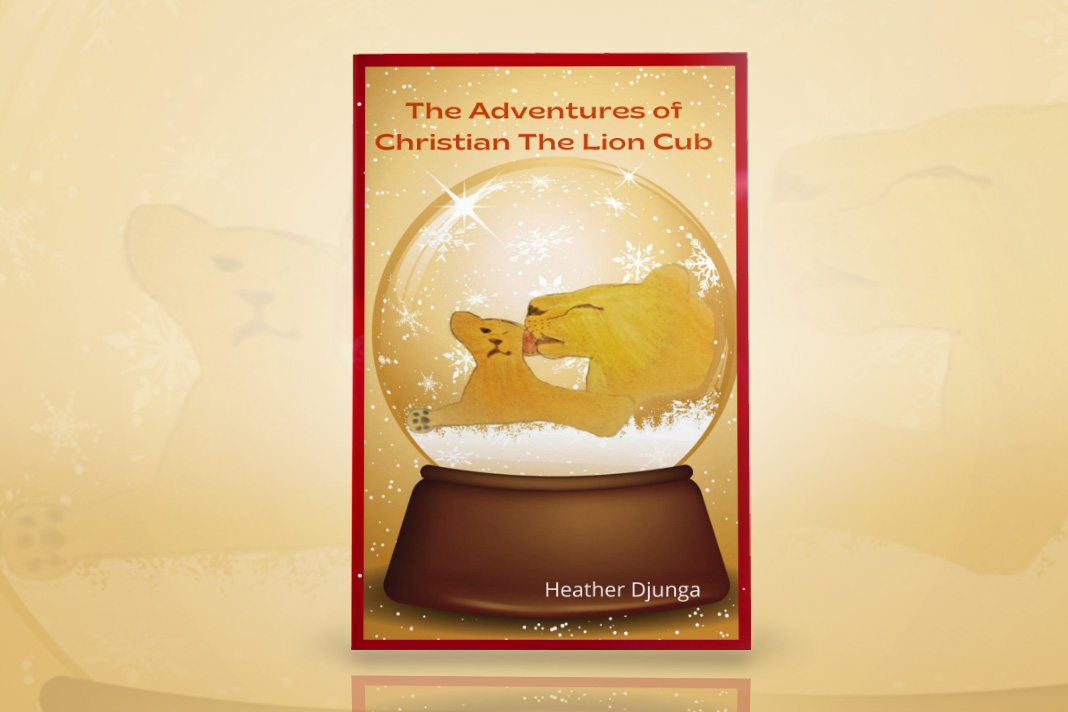 The Adventures Christian The Lion Cub

Christian’s mother and father always tell him that he is unique in all the forest, and Christian loves his animal friends for this same reason. There is Mila the firefly, shy and unassuming but with a light that comes from deep within. There is Zeb, or Zebulun, the zebra, a few stripes short of a zebra crossing, but crazy fun to be with. There is Kimba the kangaroo… something of a prima donna but nonetheless, dear to Christian.

This locally-written book is the work of Johannesburg-born writer Heather Djunga, who has progressively developed the character of Christian the Lion Cub and written about his adventures since her son, Christian (8), was a year old.

Readers are encouraged to journey with the inquisitive, personable cub through the Rainbow Forest in a series of adventures, each of which offers its fair share of wisdom, playfulness and humour. The lessons in the narrative point to greater truths, which both adult and children readers can draw from, and which Heather has woven into the narrative, as they bear witness to her own life experiences. “When my son was born, I wanted to write a story for him which would hold the
essential truths I had learned on my own journey. I wanted to write a story which wasn’t about lofty wisdom but offered truth through the eyes of a child, since the Lord tells us that the children have something special to teach us about how they consider Him. I believe faith is a practical thing which can be a part of everyday life, and hope can become something real and attainable if we understand we are not alone, as Christian learns on his adventures with the King, who he
comes to learn has a special name – Jesus. So much is changing in the world, but there are many things that haven’t changed since I started writing the book. For example, the introduction of the chapter which I wrote on hope (right at the end of the book), was written in 2013 but its words still ring true.”

Christian the Lion Cub’s great dream is to reach the top of the Great Mountain, but he somehow never quite gets there.
There are all kinds of things to overcome, including the dinner birds which his  mom sends out to call him home for dinner in the evenings. In one of the adventures Christian gets stuck at the top of a tall tree in the Valley of Giant Oaks. In another, he walks through the rain to consult with a wise turtle in a quest to find ‘the golden
rule’ and in all the excitement of the day, somehow doesn’t make it to the mountain.

Still, the cub learns through his adventures that the beauty and thrill of life isn’t just in the destination but also in the journey, and he realises all the wonder of the Great Mountain is already in his heart – as his roar, which he yields to at the end of the book, when circumstances become such, that he has to be braver than he has ever been and become the lion he was created to be.

As the book’s sleeve description reads: “It isn’t that Christian sets out to roar one morning, when he stands up on his log podium to share with his friends. Roaring is actually the last thing on his mind, but something has disturbed him in the night and he has to let the others know.”

To order a copy of the book, contact livingoutloud.life@gmail.com. Readers can also send through feedback and comments to the same address. The book can also be purchased on Amazon, at https://www.amazon.com/dp/B08RSPHLBQ

Read The Adventures of Christian The Lion Cub here.