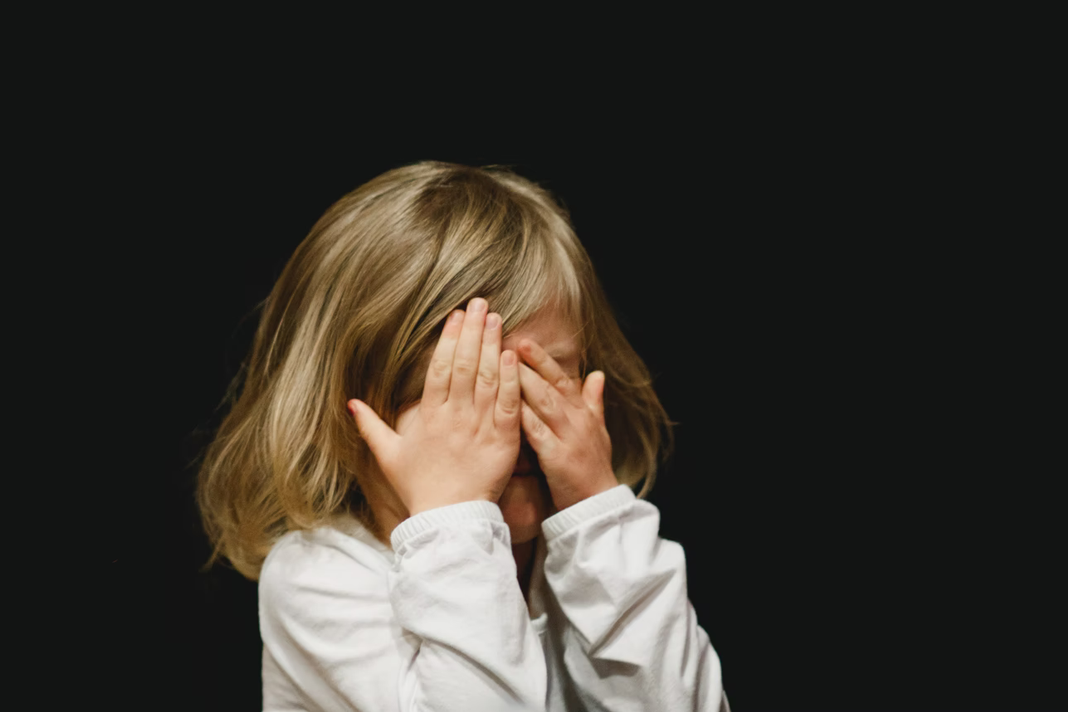 Alternative Cause For Behavioral Disorders

There are three clusters of personality disorders: odd or eccentric disorders; dramatic, emotional or erratic disorders; and anxious or fearful disorders. These are the conventional medical clusters. This article introduces a new name that group many of these behavioral disorders in one group. The reason being that this new group name can explain the root cause of most if not all of these categories of behavioral disorders that do not have a medical explanation.

ExferanxiaticBehavioural Disorderis a psychological pattern in which an individual’s mind is being controlled by other spiritual beings. This mind control can be with or without the person’s approval or awareness.

Individuals with EBD incorrectly attribute their behaviour and verbal expressions as being their own thoughts, their own expressions and their own actions. They interpret it as a result oftheir own deliberate action and own thought process. They try to explain it to be split personalities or even multiple personalities, or Schizophrenia. To date,there are very few medical practitioners that will acknowledge that EBD is a condition that can be used to explain many of the personality disorders.

They are either being deceived in that they see and hear themselves saying and doing things that they accept as their own behaviour even though their behaviour is out of character.  It is abnormal from their own normal behaviour. They accept the abnormal behaviour as being normal, or they are deceiving others that their abnormal behaviour is actually normal behaviour.They regard good as bad and bad as good. They become imposters and present themselves as being good while they are in fact evil. People around them initially see the difference in their behaviour but eventually it becomes blurry and the clear difference between good and bad disappears. You get comments such as; “ O well you know John, just accept him as he his, it is just his normal behaviour.”  People then start to accept the evil as being acceptable and eventually they accept it as good and start to think that the good is actually the bad. Similar to someone saying: “ If you love me, you will allow me to use drugs.” So for you to be good you must be bad, because only a bad person will allow another person to use drugs. This good/bad relationship has become so mixed up that most people reading this example will agree that you must allow someone to use drugs if you care about him. You must agree to whatever makes him happy.

EBD has been recognized to affect both men and women equally.EBD also occurs in the context of mental illness and its treatment. Conventional medical practises regard these individuals as having a mental disorder and treat their symptoms with conventional medicine, with the result that these people see themselves having some chemical imbalance that can be resolved by taking conventional medicine. These conventional medicines suppress their actions and thought processes.  These people end up not seekinga solution for the root cause of the problem and they are left in a state of being half a vegetable with limited mental function or even a fully fledge vegetable. In earlier years these people were institutionalised. Locked away and forgotten while real treatment was just a step away.

History
Behavioural disorders are as old as humanity itself but the first recorded cases that were treated was in the year 30 AC. In the book of Matthew, Mark, Luke and John. They recorded where a man by the name of Jesus and His Disciplestreated people with behavioural disorders. It was then already identified as a spiritual sickness. Well known writers such as Josephus Flavias, that lived during this time, also recorded some of this in his books. Flavius Josephus was a historian and kept very good record of all that happened during his time.

We all know that humans consist of a spirit, a body and a soul. The soul is our minds and intellect while the spirit is aseparate being that lives within our body. This spirit beings can also exist outside of our body. The human spirit includes our intellect, emotions, fears, passions, and creativity. It is a function of awareness, insight, understanding, judgement. It gives life to our physical bodies. It is a supernatural being that can be bodiless but can become visible and can occupy a body as in the case of humans. These spirits can be clean spirits or unclean spirits.

These people in those days had abnormal behaviour and sicknesses. The symptoms were similar totoday’sepileptic attacks, asthmatic attacks, and other uncontrolled muscle movement sicknesses including convulsions. It is recorded that people had “unclean spirits” that tormented them and that caused these behavioural disorders.

On July 1, 2016 , The Washington Post ran an article called – As a psychiatrist, I diagnose mental illness. Also, I help spot demonic possession. How a scientist learned to work with exorcists.

Fighting Satan’s minions wasn’t part of Gallagher’s career plan while he was studying medicine at Yale. He knew about biblical accounts of demonic possession but thought they were an ancient culture’s attempt to grapple with mental disorders like epilepsy. He proudly calls himself a “man of science.”

Yet today, Gallagher has become something else: the go-to guy for a sprawling network of exorcists in the United States. He says demonic possession is real. He’s seen the evidence.

In the late 1980s, I was introduced to a self-styled Satanic high priestess. She called herself a witch and dressed the part, with flowing dark clothes and black eye shadow around to her temples. In our many discussions, she acknowledged worshipping Satan as his “queen.”

I’m a man of science and a lover of history; after studying the classics at Princeton, I trained in psychiatry at Yale and in psychoanalysis at Columbia. That background is why a Catholic priest had asked my professional opinion, which I offered pro bono, about whether this woman was suffering from a mental disorder. This was at the height of the national panic about Satanism. (In a case that helped induce the hysteria, Virginia McMartin and others had recently been charged with alleged Satanic ritual abuse at a Los Angeles preschool; the charges were later dropped.) So I was inclined to skepticism. But my subject’s behavior exceeded what I could explain with my training. She could tell some people their secret weaknesses, such as undue pride. She knew how individuals she’d never known had died, including my mother and her fatal case of ovarian cancer. Six people later vouched to me that, during her exorcisms, they heard her speaking multiple languages, including Latin, completely unfamiliar to her outside of her trances. This was not psychosis; it was what I can only describe as paranormal ability. I concluded that she was possessed. Much later, she permitted me to tell her story

Gallagher calls himself a “consultant” on demonic possessions. For the past 25 years, he has helped clergy distinguish between mental illness and what he calls “the real thing.” He estimates that he’s seen more cases of possession than any other physician in the world.

Frequency
How many people suffer from EBD ? Statistics do not exist but based on experience amongst those that help people with EBD, we can estimate that a vast number of people suffer from EBD, to greater or lesser degree. Some cases are very serious while others are very mild cases of EBD. Most known behavioural disorders can be classified as EBD. People with anger problems, drug abuse, substance abuse, eating disorders, mental disorders, physical disorders, other addictions, sexual and physical abuse, domination, oppression, Satanism, spiritualism, occultfollowers, sorcerers, witchdoctors, new world order followers, etc. There are cases where behavioural disorder occurs, purely as a result of a medical condition. These cases are related to accidents and traumatic events and are not associated with EBD.

Symptoms
The symptoms include:

Incapacity for normal living.  An unusual desire for solitude, accompanied by a deep loneliness. The person will often become very passive with no desire to change.

Extreme behaviour Violence will be evident. An explosive temper and extreme, uncontrollable anger.

Personality changes Multiple personalities exist in some of the most serious cases.   Changes in personality, extreme or mild.

A terrible inner anguish Various levels of anguish. Grief and anguish are normal emotions for us all, but persistent, unresolved anguish that will not leave after normal therapies andcounselling.

Unexplained illness with no obvious medical cause
When medical testing produces no physical cause for an illness.

Occult involvement and behaviour
The works of the occult and witchcraft, including child sacrifice; fortune-telling; soothsaying; interpreting omens; sorcery; and the work of those who conjure spells, mediums, spiritists and those who call up the dead.

Categories
EBD can be categorised as being mild,serious and severe.

Mild: the person appears to be normal and only a well trained professional will be able to diagnose EBD.

Severe: Severe cases are highly traumatised individuals that either border on being regarded as dangerous or can be a danger to themselves and other.

Occurrence
Behavioural disorders are not uncommon. It is estimated that at least 70% of individuals will experience signs and symptoms of behavioural disorder at least once in their life.This is a result of the general acceptance of behavioural practises that used to be regarded as abnormal. Access to the internet, computer games and other visual information brought the root cause of EBD into homes and peoples private space, exposing them to a new experience. The people being unaware and uninformed accepted these influences as being normal and harmless not realising the consequences.  They do not even know that EBD exist and that their behaviour has changed. People want to be part of the new age and new world order and modern practices and in the process the become infected with EBD. It starts at a very young age and continue to be in  a person for the duration of his/her life unless treated successfully.

Connections
Research has shown that there is a relationship between EBD and the following:

The aspects listed is not a comprehensive list and they are not mutually exclusive. These components are often found to correlate among individuals with EBD.

Management
EBD can be self managed as long as the person is well informed and has the necessary knowledge. This is however not advised and professional help is the better option. Professionals in this field are fairly scares, especially the good ones. People must make sure that they consult someone with experience and a good track record.

Managing EBD incorrectly can be disastrous and the person can end up much worse than before the treatment.

Being healed from EBD requires that the person complies with very strict conditions to reduce the risk of reappearance.

Many people with mild EBD should rather learn how to deal with EBD than trying to be healed from EBD. Those with serious and severe EBD must ensure that they know what they are in for before they go for any treatment.

Various individuals who had EBD have publically confessed that they have been healed and set free from addictions and drug abuse, raging anger, pornography, being abusive, gluttony, fear, anxiety and many other EBD conditions.

There are many books and other literature dealing with deliverance. These books are widely available in book stores and on the Internet. People such as Rebecca Brown and Wynand Lombard have published books that are very helpful.