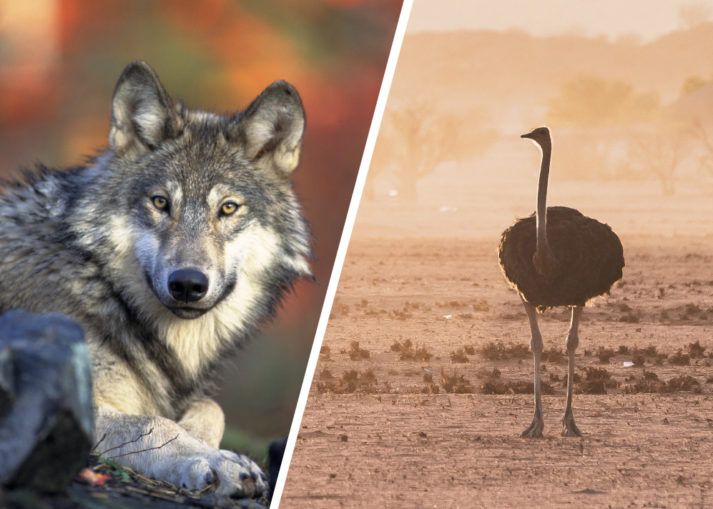 We are missionaries waiting to acquire land in Botswana for God’s purposes. Towards the end of 2020 when we were finally granted permission to cross the border into Botswana, which was closed to the public, we were overjoyed. On arrival we self-isolated for 10 days on Parr’s Halt farm, courtesy of the owners Cobus and Ulinda Smit. We stayed in the bushveld near the Limpopo river and were surrounded by the animal kingdom (in which we delight). One morning I was singing in tongues (the heavenly language) to an ostrich who was grazing at a distance from our house. To our astonishment she came soon after to drop an ostrich egg right at our backdoor where I had sung to her minutes before! Was this a coincidence or a soul connection that I had made with the ostrich?

Unusual experiences with animals
There are many people who have unusual experiences with animals. The most famous one is Saint Francis of Assisi. He is one of the most revered religious figures in Christianity and well known for his patronage of animals and the natural environment. Pope John Paul on 29 November 1979 declared Saint Francis the Patron Saint of Ecology.

Saint Francis of Assisi
One of the most famous accounts of Saint Francis of Assisi’s care, his unusual interaction and influence over living creatures was about the terrible wolf of Umbrian city of Gubbio. A large, ferocious, and fearless wolf had set out camp outside the city, regularly feasting on the town’s livestock and killing several people. St Francis decided to save the situation and ‘talk’ to the animal. Everyone tried to dissuade him, fearing that he would be killed. Despite their pleas he left and they watched him anxiously to see what would transpire. The fierce and hungry predator emerged from the forest and stalked Francis, circling closer and closer.

Seeking peace with creation
St Francis, unafraid and moved by a deep love for animals, made the sign of the cross and communicated with the wolf. Before long the previously terrible wolf lay down meekly at his feet. With the wolf tamed, St Francis brought him back into the city. He struck a deal with the townspeople that they would feed the wolf instead of seeking revenge. The townspeople were convinced that St Francis acted on behalf of God to make peace between the ferocious animal and the citizens of Umbrian. Is this fiction or true? In my opinion it is true.

For anyone interested in following our journey as travelling missionaries, visit our website at www.lofunlimited.org
Please donate and help us educate people to treat animals better, WhatsApp “LOFU” to 060 070 2753

Have you had an unusual encounter with an animal? Email info@joymag.co.za to share your story with us!