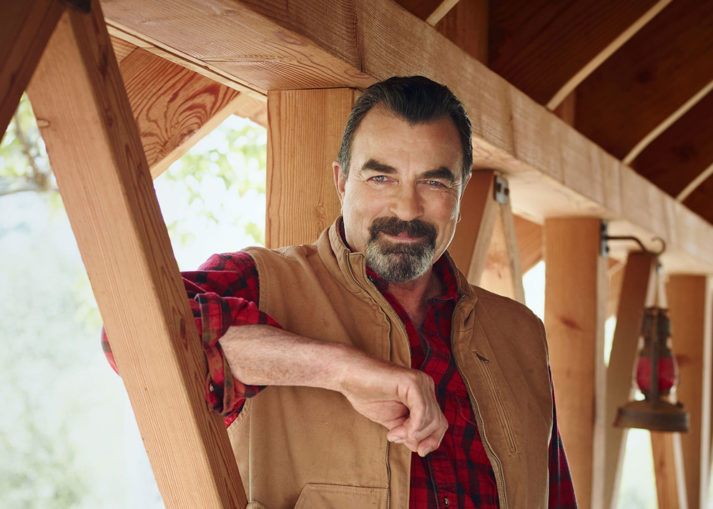 Hollywood is known for its lack of morals, its advocacy of debauchery, and its blatant disregard for our Christian faith, and all that we hold dear. I was blown away however, as the more research that I did on Tom, the more I fell in love with his powerful testimony and his outright love for Jesus. He stands out amongst the thorns in a city of sin.

Hollywood heartthrob
Thomas William Selleck, born 29th January 1945, is a Hollywood heartthrob who has captured the hearts of many women over the years. Tom is known for his lead role as Thomas Magnum in Magnum, P.I., as well as more recently for his role as Frank Raegan, NYPD Commissioner, in the popular TV series Blue Bloods. The characters that he has always portrayed are those of high moral standing and valour, but this is not just an act. Selleck has received many awards and accolades due to his outstanding character.

Outstanding character and ethic
On April 28, 2000, he received an honourary doctorate from Pepperdine University. He was chosen because of his outstanding character and ethic. He is a board member of the non-profit Joseph and Edna Josephson Institute of Ethics, as well as co-founder of the Character Counts Coalition. Selleck received a Star on the Hollywood Walk of Fame in 1986. It’s refreshing to know there’s also a strong backbone, a good heart, and a man of true character behind that iconic mustache! “A good name is more desirable than great riches, and loving favour is better than silver and gold.” – Proverbs 22:1.

Serving in the military
But before Tom could become the star he did, God had another purpose for him. Conflict arose and American entered into the Vietnam War. Tom was part of the draft, and left to go and serve his country. He did so with just as much dedication as he’d shown in the other areas of his life. Tom spent 6 years in the California National Guard in the 160th infantry regiment from 1967 to 1973. He was even included in some of the recruiting posters! And those years of service remain some of his proudest. “I am a veteran, I’m proud of it,” Tom Selleck says. “I was a sergeant in the U.S. Army infantry, National Guard, Vietnam era. We’re all brothers and sisters in that sense.”

His personal life
On August 7, 1987, Selleck married Jillie Mack. They have one daughter, Hannah Margaret Selleck. The family lives in Thousand Oaks–Westlake Village, California, on a 60 acres avocado farm. Selleck has talked about living and working there: “I like to get outside and work on the farm, from fixing roads to clearing brush. I hate going to the gym, so sweating outdoors sure beats sitting on a stationary bike staring at my navel. And I work cheaper than anyone I could hire to do it.” Selleck is a hardworking, and upstanding member of society. He has a wonderful and powerful testimony, and he openly puts Jesus at the centre of his life, something that has become more and more rare in this world.

He owes it all to Jesus
Tom Selleck reminds the world what a true man looks like. But despite his great fame and fortune, Selleck takes no credit for himself, but instead he attributes it all to his Lord and Saviour, Jesus Christ. In addition to his unwavering character when it comes to his faith and family, Tom Selleck is also one of the strongest Christian conservatives in Hollywood. Today, Selleck hopes to encourage others to live a Godly lifestyle, led by Biblical principles instead of selfishness, a sense of entitlement, and greed. Through all of his incredibly successful films, television shows, and other entertainment ventures, Tom has always strived to maintain and project a strong sense of ethics, as well as live his life through the Word of God.

Selleck shared, “I try very hard to conduct myself in an ethical way, because that’s important to my stability now. We’re a culture that’s so centered on the individual. The culture says that basically nothing is more important than the way you feel. We’re living in an age that celebrates unchecked impulses.”

Inspiration to all
Tom Selleck’s life boasts of what God can do when one man is willing to hold fast to his character, work hard, honour his wife, lead his family, and make a difference. And there’s no doubt that Tom Selleck’s life has inspired viewers of all ages. The verses Proverbs 16:9 and 1 Peter 5:5-7 come to mind when thinking of Tom’s life, “A man’s heart plans his way, but the Lord directs his steps.” And, “Humble yourselves, therefore, under God’s mighty Hand, that He may lift you up in due time.”

The world needs more men like Tom
Tom’s steadfast character and undeniable love for his family sets him apart, while his faith and trust in the Lord is indeed a beautiful sight to behold. Thank you Tom Selleck, for your unashamed faith and unwavering principles. Selleck will forever be one of the world’s most beloved actors. The world needs more men in Hollywood like Tom Selleck.