The Spirit’s Ministry Of Convicting 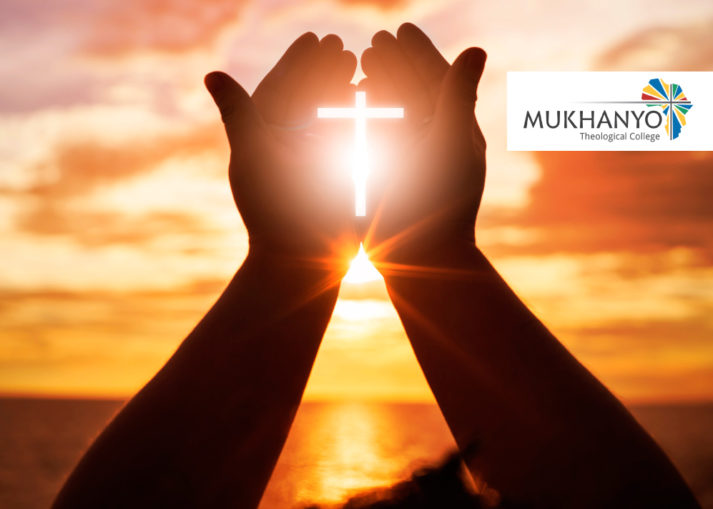 “…And when he comes, he will convict the world concerning sin and righteousness and judgement.” – John 16:8

A pastoral worker at Steve Biko Academic Hospital was called to speak to a troubled patient. The woman was to undergo a high-risk operation, and she was worried. As they spoke, it became clear that the woman was terrified of dying. The pastoral worker soon discovered the underlying reason: she was unsaved, guilty of sin and, therefore, without peace. By God’s grace, she opened her heart to the words shared with her and was led to repent and to trust in the Saviour Jesus Christ. Her anxiety dissipated. She had found peace with the Lord.

He felt a fire burning
In 1994, Samuel was studying theology at Mukhanyo Theological College. In class, he was learning biblical teaching. At home, however, there was a mix of African Traditional Religion. While conducting a study of Joshua, they dealt with the section following the fall of Jericho, when Achan was found guilty of taking forbidden articles from Jericho and hiding them under his tent. Achan and his family were stoned to death and burnt. As Samuel sat on his bed at home, he considered these things and suddenly began to sense himself burning. Under his own bed, there were some forbidden articles, things he was trusting in to keep away evil spirits and bad luck. He gathered his family together to help him burn those items and everything in the home related to unbiblical worship.

The Spirit convinces the sinner that their only hope is in Christ.

The Holy Spirit at work!
In these two remarkable events, there was more at work than merely one woman counselling another, or a theological student reflecting on a lesson from Scripture. Here we see the Holy Spirit at work! John 16:8 refers to this wonderful aspect of the Holy Spirit’s ministry: “And when he comes, he will convict the world concerning sin and righteousness and judgement” – John 16:8. Let’s consider it carefully.

“He will convict”
Some synonyms for the verb “convict” are “to expose”, “bring to light”, “point out” or “reprove”. Something unacceptable is hidden in the heart. It may come out in sinful attitudes, words, or actions, but it remains hidden to its owner until the Spirit convicts him/her of it. Usually, this will be in conjunction with being exposed to God’s Word. Often it will be an answer to prayer.

“the world”
Whom does the Spirit convict? The word “world” can be interpreted in various ways, depending on the context. Is it the place in which we live (cf. Psalm 24:1)? Is it the evil system that opposes God? Is it all that is temporary (cf. 1 John 2:15)? Is it the people of the world in general? That’s possible. Or is it the world as opposed to the church, those who are still unsaved? The latter fits the context best. Jesus would send the Spirit to the disciples and He would convict the world. In this way, the Spirit would wonderfully help the disciples by confirming their words to unbelievers as He convicted hearts.

“of sin”
He convicts of sin. Presumably, this applies to any sin. Nevertheless, verse 9 indicates that it’s primarily the sin of not believing in Jesus. That’s the most significant sin of all. Other sins, even very serious ones, can be repented of and forgiven. But to not believe in Jesus is not only a sin in itself and an offence to God; it’s to turn away from the only salvation from sin.

If you’re a true disciple of Jesus Christ, then you long to see non-Christians saved. You rejoice in conviction.

“and judgement”
He convicts of judgement. The “ruler of this world” (verse 11), is judged. He and all who follow him will be condemned. Satan will be cast into the lake of fire with all his spiritual children. Both the woman in the hospital and Samuel were evidently convicted of judgement. This is what moved them to seek forgiveness.

The first example
Not many days after Jesus had spoken these words, the Holy Spirit was poured out upon the disciples in Jerusalem. Then Peter preached a sermon to a crowd of Jews. In Acts 2:36-37 we read the conclusion: “’‘God has made him both Lord and Christ, this Jesus whom you crucified.’ Now when they heard this they were cut to the heart, and said to Peter and the rest of the apostles, ‘Brothers, what shall we do?’” The Spirit equipped Peter, but also convicted the unsaved hearers. Note how they were “cut to the heart” as a result of His convicting work. This is the first example of many in the New Testament church.

Conclusion
If you’re a true disciple of Jesus Christ, then you long to see non-Christians saved. If that is the case, then rejoice in this marvellous ministry of the Holy Spirit. As you speak God’s Word and pray, may He work in hearts and convict sinners. Without His working, no one would ever be converted. With His working we have hope.

Jacques Malan is a full-time Senior Lecturer and Focus Programme Manager at Mukhanyo Theological College. He previously served as a full-time evangelist, lecturer and director at the Dorothea Mission.