The Meaning Of Birthstones And The Bible 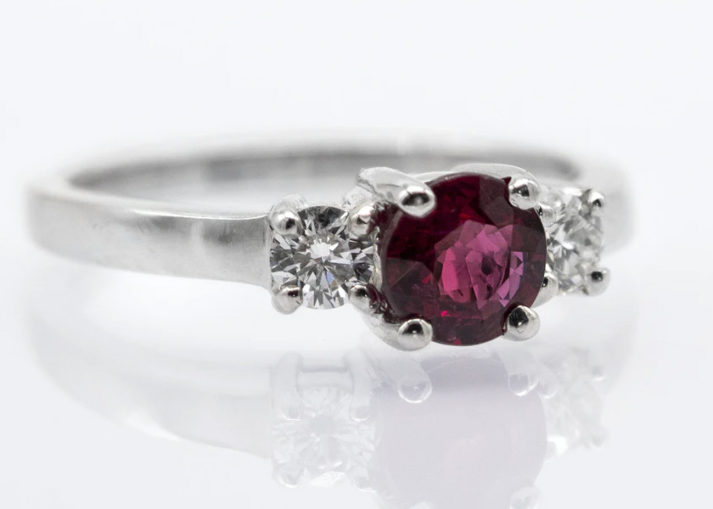 A cross worn as a pendant is the most popular item of Christian jewellery, representing the death and passion of Jesus. Jewellery isn’t just about accessorising though: it’s a way of giving a gift to someone that has true meaning. When we celebrate the sacred union of marriage, it is done by the giving and receiving of rings as a symbol of love and commitment. When a child is christened into the family of Christ, they are often given a bracelet as a symbol of eternal faith. Birthstones also have a special meaning when they are set in jewellery. This meaning relates to Christianity and the Bible, and can be really personal to the wearer.

What are birthstones?
In the modern day, a different birthstone is allocated to each month of the year. January is garnet, February is Amethyst, March is aquamarine, April is diamond, May is Emerald, June is Pearl, July is Ruby, August is Peridot, September is Sapphire, October is Opal, November is Topaz, and December is Turquoise. The colours of the birthstones can also be used to  represent your feelings. Wearing a ring that changes colour is also a good way of showing your emotions. Mood stone rings are made from quartz and liquid crystals, and change colour throughout the day. A turquoise blue can mean that you are calm, or a garnet red can mean that you are feeling angry. Many people give birthstone jewellery as a special, personal gift for birthdays or a holiday.

The Book of Exodus
One of the stories in the Book of Exodus (28:16-20) is about the Hebrew high priest Aaron. Aaron was commanded by God to create a sacred breastplate which contained 12 gemstones. The breastplate was worn by the high priest of the Israelites over his vestments whenever he wanted to communicate with God. Looking forward to the 100 AD, the Roman scholar Titus Flavius Josephus spent time carefully studying the Bible. He made a definitive list of the 12 gemstones that were found in Aaron’s sacred breastplate, and compiled the first list of birthstones.

The 12 Apostles
The number 12 is incredibly significant in the bible. It was in the 4th century that Christians assigned the 12 gemstones to the 12 apostles. Simon Peter is jasper, Andrew is ruby, Philip is carnelian, Thomas is aquamarine, James and John are emerald, Bartholomew is peridot, James is sardonyx, Matthew is topaz, Matthias is amethyst, Simon is zircon, and Thaddeus is chrysoprase. If you have an apostle that you have a particular affinity with, you may want to wear the gemstone that is associated with him.

Personal symbolism
It wasn’t until the 17th century that it was suggested that you should wear your birthstone all year round as jewellery. You may, however, find that it is one of the 12 gemstones of Aaron’s breastplate that has a personal significance to you. Wearing one of these gemstones can be a reminder of the beauty of nature and the power of the Lord.

The idea of birthstones isn’t one that has been invented by modern jewellers. Birthstones actually go back 2,000 years to the Book of Exodus. Wearing your birthstone can hold a meaningful significance to you and be a reminder of your faith. Just like Aaron, it can be part of the personal way that you communicate with God.