The Book Of Revelation Revealed Part 4 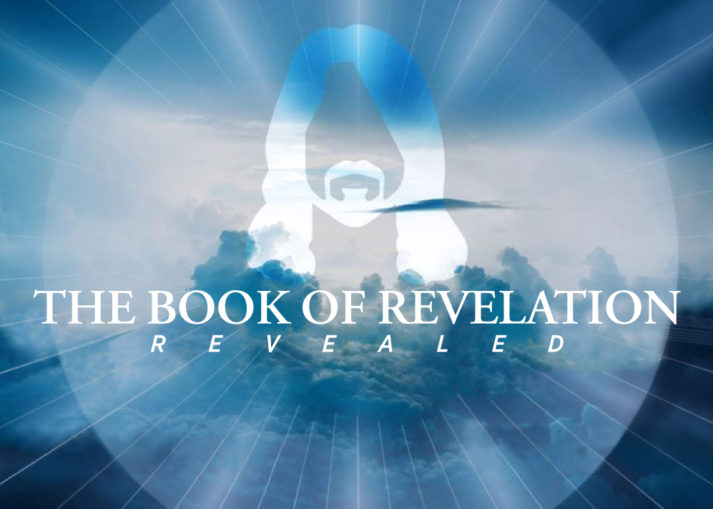 This article is the fourth teaching in this series. Click here to read the first article on The Book Of Revelation Revealed.

Jesus said, “Blessed are those who are persecuted for righteousness’ sake, for theirs is the kingdom of heaven. Blessed are you when they revile and persecute you, and say all kinds of evil against you falsely for My sake. Rejoice and be exceedingly glad, for great is your reward in heaven, for so they persecuted the prophets who were before you.” – Matthew 5:10-12

As Christians and followers of Christ, Jesus warned us several times of persecution – such as in John 15:18. What does Jesus have to say to the Christians suffering persecution today?

Offering hope and encouragement
The next church that Jesus addressed was the ‘persecuted church’, Smyrna. Smyrna was north of Ephesus, a financially wealthy city that drew both its wealth and name from myrrh – an expensive spice used to embalm bodies. Jesus never condemned these Christians, instead He offered hope. He didn’t say persecution wouldn’t come, but instead He promised victory through it – to those who stand.

We are never alone
To the church of Smyrna, Jesus revealed Himself as “First and the Last, the One who rose from the dead” – Revelation 2:8. Jesus identified with their sufferings and revealed that, like Him, they would also rise again. Jesus showed compassion to them, showing that He knew everything they were experiencing. Jesus is still showing compassion to His Church today – in whatever persecution we are going through today, we are not alone.

In whatever persecution we are going through today, we are not alone.

Smyrna was fiercely loyal to Rome
Once a year, every citizen would have to prove their loyalty to Rome by offering incense to a statue of the Emperor and publicly declaring him as god. Those who complied received a certificate of loyalty to Rome, and those who didn’t were considered criminals. As a criminal, those who did not acknowledge Caesar as god had their rights taken away – along with their possessions, properties, business, and even their lives. They were excluded and separated from society as no one wanted to associate with those against Rome, hence their businesses also suffered.

Jesus said He knew their poverty and afflictions
Jesus knew that above all this, they were furthermore insulted and mocked by the Jewish community in Smyrna. He knew their suffering and how even though they endured persecutions, they never compromised but instead drew closer to Him. In times of persecution, we should never depart from God, but instead hold on stronger to Him. Jesus foretold of coming persecutions to those in Smyrna: “Ten days of persecution” would come – ten periods or ten coming emperors of Rome who would unleash a time of great persecution in the Roman empire, but these ‘days’ would come to an end. Jesus did not say persecution would not come, but instead He warned us of it. He said that we are to consider ourselves blessed and to even rejoice (Matt 5:10-12, Jam 1:2). Why? Because those who were before us also suffered persecution and, just like them, we are commended, rewarded, and applauded by our Father in Heaven when we don’t compromise our walk with Christ.

Lay down your life for Christ
Jesus gives two commandments to the persecuted Christian: “don’t be afraid” and to “stay faithful”. Don’t be afraid of persecution! Persecution will come, but we are victorious in the end. Jesus promised a victor’s crown at the end of their earthly life. A victor’s crown was a wreath awarded to a champion. In the same way, God awards those who are persecuted with public acknowledgement and honour in Heaven. When they would lay down their life for Christ, they would find it (Matt 10:39).

Jesus didn’t say persecution wouldn’t come, but instead He promised victory through it – to those who stand.

Don’t fear death – only fear separation from God
Jesus tells the church to not be afraid. He warned them, preparing them for what is to come, just like Jesus warns us today. Jesus told us not to fear death, but rather eternal separation from God (Matt 10:28). Jesus redirects our perspective, turning our attention away from what is happening to us – here on earth – to an eternal perspective of what is in Heaven. Here on earth we will be persecuted, but just like this world, it is temporal. Whatever happens in Heaven though is eternal – peace, joy, honour for our sacrifices here on earth, these will never pass away.

Do not compromise, ever!
Jesus told the church to stay faithful. This is Jesus’ commandment to the Christian today. Never compromise. Jesus told us that we should not fear death, but rather “the second death” – eternal judgement in hell (Rev 20:14, 21:8). Persecution is not something that we should fear, but rejoice because it builds us in Christ (Jam 1:2). When we compromise, we lose our victor’s crown. Just as the ten days of persecution came to an end, persecution will come to an end. What a glorious hope for those who prevail!