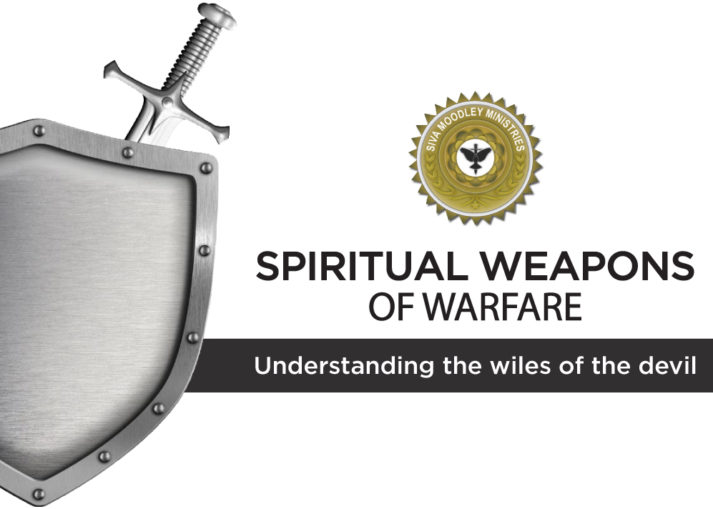 This article is the fourth teaching in this series. Click here to read the first article on Spiritual Weapons Of Warfare.

To be subject to the wiles of the enemy means to be deceived. The Hebrew word for wiles is nekel. It basically refers to five things that often happen to us. As we have discussed in previous articles, the first wile is treachery. The second wile is conspiracy. The third wile of the enemy is beguilement. The fourth wile, which we will discuss in this issue, is trickery. Trickery means the use of dishonest methods in order to achieve something. Trickery is an act of deception. So many have been hurt and depressed by this demonic action that destroys lives and destinies.

Satan leads many into sin
On many occasions I have seen how people have been tricked into sin by the demonic and their agents. In the Garden of Eden, Eve was tricked by satan into eating the forbidden fruit. Let’s look at how satan, his demons, and his helpers trick us:

The temptation of Eve
In the temptation of Eve, Genesis 3:6 says “And when the woman saw that the tree was good for food (lust of the flesh), and that it was pleasant to the eyes (lust of the eyes), and a tree to be desired to make one wise (pride of life), she took of the fruit thereof, and did eat, and gave also unto her husband with her; and he did eat.”
Eve gave into temptation but Jesus did not. We can learn from Hebrews 4:15 that Jesus was tempted in every way possible. He faced the weakness of temptation like us, yet chose not to sin. This gives us hope when we face trickery.

Let’s look at satan’s strategy
First, he questioned God’s Word (Gen 3:1). He did not deny that God had spoken. He simply questioned whether God had really said what Eve thought He had said. Trickery will always cause you to doubt God’s Word. Then he questioned God’s love for Eve. The way satan asked this question implies that he was questioning God’s love. “If God really loved you, He wouldn’t keep something from you, would He?” Satan used this same tactic on Jesus in the wilderness. Satan asked Jesus if His father loved Him. “Why are you hungry if you are God’s Son? Command this stone to become bread?” – Luke 4:3. Finally, if one ponders long enough over this deception, then satan denies God’s Word and replaces it with a lie. When satan questioned God’s Word, Eve should have stood her ground, but instead she gave room for satan to change her destiny.

So many have been deceived
Those operating in trickery will cause us to question God’s Word and direction. Is this the place or person or destiny God wants you to commit to? Do the people here really love you and appreciate you? Are they thankful for everything you have done or are they using you? This is not where you belong. This is the place, person, or destiny you should be in. So often, like satan, those operating in trickery have lied to us, deceived us, and taken us away from God’s plan. So many have walked away from relationships, families, employment, churches, and God-given opportunities because they were tricked.

Trickery means the use of dishonest methods in order to achieve something.

Don’t be too proud
When Adam and Eve were tricked, God did not pardon the consequences of their actions. They lost their blessing. Instead of admitting that what they did was wrong; saying sorry to God, and seeking His forgiveness, they sought to blame others for their own actions. Adam blamed his wife (Gen 3:12), despite being present when Eve was tempted. Eve blamed the Serpent (Gen 3:13), even though she was the one who responded to the temptation. There are many today who are too proud to repent and remain victims of trickery.

Are you a victim?
If you have been a victim of trickery, the first step to restoration is seeking forgiveness. Go to the ones you have hurt and disappointed. Seek their forgiveness. In some cases, it might take time for you to be trusted again but if you persist, God will restore what you have lost.

…this series will be continued over the next few issues of JOY! Make sure to pick up your copies to not miss out.

Are you equipped to take on the enemy and live victoriously? For a very detailed teaching on topic, get the Spiritual Weapons of Warfare CD set.