How Do I Share What I Believe? The Relationship Between Respect And Reach. 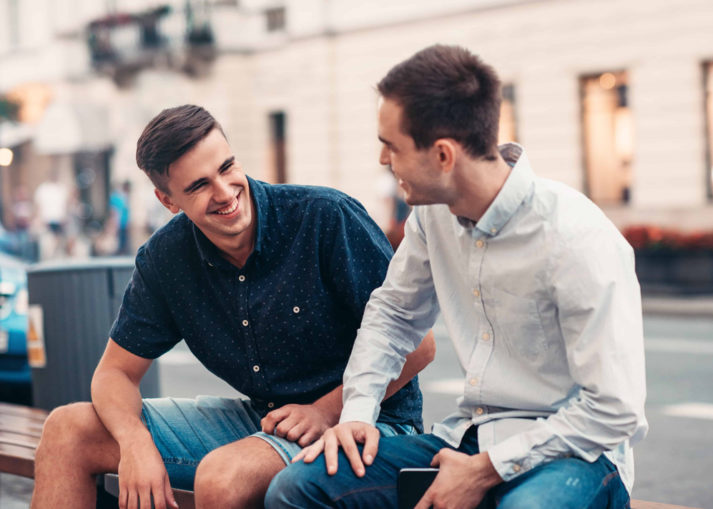 I’ve investigated a number of murders over the years motivated by nothing more than an act of disrespect. The pursuit of power is one of three motivations driving criminal behavior, and it often manifests itself as a response to a simple act of insolence. When a gang member feels disrespected, for example, he may retaliate violently. As humans, all of us are repelled when we feel dishonored, insulted or belittled in some way, even if most of us won’t react as aggressively as gangsters. If you’re trying to persuade someone, it’s important to understand the relationship between respect and reach. The more we respect and honor the dignity of others, the more likely we’ll be able to reach them with an idea, concept or worldview. Jesus reiterated the importance of respecting others in his teaching in the Sermon on the Mount:

“You have heard that it was said, ‘You shall love your neighbor and hate your enemy.’ But I say to you, love your enemies and pray for those who persecute you, so that you may be sons of your Father who is in heaven; for He causes His sun to rise on the evil and the good, and sends rain on the righteous and the unrighteous. For if you love those who love you, what reward do you have? Do not even the tax collectors do the same? If you greet only your brothers, what more are you doing than others? Do not even the Gentiles do the same?

This simple but powerful teaching has impacted many who have hoped to change the world with a claim about truth. Gandhi was certainly familiar with the teaching of Jesus and employed this teaching in his own efforts to influence his culture:

“It is easy enough to be friendly to one’s friends. But to befriend the one who regards himself as your enemy is the quintessence of true religion. The other is mere business.” – Gandhi

If you want to share what you believe about God, Jesus and the gift of salvation, begin by recognizing the relationship between respect and reach. Ask yourself the following questions about the people with whom you want to share:

Have I Shown Them Respect by Carefully Listening?
Have you ever found yourself in a conversation where you spent more time preparing for your next response than genuinely listening to the words of those you’re trying to reach? We’ve all been there, and it’s usually obvious to the person we’re engaging. When people don’t feel heard, they don’t feel respected. Lower the bar on some of your conversations. Sometimes the best thing you can do is respect someone enough to simply collect data about what they believe. This may not be the conversation where you even get the chance to express your own beliefs, and that’s okay. Love others enough to listen to what they have to say.

Have I Shown Them Respect by Examining Their View?
There’s nothing more frustrating and disrespectful than having your view mischaracterized by someone who’s trying to create a strawman to win a point. Listen carefully to what people say and then take the time to research their view more fully on your own. When someone cites a reference, take the time to read and understand the foundation for their beliefs. Don’t mischaracterize what they believe. Take the time to study. Love others enough to join them in their journey and their research.

Have I Shown Them Respect When Re-Communicating Their Position?
I’ll never forget many years ago when we invited two prominent atheists to come speak to our group. They were very respectful in their presentations, but when standing alone at the back of the room, I overheard them speaking very disrespectfully about the Christians they had just addressed. Respect is not an act, it’s a deep attitude. Our conversations with one another can betray our underlying disrespect, and so can our blogs, books and movies. When we describe others or create fictional characters representing someone from another worldview, are we being careful not to create demeaning caricatures we can easily defeat? Have we re-communicated their views fairly and respectfully? Love others enough to represent them well.

Have I Shown Them Respect by Giving Them My Time?
If you want to discover what you love, look at your calendar and your checkbook. How we spend our time demonstrates how much we love and respect one another. I am always impressed by someone who has taken the time to read my work and then wants to engage me over lunch or coffee. I’m less impressed with people who snipe at a blog title posted on Facebook without even taking the time to read the blog. Respect is often reflected in the amount of time we are willing to invest in others. You can’t invest in everyone, but there ought to be someone with whom you are willing (and able) to devote your time. Love others enough to carve some time in your calendar.

Most of us who are interested in Christian Case Making (apologetics) are far more willing to invest time preparing for battle, than we are willing to love and respect others. We typically focus on the first part 1 Peter 3:15-17: “…but sanctify Christ as Lord in your hearts, always being ready to make a defense to everyone who asks you to give an account for the hope that is in you…” than the second part, “…yet with gentleness and reverence; and keep a good conscience so that in the thing in which you are slandered, those who revile your good behavior in Christ will be put to shame.” It’s one thing to love the truth, another to love people. But, if you hope to share what you believe, you’ve got to understand the relationship between respect and reach.