Obedience Is The Key To God’s Will 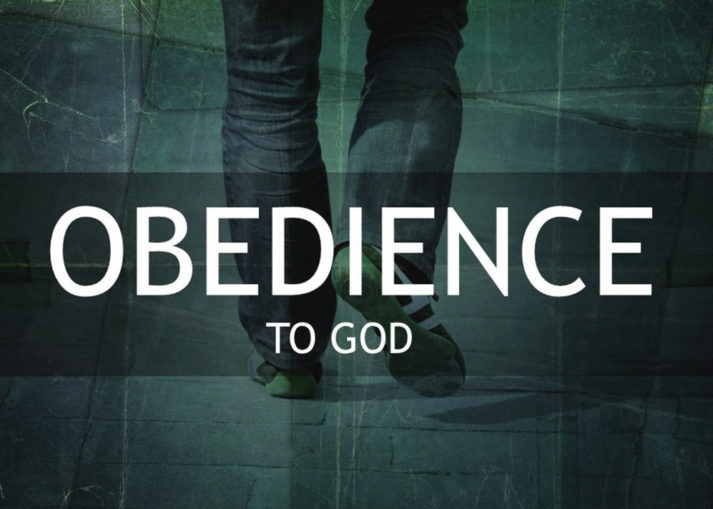 After I finished preaching recently, two young men approached me. They said that the Lord had called them to be evangelists, and they asked if I had any advice for them. I said, “Yes, I can give you my advice in one word: obey!”

I think this is perhaps the single greatest word of advice anyone could have for discovering and remaining in God’s Will. Unfortunately, it is also one of the areas of greatest difficulty for so many of God’s people. We are like sheep – prone to wander, and amazingly stupid. We are like donkeys – stubborn and wilful. We are like peacocks – proud and vain. We are quick to analyse and rationalise, but slow to obey. We are masters of procrastination and experts at justification. Making excuses comes naturally to us, but simple obedience seems so difficult.

Notice that God’s commands are not given to make us miserable; they are for our own good. This might sound like a cliché, but please do not dismiss it and simply go on to the next paragraph. Stop to consider this thought for a moment. God is all knowing and all wise. He knows the future. He knows the past. He can see what is ahead in your life and in the lives of everyone around you. He knows what is going to happen in the economy, in politics, and on the world stage. When He speaks, He is giving you insider information for your advantage, and your obedience is the most profitable thing you could do for yourself.

I could point to many examples in my own life of times when God spoke to me about something, but because obeying required some level of personal sacrifice, I struggled and wrestled in my own heart and mind, sometimes for far too long. In the end I discovered that His instructions were meant to save me mountains of heartache, pain, and expense. If we could only learn to obey, we would be fulfilled, happy, and blessed in every way.

John H. Sammis’ famous hymn says it well:
“Trust and obey,
for there’s no other way
to be happy in Jesus,
but to trust and obey.”

Consider Israel’s first king, Saul, who always thought his ideas were better than God’s commands. Each act of rebellion led him deeper into trouble and further away from God’s Will. It was to Saul that Samuel said, “Does the Lord delight in burnt offerings and sacrifices as much as in obeying the voice of the Lord? Obedience is better than sacrifice, a listening ear than the fat of rams. For rebellion is as the sin of witchcraft, and stubbornness is as iniquity and idolatry. Because you have rejected the Word of the Lord, He has also rejected you from being king” 1 Sam. 15:22–23.

Just as rebellion blocks God’s blessings, so obedience releases them. Consider the widow of Zarephath, who experienced an extraordinary miracle of provision. A terrible famine was ravaging the land. God spoke to Elijah in 1 Kings 17:9 and said, “Arise, get thee to Zarephath … behold, I have commanded a widow woman there to sustain thee.”

Notice that God did not send Elijah to a woman living in a mansion with huge storehouses of grain from which she could provide for the prophet. Instead, the Lord sent him to a poor widow who didn’t have enough food to provide for her own family.

I emphasise this because God could have sent Elijah to anyone. For that matter, He could have continued to send ravens to feed him.

The point is that Elijah didn’t really need this woman’s food. God didn’t send Elijah to the woman so that He could provide for Elijah. God sent Elijah to the widow so He could provide for the widow. Why would the Lord command a poor widow to make such a costly sacrifice? It must have seemed cruel and senseless. But it was for her own good! Her obedience unlocked a fountain of provision that she could never have anticipated. “The barrel of meal did not run out, nor did the jar of oil empty, according to the Word of the Lord, which He spoke by Elijah.” 1 Kings 17:16.

Daniel Kolenda is a missionary evangelist who has led more than 10 million people to Christ face to face through massive, open-air evangelistic campaigns in some of the most dangerous, difficult and remote locations on earth. He is president and CEO of Christ for All Nations and hosts an internationally syndicated television programme.