Master The Skill Of Persistence 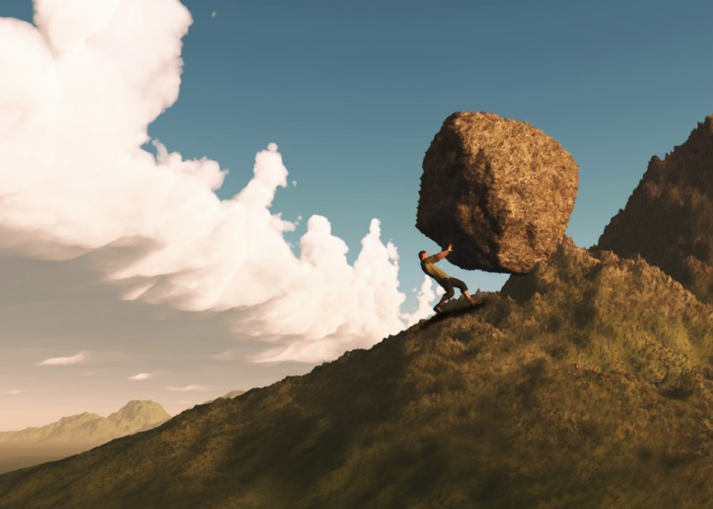 Recently I was out shopping with my kids at our local mall. We passed one particular store where my son knows there is an elaborate toy train set that he loves to play with. He asked me if he could play with it before we left the mall, and I agreed. A few minutes later he asked again and again and again and again. The entire time we were in the mall he asked incessantly, until finally I stopped prolonging the inevitable and said, “OK, let’s go play with the train.” He was elated.

We must become like children
As we were walking towards the store, he said, “Dad, I just keep asking because I really want to play with the train. Can I have a drink?”

With one request granted, he was immediately on to the next one! I know I am not the only parent who has a persistent child. They all seem to come with this built-in quality. But believe it or not, it does not annoy me. In fact, I think we could all learn from this. Jesus seemed to think so.

Keep on asking God
In Matthew 7:7-8 Jesus is teaching about asking, seeking, and knocking. But it is important to note that the Greek implies continued action, which is why the Amplified Bible translates the passage like this: “Keep on asking and it will be given you; keep on seeking and you will find; keep on knocking [reverently] and [the door] will be opened to you. For everyone who keeps on asking receives; and he who keeps on seeking finds; and to him who keeps on knocking, [the door] will be opened”.

Keep on asking. Keep on seeking. Keep on knocking. Keep on keeping on. It sounds a lot like my son asking to play with the train and asking for a drink and asking for, well, everything. Interestingly enough, in the next verse, Jesus says, “Or what man is there of you, if his son asks him for a loaf of bread, will he hand him a stone?”. Here we see that Jesus uses this type of persistence in the context of exactly what a child would do.

Master the skill of persistence
One day it suddenly occurred to me, children are persistent because they have to be. They are dependent creatures. The younger they are, the more needy they are, and as such, in order to survive, they must master the skill of persistence. My son asks incessantly because he sees me as his source. If I don’t give him water, he’ll go thirsty. If I don’t give him food, he’ll starve. I am his source of shelter, of clothing, of protection, of recreation – of everything. He is persistent because he must be to survive, and he has every right to be.

Take hold of Heaven with reckless confidence, and child-like assurance.

Do not tire of asking the Father
My son comes to me without hesitation or apprehension. He asks with a righteous audacity. He is not discouraged or put off in the least when I don’t immediately meet his request; he simply asks again. Each time he asks, he expects to receive just as the time before. His seeking is incredibly simple and trusting. I would say it is a wonderful example of faith.

The world encourages independence
But the older we become, the less willing people are to give us what we need simply for the asking. We must win our bread and climb the ladder of success. In order to survive, we must lose our dependency and master self-sufficiency. As we become self-reliant, we hate to ask for anything. We don’t want to be pushy or presumptuous. If we must ask for something, we do so with timidity and loath to ask a second time.

Ask God with confidence and faith
So many people make the mistake of approaching God with this dignified, grown-up demeanour. They make cautious but eloquent requests that are logical and reasonable. If they don’t see an answer right away, they either assume it was not God’s will and leave it at that, or they become offended, frustrated, and discouraged. But the prize goes to the ones who are bold enough to take hold of Heaven with reckless confidence. I am not talking about arrogant presumption but childlike assurance.

Dependence on the Father
Leave your incredible intellect, your proud rationale, and your deceptive self-reliance at the door. Come to terms with your utter and total dependency upon your Father. Understand that your sonship is the only grounds upon which you can approach God in the first place. As a son or daughter of God, it is your righteous privilege to ask, and it is God’s divine pleasure to answer. Therefore, ask with audacity, confidence, and persistence. Keep asking like a child asks a father for bread. Keep knocking as the widow before the unjust judge in Luke 18. Keep seeking as if seeking for a pearl of great price (Matt. 13:45–46). Push through resistance like the woman with the issue of blood (Mark 5:25–34). Lean into the Word like a man walking against the wind. Clamp down on His promises like a pit bull with a steak. Place a demand on what’s yours. Give Him no rest, day or night, until His answer breaks through like a pent-up flood and makes your desert blossom like a rose.

Daniel Kolenda is a missionary Evangelist who has led millions of people to Christ face to face through evangelistic campaigns. He is the CEO of Christ for All Nations and hosts an internationally syndicated tv show. Call 0861 232 672 or www.cfan.org.za