Letting Go Of The Past 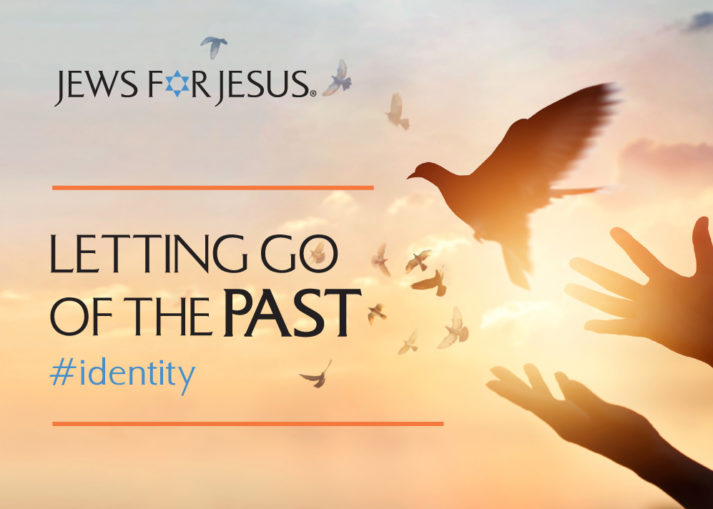 —by Jews For Jesus SA

This is for any reader who desperately wants to let go of past hurts. A truth I have learnt is that “hurt people, hurt people”. I find our inability to let go of our past and forgive ourselves is becoming an increasingly large obstacle in our identity and in our service to God.

Holding on to what was
Tucked away in British Columbia, about an hour from Vancouver by boat, is Keats Island – on which the Barnabas Family Ministries retreat centre is located. I was fortunate enough to spend an entire week on the island, just focusing on God. On one of my days there, I heard a story about an orca – not far from the island – that had given birth to a calf. Many people were excited at the birth of the calf, and many more were devastated when the calf died shortly thereafter. The mother had carried the calf for eighteen months, only to see her die when she was born. The story made the local news, mostly because the grieving mother was unable to let go of the dead calf. A couple of days after the unfortunate incident, the mother was still dragging the calf wherever she went. After a week, locals were astonished at the devastated mother’s relentless pursuit of her calf. The orca would hold the calf in her teeth, push the calf with her nose, try her best to keep it right beside her, and even had to dive into the water when it slipped into the deep.

When we are born again, God tells us that we are dead to our past.

The enemy’s lies
We all have a past. Before we became children of God, we were sinners condemned to eternal separation from the Father. When we are born again, God tells us that we are dead to our past. We bury our former selves because of Jesus the Messiah’s work on the Cross. But one of the enemy’s greatest lies is having us believe that we should hold onto our past transgressions. He would have us drag around our old selves, dive deep into our hearts and pasts to ensure we don’t bury what Jesus has paid for, and live a defeated life in condemnation.

Letting go of what is dead
After 18 days, the orca had still not let go of her dead calf. Marine biologists feared that, eventually, the orca would die too – as she had stopped feeding herself while pursuing the calf. It had reached the point where it was becoming increasingly unhealthy to not let go. We too are at risk of focusing so much on who we used to be that we can’t allow Jesus to show us who we are and can be in Him. Let’s pray that 2020 would be the year that we let go of what is dead and rise together with Jesus to a new life. Focus on the following sentence and meditate on its truth: God is madly in love with you, and your identity is forged in Him loving you.

A message from God’s Word
“Do you think anyone is going to be able to drive a wedge between us and Christ’s love for us? There is no way! Not trouble, not hard times, not hatred, not hunger, not homelessness, not bullying threats, not backstabbing, not even the worst sins listed in scripture…” – Romans 8:35-36, MSG