How To Have Great Faith – Part V 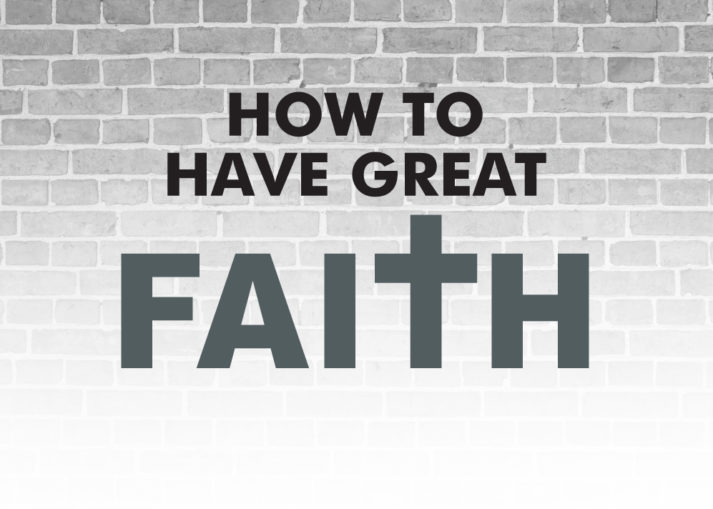 This article is the fifth teaching in this series. Click here to read the first article on How To Have Great Faith.

Wordly facts and reason versus Godly wisdom and faith

Faith simply knows! Faith does not deny the facts – faith changes the facts. If someone has cancer, faith does not say there is no cancer. Faith says Jesus has healed you. Putting our trust in what Jesus said (God’s Word), enables the physical manifestation of this promise. Cancer is gone and the facts have now changed. Faith operates on truth.

Faith does not deny the facts – faith changes the facts.

The wisdom of this world is foolishness
Jesus says the difference between a believer and someone not saved is knowledge of His Word. The world hates the truth (God’s Word). It tries to use knowledge and intellect to dispute the truth. This is why unsaved scientists and medical people will sometimes scoff at the faith of a believer, using facts and worldly knowledge to dispute the Word of God. “You should pray, but there is no hope!” That is a lie the world spins. Jesus said the world hates a Christian armed with the Word of God. Jesus then explains why this is so. Jesus Christ does not think or respond as medical doctors or intellects do. He is not of this world. He sees the wisdom of the world as foolishness (1 Cor 3:19).

God’s Word separates us from the world
A true believer does not think like the world does, and is therefore provoked by the world. The Lord then says that in the face of persecution and trials, He does not remove us from the view of the world but protects us from its evil (John 17:15). How is this accomplished? We are separated (sanctified) from the world by the knowledge of God’s Word (John 17:17).

Don’t believe the world’s reports
The next time we get a negative report from the world, our immediate response should be “I believe the report of the Lord”. We are not disputing the report of the world, neither are we denying that according to their standards it is probably true. However, as a child of the King, our standards are much higher (Isaiah 55:8-11). The moment I lift my standards from that of the world to God’s standard, then the Word of God cannot return void but will accomplish its purpose. (Isaiah 55:11). Its only when I choose the lower standard of the world that I lose my miracle.

Believe God’s report
The Israelites believed the negative report of the 10 spies. There were facts in the report, such as there were giants and an abundant source of food. However, the 10 spies delivered the report in a negative context. The world will often give you a factual report but in a negative context. Joshua and Caleb (2 spies that were part of the group of 12), did not dispute the report. They pointed to a higher report of the Lord (Lev 20:24; Num 13:30; Num 14:8). Those who believed the worldly view of the 10 spies ALL died without inheriting the promised land, however Joshua and Caleb inherited the promise (had their miracle), because they chose to believe God’s report (Num 14:30).

Whatever the Word of God says about your situation is the truth. God’s Word has the answers for every instance.

Seeing is not believing
Unfortunately, so many Christians have given in to the voice of the world. The world says ‘seeing is believing’ and some believers want to first see before believing God’s Word. Jesus called that generation a wicked generation (Matt 12:39; 16:4). Thomas the apostle refused to believe that Jesus was alive until he first saw the holes in His hand (John 20:24-29). The Lord’s response was that those who believe God’s Word without seeing were blessed (John 20:29), and not Thomas who needed some evidence first.

Get a word from God
If you are faced with a crisis right now, get a word from God for your situation. Then stand on that Word. The world will pound you on its views, but if you stand strong on God’s Word and expect your miracle, the Word you are standing on will not return void. This is how we can all operate with great faith. 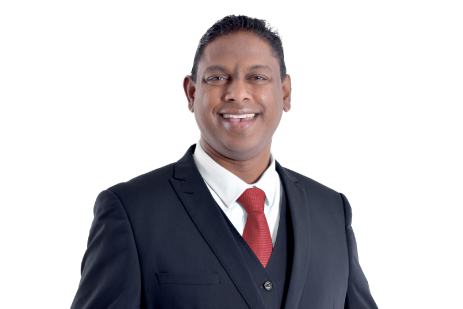 Siva Moodley is a pastor and author. He hosts a daily TV show. Call 011 792 2266 or visit sivamoodley.com for info on upcoming conferences, prayer requests, bookshop details, TV schedules, and more. For a very detailed teaching, purchase his CD ‘How To Have Great Faith’.

For a very detailed teaching on How To Have Great Faith, please get my latest CD set. Visit sivamoodley.com 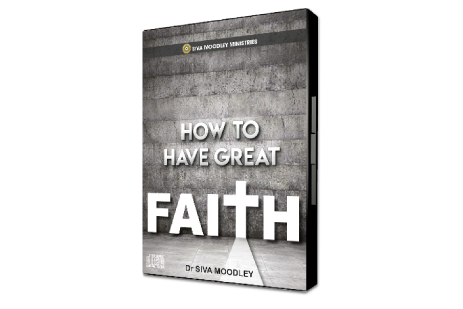