How Should A Christian Respond To Injustice And Social Movements? 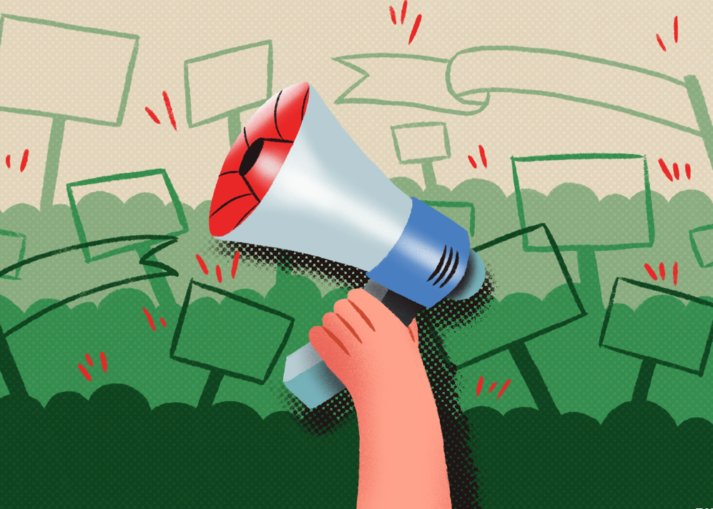 With all the disorder and unrest that’s going on in the world today, let’s take a look at Acts 19:23-41 where a huge riot breaks out in the city of Ephesus.

In brief, after Paul has spent some time helping to grow the church in Ephesus, craftsmen selling items related to Artemis see a drastic decline in their profits and respond by stirring up a riot against Paul and his Christianity.

The riot only comes to an end once an official dismisses the crowd and warns them of the potentially disastrous punishments that could come from the capital for the disturbance to public order.

In human history, people have protested perceived injustices, legitimate or otherwise. In more recent times, the tragic death of George Floyd has sparked nationwide protests in America, even amid a pandemic.

Floyd’s death was caught on video, where a policeman knelt on his neck for close to 9 minutes while he kept repeating “I can’t breathe.”

How then should a Christian respond to such events and movements?

Know The Roots
Very importantly, before jumping in, one should know what they are getting themselves into. So it is, with any societal movement – discernment is key.

A Christian should not be like the people described in Acts 19:32, who “did not even know why they were there” in the midst of the riot.

The mob was chanting, “Great is Artemis of the Ephesians”. Perhaps they believed that they were defending their faith in the goddess from Paul’s defiling new ways.

But as the earlier passage of the scripture tells us, the true reason behind the riot was that various craftsmen weren’t making as much money from selling shrines of the goddess as before, due to more people turning to Jesus.

Admittedly, “Paul is making us lose money” would be less catchy as a slogan, ineffective in convincing people that Paul was a problem.

Hence, before joining a movement, one should know exactly what it is about – that means more than what slogans will be chanted.

Critical Theory: Crash Course And Collisions
A good deal of modern movements happens to be rooted in critical theory, which probably isn’t the easiest thing to explain in five minutes.

But an important thing to remember is that critical theory is a worldview, with its own version of reality. One of its core ideas is that of oppression being the dominant dynamic in society.

Society can be split into the binaries of oppressor and oppressed, where the oppressors possess some kind of privilege that the oppressed do not. For instance, it could be a wealth difference.

The solution to oppression would be liberation, where the oppressed, awakened to the truth via their lived experiences, band together and rise up against their oppressors.

So, it should now be evident that although critical theory would arrive at similar conclusions to Christianity, such as “racism is wrong”, these two worldviews are fundamentally different.

Critical theory sees the root problem as oppression, and its antagonistic view of oppressor and oppressed renders the only solution as the oppressed destroying their oppressors.

However Christianity places the root problem as sin, present in every human being. All have rebelled against God, and thus all are deserving of His wrath.

But Jesus, the Son of God, was sent to die for our sins, and by His blood do we have forgiveness. He did not stay dead, but rose from the grave, and by His resurrection do we hold to the promise that He will make the world right.

With major disagreements on what the main problem is, it is clear that Christianity and critical theory cannot be compatible worldviews.

Jesus And Injustice
Since Jesus is the very foundation of salvation, it would be good to know how He would tackle the social injustices of His day.

At the very beginning of Acts, Jesus is asked if He will “restore the kingdom of Israel”, meaning if He would overthrow the oppressive Roman empire and restore Israel to its former glory.

Jesus’ answer is clear in Acts 1:7-8, in that it was not for the apostles to know when such a thing would happen, but that they should be more concerned about remaining in Jerusalem until the Holy Spirit came upon them.

The apostles obeyed, and by the power of the Holy Spirit the gospel found its way to Ephesus.

Jesus did care about the wrongs that happened, but He was more concerned about changing the hearts of people than the laws that they lived under.

Undoubtedly, He could have brought an end to Rome that very day, or at least institute major reforms in its legal and political systems. Instead, He chose to dispatch the apostles to preach the gospel.

Again, Jesus is indeed interested in changing the world, but His preferred method is by changing the hearts of men.

No matter how good a set of laws or may be, or how well they are enforced, if sin yet remains, then nothing has been solved.

We must remember that for those who would follow Him, we are called to be one people. In Him there is neither male nor female, Jew nor Gentile, slave nor free, and of course, oppressor nor oppressed.

That is not to say that He will remove all our differences, but that our greatest identity is to be found in Him, and nothing else.

Ultimately, the solution is Christ and Christ alone. Once the hearts of men change, the society they live in will follow.

There may be times when it is right to march in a protest, and there will be times when sitting it out will be better, but participating in large scale social movements is not the only way to change the world for the better.

It would be wise to remember that the Lord values changed hearts over changed laws.

This is not to say that Christians should never take part in social movements.

We are called to be a voice for the voiceless, to acknowledge that every person is a fellow bearer of the Lord’s image, no matter how society may value them.

These ideas have been at the heart of past social movements, a prominent example being Wilberforce’s push to abolish slavery, as it pained him to see fellow men treated as something less.

There is no lack of people who need help – the poor are ever with us.

A quick google search can identify possible problems and charitable organisations that we can volunteer our time or money with.

Or, take a look around your neighbourhood. Your church building isn’t placed at its location for nothing. Seeking justice for the oppressed need not be grandiose, it can be as simple as giving a meal to someone who is starving.

So while protesting in the streets and changing laws is one option, remember that others exist.

Be Blameless Before Men
As my final point, remember that in whatever you do, aim to be blameless before men, and especially before God.

Paul’s friends who were dragged by the angry mob into the theatre were ultimately saved by the city official because they had done nothing wrong according to Roman law.

The official also finds the mob to be in the wrong, as their actions had no justification since Paul’s friends had “neither robbed temples nor blasphemed” their goddess in Acts 19:37.

In following Paul’s example, I believe it means that we should avoid lawbreaking actions wherever possible when spreading the gospel or trying to improve something in society.

For instance, a person may be guilty of stealing your property, but that is no reason to cause them grievous harm. Take care that in correcting an injustice one does not create another to take its place.

Change may come quickly, or it may take generations, but remember that the Lord is just and merciful, and will accomplish His purposes in His own time.

We are not the ones who will fix the world, it is He who invites us to participate in His grand plan. Never forget that this is our Father’s world, that though the wrong seems oft so strong, Christ is the ruler yet.