Heroes Of The Faith: Rembrandt 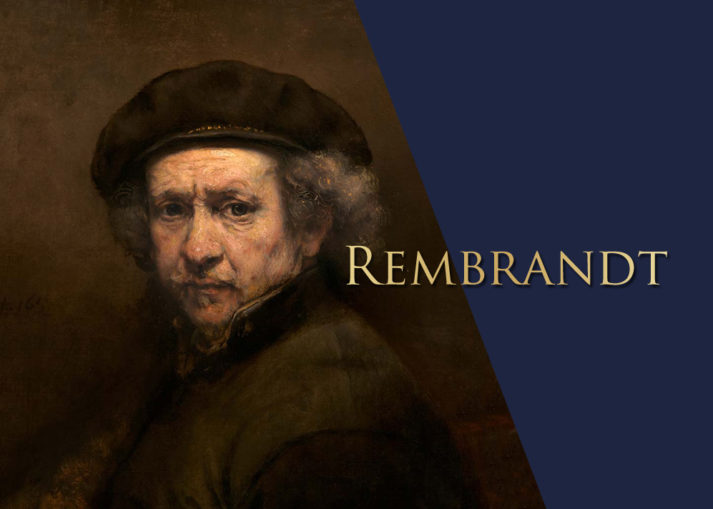 The great 17th-century Dutch artist Rembrandt is an unusual Christian hero, yet, by universal agreement, he is one of the truly great Christian artists.

Rembrandt Harmenszoon van Rijn was born in 1606 in the Dutch town of Leyden. He grew up immersed in the Bible, which was to shape his art.

As a teenager Rembrandt demonstrated remarkable artistic talent. He began a career as a painter of portraits and quickly acquired a reputation for producing portraits that saw beyond the physical features to the character beneath. He was also gifted in drawings where he was able to capture lives and landscapes.

In 1634 Rembrandt married Saskia van Uylenburgh. Despite the deaths of three of their four children in infancy, Rembrandt continued to develop his skills in painting. Commissioned to paint a formal portrait of a group of wealthy volunteers, he produced the awesome ‘The Night Watch’ www.rijksmuseum.nl, a painting of extraordinary realism that broke every convention.

In 1642 everything changed. Tragically, Saskia died after her fourth pregnancy and Rembrandt’s habit of letting expenditure exceed income began to catch up with him. Saskia had left him an income but only if he didn’t marry anybody else. Possibly as a result, Rembrandt found himself in a disastrous relationship which ended up in the law courts and incurred displeasure from church and society. He then had a longer, happier marriage with a woman named Hendrickje Stoffels. By now, however, Rembrandt’s style was falling out of fashion as people preferred more elegant, dramatic portraits. Refusing to compromise, Rembrandt continued to produce paintings, and drawings, often of landscapes and biblical themes. Rembrandt no longer simply portrayed biblical scenes; he let the Bible speak.

In 1657 poverty forced Rembrandt to auction most of his prized possessions and move to a more modest house. Hendrickje died in 1663 and Rembrandt died in 1669, leaving behind a daughter and hundreds of his paintings and drawings. Buried as a poor man, his extraordinary talent was only recognised much later.

What encourages me about Rembrandt? It is not simply his artistic brilliance; it is that in his artistry I find things that, as an evangelist, I admire.

First, Rembrandt shows us the value of humanity. Rembrandt had a fascination with human beings. In everyone he painted or drew – including himself – we see an honest fascination with who they are as people. Everybody, whether they are a major or minor figure in his picture, is depicted with authenticity and affection. People counted to Rembrandt and, in an age when human beings are reduced to elements on a spreadsheet or items on a database, he reminds us that every single one of us is valuable because we are made in the image of God.

Second, Rembrandt shows us the nature of humanity. One of Rembrandt’s characteristic techniques was to paint faces half in light and half in darkness. In doing this it seems to me that Rembrandt takes a biblical view of who we human beings are. On the one hand, we are made in the image of God, yet we are all people on whom the shadow of sin has fallen. Rembrandt’s artistry shows human beings as they really are: beautiful but flawed.

Third, Rembrandt shows us the Bible story. Rembrandt was a deeply biblical artist with a third of his work based on the Bible. For Rembrandt the Bible was the story of reality; of real events happening to very real people. To add to the authenticity of his Bible images, Rembrandt consulted Jewish rabbis. That the Bible was not just history but also personally relevant is highlighted by the way that Rembrandt often portrayed himself as a character, even in crucifixion scenes. One of his most remarkable images is ‘The Hundred Guilder Print’ www.metmuseum.org, a scene that seems to portray the whole of Matthew chapter 19.

Finally, Rembrandt shows us grace. Rembrandt applied the Bible to himself. One of his last paintings is The Return of the Prodigal Son artsandculture.google.com in which we see the younger son of Luke 15 being welcomed back home by his father who, in a gesture of reconciliation and acceptance, has lovingly put both his hands on him. The son has come home. It’s a story that Rembrandt clearly identified with; his turbulent life revealed that he seek and receive grace from Jesus our Saviour. But then whose life does not?