Heroes Of The Faith: Pandita Ramabai 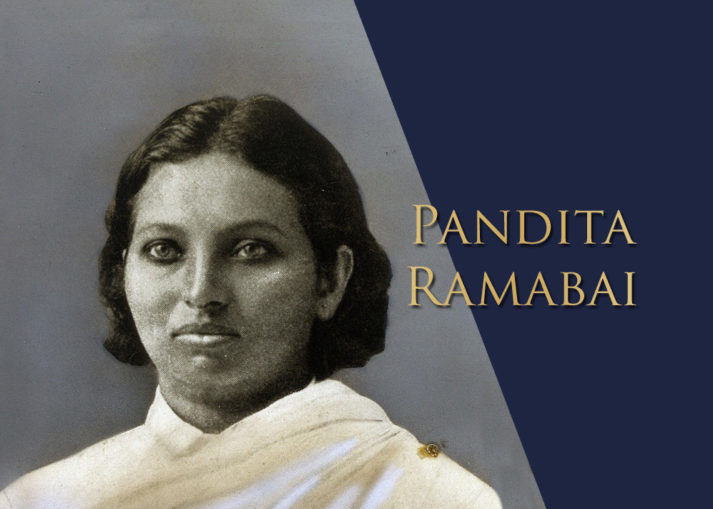 She was born in 1858 into a British-ruled India that was dominated by the Hindu caste system which placed everybody in rigid social levels and treated women as inferior to men. Her father was a high-caste Hindu priest who, defying tradition, taught both Pandita and her mother to read Sanskrit, the sacred language of the Hindu scriptures.

In the famine of 1876–78 Ramabai, aged 16, lost both parents and a sister to starvation. Penniless, she travelled with her brother over India, publicly reciting the Hindu scriptures. She was gifted with an astonishing memory and was invited to speak before the holy men – the ‘pundits’ – in Calcutta. They were so astonished with her knowledge of the sacred texts that she was awarded the title pandita – ‘the learned one’.

Displaying the independence that was to be a life-long characteristic, Pandita broke cultural rules by marrying a man from a different caste. Sadly, her husband soon died, leaving her a widow with a daughter at the age of 23. In Hindu belief, the loss of a husband was felt to be a punishment on the wife for something bad done either in the present or in a past life, with the result that widows were condemned to live in exclusion and poverty. Pandita, by now an orphan, a widow and a single mother, found herself in the worst of all situations.

Defiantly rejecting any exclusion, Pandita began creating an association that would promote women’s rights – including education, women doctors and an end to child marriage. She soon became a figure to be heard and spoke powerfully in an enquiry run by the British authorities. In various ways, Pandita encountered Christianity and, coming across a copy of Luke’s gospel, found herself impressed with how Jesus treated women.

In 1883 Pandita went to Britain with her daughter in the hope of becoming a doctor, a venture that failed due to her advancing deafness. She stayed with an Anglican women’s community where she was impressed by their care for prostitutes and the homeless. She decided to become a Christian and was baptised. It was a high-profile conversion that was considered a betrayal back in India. Although Pandita accepted Christianity, she retained much of her culture, wearing Indian dress and remaining vegetarian.

Pandita was passionate about reforms in India and travelled to the United States. There she wrote a book that was very critical of the way women were treated in India. She developed close friendships with many American Christian women activists, including Harriet Tubman, and gained support from a wide range of churches and organisations. Pandita returned to India in 1888 where she immediately became involved in social work and opened Mukti, a residential centre near Mumbai where young widows could learn to read and write and be secure. It grew rapidly and by 1900 had 1,500 residents.

Pandita‘s life was transformed in 1891 when she read the book From Death into Life in which the English vicar William Haslam recounted his dramatic conversion from a dead formal Christianity to a living faith. Pandita wrote, ‘One thing I knew by this time, that I needed Christ and not merely His religion. I had at last come to an end of myself, and unconditionally surrendered myself to the Saviour.’

From now on Pandita’s life had a new power and joy and although she remained heavily involved in social work, she was now an evangelist, preaching to all a message that focused on Christ, the Holy Spirit and prayer.

Inspired by news of the Welsh revival of 1904 Pandita encouraged prayer for revival in India, and in 1905 there were extraordinary encounters at Mukti as the Holy Spirit fell, giving deep repentance, conversions and profound and lengthy worship. The revival spread out across India and was a tremendous encouragement in the United States when, a year later, the Azusa Street Revival broke out.

Pandita was an extraordinary linguist – she was fluent in seven languages including Greek and Hebrew – and in the last two decades of her life worked to create a new and more accessible Bible translation in her own Marathi language. It was finally completed just days before her death in 1922 at the age of 64.

Pandita had a remarkable life and three things intrigue me about it.

First, the progress of Pandita’s faith is fascinating. Ramabai starts off as a good person – a committed social activist – who makes a Christian commitment and is baptised but who, some years later, comes into a deeper, joyful, Spirit-empowered faith. It’s easy to get stuck in a rut in the Christian life and I suspect a lot of us need to progress from where we are.

Second, the passion of Pandita’s faith is inspiring. Ramabai always had an enormous passion to change things for the better. With her first ‘head commitment’ to Christ and her later ‘heart surrender’, that zeal grew, deepened and became more focused. Here’s a quote about Pandita late in her life: ‘She has but one idea, one ideal, and that is that she may reflect the Lord Jesus Christ. Pandita Ramabai radiates the Lord Jesus.’ We need more like her!

Third, the price of Pandita’s faith is challenging. She lived sacrificially, earning nothing and owning nothing. She paid a price elsewhere. With her independence and challenging faith, Pandita found herself something of an outsider, not just with Hindus but even with churches and missions in India.

Although Pandita Ramabai was called by one Indian academic ‘one of the greatest Indians in all history’ she has been largely forgotten by her nation. I think it’s time to remember her.