Heroes Of The Faith: Lord Shaftesbury 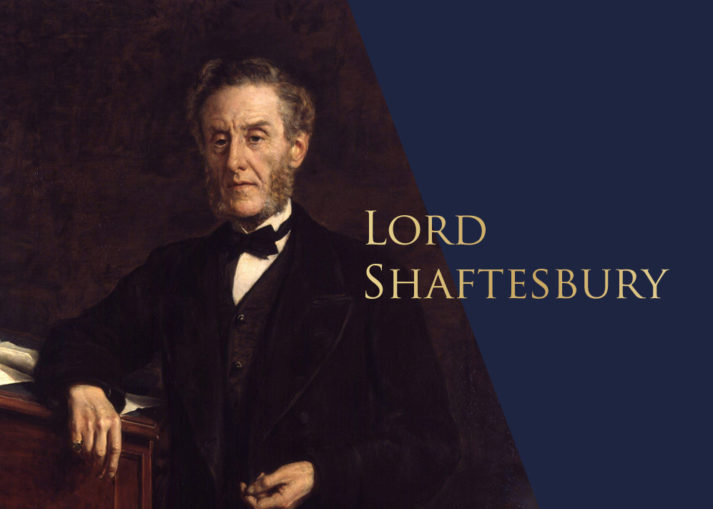 During an age where we topple statues rather than erect them, one man who we can only respect is Anthony Ashley-Cooper, 7th Earl of Shaftesbury. In six decades of public service, Lord Shaftesbury, as he is most conveniently termed, fought successfully against an enormous range of injustices.

Lord Shaftesbury was born into the English aristocracy in 1801. He endured a cold, loveless childhood but found comfort in the love and care of a family housekeeper who shared her Christian faith with him. It’s a wonderful example of how seeds sown with children can bear long-term fruit. As Lord Shaftesbury progressed through public school to Oxford University his faith grew and with it an increasing burden for those at the bottom of the social ladder. In his mid-20s Lord Shaftesbury was elected as a Conservative member of Parliament and with this was a very public commitment to Christ that motivated everything he did.

In 1827 Parliament appointed him to examine the plight of the ‘insane’ who were being shut away in ‘madhouses’. Here, Lord Shaftesbury showed all the hallmarks of his many subsequent campaigns. He investigated personally and carefully, had compassion on those locked away, considered prayerfully the issues and then framed legislation which, with reasoned, factual and devastating arguments, he drove through Parliament.

In an extraordinary career of fifty years in Parliament, Lord Shaftesbury pursued many causes. He brought forward legislation to outlaw children working in industry, to prevent the employment of women and children down coal mines, to end the appalling practice of using small boys as chimney sweeps, and to tackle the evil of the opium trade. In the absence of a national school system, Lord Shaftesbury promoted the ‘ragged schools’ to educate the poor. Although these initiatives may seem self-evidently good to us, they were not so at the time: Lord Shaftesbury frequently found himself opposed by those who found his proposals harmful to the economy. A man who was not just godly but also wise, Lord Shaftesbury backed up his Parliamentary initiatives by helping and creating voluntary organisations to generate grassroots support. Significantly, although Lord Shaftesbury was respected in Parliament, he never held a cabinet office. He was always inclined to put his conscience before the party leadership.

Had Lord Shaftesbury just done this then he would be one of the most remarkable politicians of his century. In fact, it was only part of his life. A committed evangelical Anglican, Lord Shaftesbury involved himself with many organisations, frequently as president or patron, including the Bible Society, the Church Missionary Society and the Evangelical Alliance. He held strong views about the Second Coming and this gave him an enormous enthusiasm for evangelism amongst Jews. He was particularly wise in identifying where the changes of the industrial revolution had produced new challenges for Christian ministry. Here he helped create the Church Pastoral Aid Society, London City Mission and the YMCA, as well as legislation to allow Christian meetings in halls and theatres.

Lord Shaftesbury died at the age of 84 and was mourned across the nation. Because of his achievements a grateful nation accorded him a statue after his death: the figure that dominates Piccadilly Circus in London (officially ‘the Angel of Christian Charity’).

Lord Shaftesbury was an extraordinary man. How did he manage to achieve what he did? He certainly had many natural gifts, including a good education, enormous stamina, an ability for public speaking and a privileged status which allowed him to access influential people. Yet he used those gifts wisely. What transformed them was his deep faith, his dedication to prayer and Bible reading and his supportive network of Christian friends.

First, I see an astonishing perseverance. He worked non-stop for the well-being of others for sixty years. He persevered in his campaigns; for instance, he worked to help the mentally ill for over fifty years. He rarely gave up.

Second, I see an appealing perspective. Lord Shaftesbury recognised that his privileged status brought with it a responsibility to those beneath him. Yet beyond this sense of social duty was his permanent awareness that one day he would stand before God. As one of God’s children he knew that he had work and duties to do. Politics was not a job for him, it was his calling.

Many of the battles that Lord Shaftesbury fought are now history. In the United Kingdom there are no women miners or child chimney sweeps, but other injustices remain.

Let me leave you with a passage from Lord Shaftesbury’s diary for Christmas day 1843 that captures the man perfectly.

‘Rose before six to prayer and meditation. Ah, blessed God, how many in the mills and factories have risen at four, on this day even, to toil and suffering.’

It challenges me and I hope it challenges you. May we see a new generation of ‘Shaftsburys’ rise up for a time such as this.