Heroes Of The Faith: Joseph 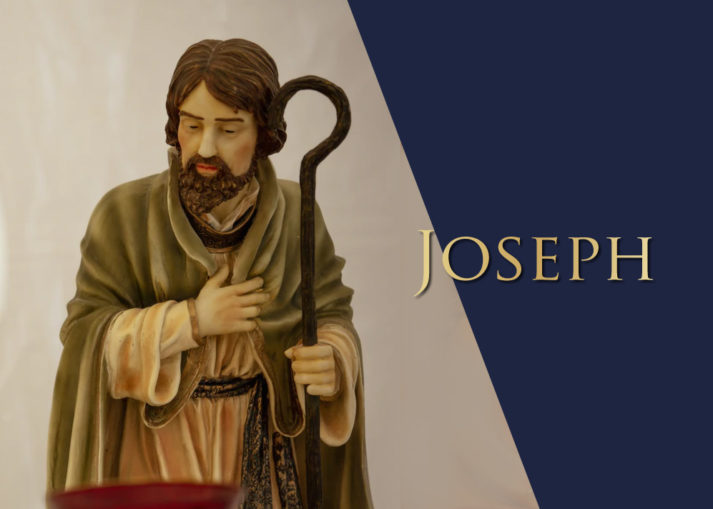 Joseph; was a man who, at least on the surface, finds himself in a supporting role.

We learn from Matthew 13:55 that he was a ‘carpenter’. In terms of his spiritual life, we are told that he was a man who was ‘righteous’ (Matthew 1:19 NLT), something confirmed by his actions. His final appearance in the gospels occurs in the account of how the twelve-year-old Jesus went to the temple and was separated from his family. Although someone known to the inhabitants of Nazareth (Luke 4:22, John 1:45, 6:42), the fact that Joseph makes no appearance in the ministry of Jesus suggests that by then he had died.

That Joseph takes second place in the Nativity accounts is striking in a culture in which men are in charge. But he does. Whereas Mary has a personal visit from Gabriel, with promises, explanations and an answered question, Joseph receives two angelic messages in dreams. Mary receives a prophecy from Simeon in the temple, Joseph doesn’t. Perhaps most significant of all is the fact that while Mary gives us the hymn of the Magnificat, we have not a single word preserved from Joseph anywhere.

Inevitably, given how little we know about Joseph, we imagine details. We think of him as a solid, passive individual; a quiet man, to be found working away diligently at the carpenter’s table or out fixing someone’s roof. He is the sort of man who everybody knows and respects but who definitely lacks anything that might be considered hero quality.

In fact, I believe that Joseph not only is a hero but that he is typical of a very important, if neglected, class of heroes. He is the hero in the shadows: the man or woman who never makes the front page but who nevertheless plays a vital role with a quiet heroism.

Let me suggest three characteristics of Joseph for you to consider.

First, Joseph played a secondary role and accepted it. In his culture, as in many, it’s not easy for a man to be outshone by his wife. Here in the Nativity, the focus of events is on the mother and the child, and not Joseph. One wonders how he felt when he greeted people at the door and they said, ‘We’ve come to see Mary and the baby.’ Yet as far as we know he never sought a role beyond that which he was given. The fact is secondary roles are vitally important. Football teams need more than scorers; surgical units more than surgeons; churches more than leaders. In fact, an enormous amount of trouble is caused by those, destined to play second violin in the orchestra of life, who demand to be the soloist. Joseph was given a secondary role and he did it willingly and patiently. There’s a lesson there.

Second, Joseph played a shielding role. Had Joseph chosen he could have divorced Mary and even made her face humiliating public investigation into why she and how she got pregnant. Instead, Joseph chose to protect her. He goes on to lead the way to his ancestral town of Bethlehem where he finds lodging – albeit rather basic – presumably with relatives. Then, warned by an angel in a dream about Herod’s intention to kill the child, Joseph immediately wakes up, grabs his family and, while it is still night, flees to Egypt. He is the protector of the holy family, indeed their bodyguard. To be close to someone and to protect them is a truly important calling.

Third, Joseph played a supporting role. On the basis of Mark 6:3, Mary had at least six other children after Jesus. That’s a sizeable family which would have needed hard work to support and that is presumably what Joseph did as a carpenter. This sort of sustained support over years is undramatic but it is vital, and to do it is to be a hero.

It’s worth remembering that to be any sort of hero costs and Joseph’s role in the shadows certainly did. For him to accept Mary as his wife and the unborn child as his own would have brought him shame and suspicion. Yet Joseph accepted all the tasks demanded of him and, as far as we are told, did them well.

It’s not appealing to be a hero in the shadows. The fact is, though, that every organisation, from a family to a firm, needs its Josephs. Many of the heroes I have mentioned over the last few months were enabled to do what they did because they were supported by figures in the shadows; men and women whose names are unknown to us. Think of famous missionaries; who now remembers the men and women who allowed them to do what they did by chairing mission committees, sorting out practical things, finding finances, arranging prayer meetings and communicating with supporters? Think of acclaimed church leaders; what about those who encouraged them, protected them from trouble, advised them over difficult decisions and helped organise their lives? We all need a hero in the shadows. Maybe you have one; if so, then this Christmas thank them. I have them and am grateful to God for each one of them.

Taken together Mary and Joseph raise fascinating challenges about how we are to live our lives. Some of you may find yourself in the spotlight and end up being widely considered to be a ‘hero’. Others of you may find that you are called to serve in the background; taking undramatic actions to keep individuals or organisations going, preventing crises and offering wisdom and encouragement. In this life you may never acquire ‘hero status’. But in God’s eyes – and that is what counts – a hero is precisely what you may be.