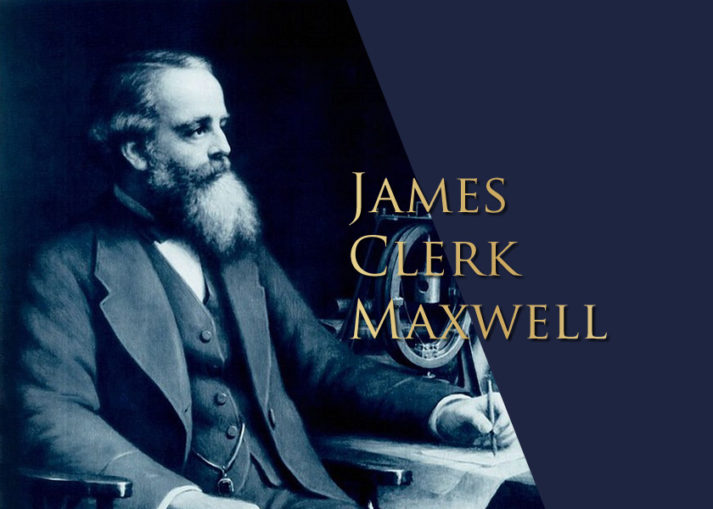 Let me be honest. When it comes to the physicist James Clerk Maxwell I struggle to understand even a fraction of his achievements. He was undoubtedly one of the very greatest of physicists – Einstein had Maxwell’s portrait on his wall to inspire him. In practical terms, Maxwell’s insights into the principles of electromagnetism laid the foundation for our modern world: radio, television, smartphones and the Internet.

James Clerk Maxwell was born in 1831 in Edinburgh, Scotland. An extraordinarily curious child, Maxwell investigated everything he could find. He grew up in a deeply Christian home and by the age of eight could recite all 176 verses of the 119th Psalm! His mother, who had been personally educating him, died when he was eight and Maxwell’s later education was first at the Edinburgh Academy and then, from age 16, Edinburgh University.

In 1850 Maxwell went to study at Cambridge University. There, he subjected his Christian beliefs to a thorough analysis and, after a conversion experience, took hold of a mature and confident faith that was to endure throughout his life. In 1854 he graduated with a degree in mathematics and began a teaching and research career at Cambridge. Rising rapidly in the science world, in 1856 he was appointed professor at Aberdeen at the young age of 25.

In 1857 Maxwell married Katherine Dewar and they shared a deep Christian faith. There are many letters to Katherine in which Maxwell discusses Bible passages that he knew they were reading together.

Maxwell applied his intellect and his mathematical skills to many subjects. One of his first successes was to solve the two-centuries-old mystery of the rings of Saturn. In his published analysis – with sixty pages of complex mathematics – he proposed that they must be made of numerous small particles; a conclusion vindicated by space probes. In 1860 he moved to King’s College, London, where he worked on colour photography and explored issues to do with electricity and magnetism. In London he became acquainted with the elderly Michael Faraday. Although very different personalities, it can be said that if Faraday dominated the physics of the first half of the nineteenth century, it was Maxwell who did so in the second half.

He was appointed the first Professor of Physics at Cambridge in 1871. There he created the Cavendish Laboratory, an institution that was to acquire a legendary reputation as a centre for physics, generating 30 Nobel prizes. Maxwell’s personal faith can be seen in the way that he had Psalm 111:2 inscribed on the doors: ‘Great are the works of the Lord; they are pondered by all who delight in them.’

In 1879 Maxwell’s health failed and at the age of 48 he died. The minister who visited him in his last weeks reported that he spent his last days with a faith that was confident in ‘the gospel of the Saviour’.

Maxwell’s greatest achievement was the way that he was able to unite what had been considered to be three separate phenomena: electricity, magnetism and light. His studies laid the basis for the Theory of Relativity and modern physics, and Einstein himself said that ‘one scientific epoch ended and another began with James Clerk Maxwell’.

Maxwell openly declared his Christian beliefs and knew his Bible to the extent that it was widely believed that he had memorised a lot of it. His was also an intelligent faith: Maxwell could – and did – discuss theology with bishops. He belonged to an evangelical Presbyterian church and in his later years became a church elder. In terms of his character, he was widely praised for his calm, humour, generosity and humility.

Maxwell is a hero of the faith because he combined his commitment to the Christian faith with the very highest levels of science.

First, Maxwell’s faith satisfied him. Here was one of the most intelligent minds who constantly questioned every aspect of how the universe works. Yet he built his life around a biblical Christianity and remained perfectly content with it. Some people today seem to feel that doubt is a virtue and that a spiritual restlessness is praiseworthy. Not so with Maxwell: he was a man who was committed to his Christian faith.

Maxwell’s faith stimulated him. He was cautious about how God’s eternal truth linked with the provisional and changing ideas of science. Yet his Christian faith gave him a vital framework for his research. He believed that because the universe had been created by God and that human beings had been made in God’s image, it was perfectly reasonable that we could – and should – try to understand the universe.

Finally, Maxwell’s faith supported him. He lost his much-loved mother when he was eight, his adored father when he was in his twenties, and his marriage was sadly childless. In his forties his wife fell critically ill and his attempts to help her were ended by his own fatal illness. Yet through these bitter trials we find Maxwell confidently quoting the Bible and being grateful that he knew God in Christ.