Heroes Of The Faith: Francis Schaeffer 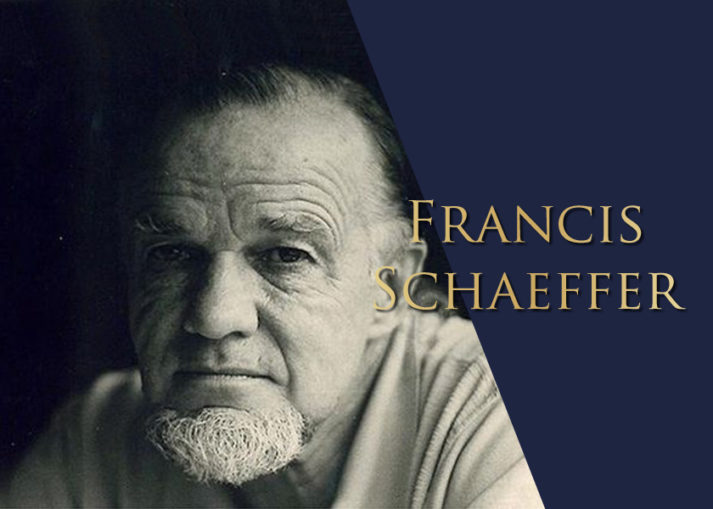 In my early days as a Christian one of the most influential figures around was the theologian, philosopher, pastor and preacher Francis Schaeffer. I have always valued his books and regret that I didn’t spend time with him at L’Abri.

Born in Pennsylvania, USA in 1912, Schaeffer was the only child of working-class parents with no Christian faith. In his youth he became fascinated by the great questions of philosophy and, finding answers in the Bible, became a Christian at eighteen. After studying in a liberal arts college in Virginia, he enrolled in a theologically conservative seminary to train as a pastor. In 1935 he married Edith, the daughter of missionaries with Hudson Taylor’s China Inland Mission. She was to be an enormous support to Schaeffer and his ministry and together they were to have four children.

In his early years as a Presbyterian pastor, Schaeffer found himself focusing on defending a Christianity that took the Bible seriously against the increasingly liberal version. After the Second World War, Schaeffer’s denomination sent him to investigate the state of Christianity in Europe. He returned with an alarming account of how many European churches were slipping away from any confidence in the Bible as God’s word. One lasting influence of the trip came from Schaeffer’s many visits to art galleries and museums, something that deepened his lifelong love of western culture.

Soon the Schaeffers felt called by God to be missionaries in Europe and in 1948 moved to Switzerland where they began a ministry that focused on the defence of a biblical Christianity. In 1951 Schaeffer came to the realisation that his calling was to preach truth to those outside Christianity rather than wage theological warfare within it.

Soon the Schaeffers founded a community in the Swiss Alps which they called L’Abri, French for ‘the shelter’. Increasingly, young searching people would turn up and stay with the Schaeffers where Edith would look after them and Francis would listen to them and discuss life, philosophy and theology. One of Schaeffer’s strengths was his remarkable breadth of interest and he became known for how he could apply biblical wisdom to everything from modern art to contemporary philosophy.

L’Abri became more well-known and in the 1960s, that decade when everything was questioned and challenged, it acquired a special significance. Many who were hungry to find meaning and purpose or who had been disillusioned by the hippy scene found their way there. There were conversions but perhaps of equal importance, many Christians saw broken faith mended and shallow faith deepened as they stayed with the Schaeffers. For many people L’Abri was indeed a shelter from the storm.

Increasingly, as Schaeffer’s talks were printed and circulated, he became a global figure and began an important itinerant ministry which made a remarkable impact. Christian audiences found themselves faced by a man dressed like a Swiss farmer, with knee breeches and hiking shoes, a white beard and long hair, confidently applying biblical Christianity to the confusing world about them. Whether it was pop music, avant-garde cinema or liberal theology, Schaeffer always had something helpful and insightful to say. He was a man who was simultaneously radical, challenging and inspiring.

Francis Schaeffer left a rich legacy. The work of L’Abri continues in different ways across the world. Most of Schaeffer’s books remain in print and many of them are still relevant. Schaeffer could see the big picture. His solemn warning that the West’s departure from its Christian foundations would take it into a perilous moral vacuum has sadly been fulfilled. Schaeffer also had a tremendous influence on individuals and many people, including some distinguished academics, view him as their spiritual and intellectual father.

Schaeffer was the right man at the right time, wisely guiding the global church through an upheaval of cultural change. Faced with new and challenging questions many believers were enormously reassured by the fact that, even if they didn’t have the answers (or sometimes even understand the questions), Francis Schaeffer did.

As an evangelist, Francis Schaeffer is a hero of mine for various reasons. Let me list three.

First, Schaeffer cared about the world. In difficult times it’s always tempting to go into defensive mode and hide behind thick walls. Sadly that hinders evangelism because you don’t actually meet anybody there with whom you can share the gospel. With his love of art and culture Schaeffer didn’t retreat from the world but sought to apply God’s truth to it.

Second, Schaeffer cared about truth. He often spoke of ‘true truth’. Yet it holds an important idea; the fact that at a time when there are many claims to ‘truth’ only Christianity is fundamentally and genuinely true. It’s vital in evangelism: we ask people to accept the gospel not because it can make a difference but because it is ultimately true.

Third, Schaeffer cared about people. He could have become a hermit, grappling with ideas in comfort and safety from his Swiss mountain retreat. But he didn’t. He and Edith sacrificially opened their house to the world and without judgement cared for those who came to them. Schaeffer softened the sharpness of truth with the sweetness of compassion.