Heroes Of The Faith: David Wilkerson 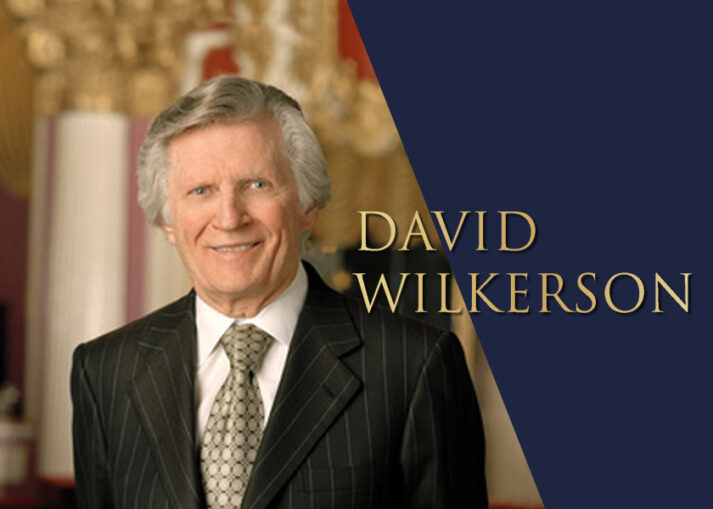 Denominations, churches and even individual Christians always risk stagnation; a situation in which everybody is busy doing nothing. At such times, God often sends someone to shake things up. A man who did just that was David Wilkerson, the American evangelist who took the gospel from the comfort of the pulpit down into the ugliest of streets.

Wilkerson was born in 1931 to a long line of Pennsylvanian Pentecostal Christian preachers and raised in a Christian family. He received Christ at age eight and began preaching in his early teens. After going to Bible College, Wilkerson was ordained as a minister in 1952 and was married the following year. The Fifties were a time of quiet prosperity in America and, with honourable exceptions, churches were focused on stability, comfort and conservative values. As a successful pastor of a rural church, Wilkerson seemed destined for lifelong ministry as a country minister.

It was not to be. Wilkerson had both a restless nature and a deep hunger to know and obey God. One evening in 1958 he became profoundly moved by an article on some young New York gang members who were being tried for a brutal murder. Impelled by God, Wilkerson drove to New York to try to witness to them at the trial. He failed but gained publicity in the press that gained him access into the gang world. Despite being far from his comfort zone, Wilkerson now felt that working amongst the New York gangs was his calling. Turning from his successful pastorate, he began street evangelism amongst young drug addicts and gang members in New York. It was a dangerous ministry, but Wilkerson’s preaching saw some miraculous conversions, the most famous of which was the gang leader Nicky Cruz. After what Wilkerson was doing became publicised in The Cross and the Switchblade, a book which sold 15 million copies in 30 languages, he became internationally well-known. The book not only told a remarkable story but confronted the comfortable evangelical church with its calling to preach the gospel to ‘the last, the least, and the lost’.

As the ministry grew Wilkerson founded an addiction recovery programme called Teen Challenge, expanding it out eventually to Global Teen Challenge. Here, as elsewhere, Wilkerson was the classic pioneer: intensely involved in the beginning of ventures and then, as he moved on to some new project, passing the work over to others to administer and develop.

As the Sixties unleashed a tidal wave of cultural change, Wilkerson began working among middle-class teenagers who were now drifting into a counterculture of drugs, sex and alcohol. He developed a global ministry as a challenging speaker and a prolific author, ultimately writing 30 books. A number of these were based on prophecies he had received and his dramatic predictions of disaster for the United States were both praised and condemned.

In 1986 David Wilkerson felt called by the Holy Spirit to return to New York City and open a ministry in downtown Manhattan where he felt Christian witness had vanished. The result was the Times Square Church which had – and continues to have – a ministry to both the prosperous and the poor.

Ending his pastoral work in 1997, Wilkerson continued his preaching and writing ministry into the new millennium. In 2011 he was killed in a car crash at the age of 79.

There is much that can be said about the life and ministry of David Wilkerson. I had the joy of meeting him and these thoughts come to mind.

First, Wilkerson was a remarkable individual. These articles about heroes have reminded me how uniquely varied God’s people are. Wilkerson cannot be fitted conveniently into any sort of pigeonhole. He was a man with a profound love for the lost but who could be uncomfortably blunt in his condemnation of the sins of society and individuals. He believed deeply in the importance of churches but was defiantly against denominations. He was a Pentecostal who had a deep affection for the Puritans. He took risks, offered prophecies that failed, condemned contemporary Christian music and criticised fellow Christians. He was a one-off and God made remarkable use of him.

Second, he was a man of involvement. Wilkerson didn’t just lament over situations or denounce them from the pulpit; he got involved in trying to put them right. He went down into the streets to share the gospel and I can’t help but think that that’s where more of us ought to be.

Third, he was a man of intensity. Wilkerson didn’t do half-measures. His profound hunger for God and his burning compassion for the lost put most of us to shame. As an evangelist he didn’t just ask for conversion to Jesus; he asked for total surrender and dedication to him. His intense attitude to his outreach – some called him a ‘fanatic’ – David Wilkerson was a man on fire and it’s not surprising that many Christians found him too hot to handle.

Fourth, he was a man of integrity. Through David Wilkerson’s long and varied ministry in complex and difficult settings, no hint of scandal in any shape or form touched him. People disagreed with him and criticised what he wrote but he remained untainted by anything that might compromise him or the gospel of Christ. His commitment to God protected him.

Above all, David Wilkerson was a man who inspired. He was someone whose importance extends well beyond his own personal achievement. Through his ministry and particularly The Cross and the Switchblade, Wilkerson shook up the sleeping church by showing them what could, and should, be done for the lost. Still today he reminds believers everywhere that the purpose of the Christian faith is not the creation of comfortable communities. It is to rescue the lost in the power of the Spirit.