Heroes Of The Faith: Charles Simeon 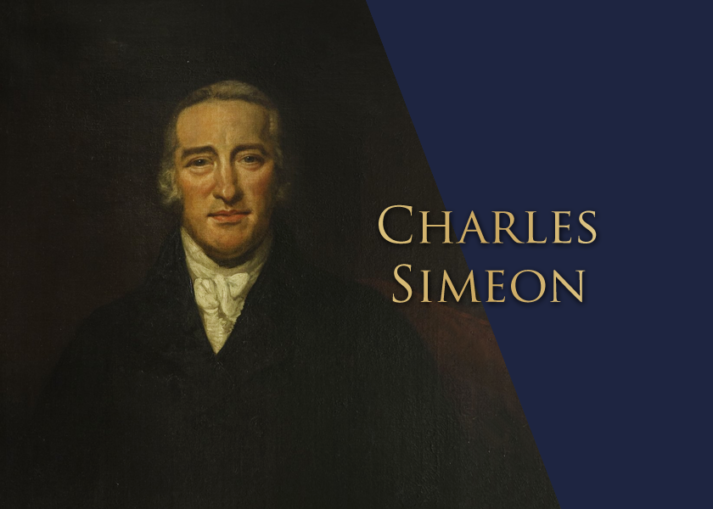 Simeon was born in 1759 to a wealthy, upper-class family in the south-east of England who had only a superficial Christian faith. Educated at Eton and King’s College, Cambridge, as a young man Simeon was wealthy, witty, vain and short-tempered, with few interests outside riding, sport and fashion.

At Cambridge, he discovered the uncomfortable fact that the university required him to take Holy Communion at Easter.

Contemplating this, Simeon found himself overwhelmed with his own unworthiness and feeling that ‘Satan himself was as fit to attend as I’. Without anyone to guide him, he turned to the Bible and Christian books to find out how he could make himself right with God. Finally, he came to the joyful realisation that, at the cross, Christ had done for him what he could not do for himself. In the spiritual darkness of the period, Simeon grew in his faith and felt called to be a preacher of the gospel and his thoughts turned to a local church, Holy Trinity Church in the centre of Cambridge. (Here can I admit a personal interest? It’s where I met my wife Killy – the then-vicar’s daughter – when I led a mission in Cambridge in 1981! My father-in-law Reverend Canon Michael Rees was the vicar of Holy Trinity 1972–1984, and Killy and I got married at Holy Trinity on 23 July 1983.)

In fact, through some unusual circumstances, Simeon, still not fully ordained, found himself given responsibility for Holy Trinity at the age of twenty-two. His irregular appointment, his youth, his somewhat curious mannerisms and his earnest preaching made him unpopular with the congregation who, at first, opposed him in every manner possible. Confident that this was where God wanted him, Simeon resisted opposition and ended up being the vicar of Holy Trinity for fifty-four years until his death.

Simeon worked hard at his preaching and pastoring and increasingly his ministry came to be appreciated. His congregation steadily grew until eventually he was preaching twice on Sunday with over a thousand people attending. Ever practical, he created a support team with twenty-four pastoral assistants, both men and women. As he continued in his church, he remained as a resident of King’s College in rooms that offered him a useful venue for meeting with students and those interested in the Christian faith. From his fixed position in Cambridge, Simeon began to exert an ever-increasing influence for the gospel. He took a particular interest in encouraging young men with potential for the ministry, teaching them theology and preaching skills. With time, his protégés became clerics in the Church of England and, as they did, his own reputation spread.

Simeon was always eager to support Christian ventures and was a founder of the Church Missionary Society and, with William Wilberforce, what is now the Church’s Ministry Among Jewish People or CMJ.

He was a great supporter of missionaries, many of whom, including the remarkable Henry Martyn, he knew well personally.

Simeon died in 1836, just a few months before the start of Queen Victoria’s reign. Much had changed during his long ministry. Within Cambridge he was now an honoured and respected figure; indeed, the town came to a stop for his funeral. Within the British nation, the evangelical beliefs that he had promoted were now mainstream. At the time of Simeon’s death, it is estimated that one-third of all the Anglican ministers in the country had sat under his teaching at one time or another and Simeon’s biblical Christianity was to become a profound influence on the moral tone of the Victorian period. And worldwide, there were Christians who had either been converted by Simeon or whom he had taught and trained.

Charles Simeon was a man of priorities and three strike me powerfully.

First, Simeon made prayer a priority. His pattern was to get up at 4 o’clock in the morning and spend four hours in prayer and Bible reading.

The enormous amount that Simeon achieved was built on the firmest of foundations: a rich and deep personal relationship with God.

Second, Simeon made preaching a priority. He saw faithful clear biblical preaching as one of the main ways in which the kingdom of God advanced. He worked hard at his preaching, taking hours in sermon preparation and always careful to make sure that what he said was rooted in Scripture and focused on Christ.

He preached effectively and taught others to do the same. In order to help other preachers, he published his sermon outlines which ran to twenty-one volumes.

Simeon made posterity a priority. He took a strategic view of how to spread the gospel. He didn’t simply want people to be just converted; he wanted them to be those who would go on to preach the gospel to others. He preached, taught and counselled individuals and used every means he could to find parishes for them.

Quietly, steadily, unspectacularly, Sunday by Sunday, Charles Simeon spent his life preaching. Through his preaching, God used him in an astonishing way to change both his nation and the world for good.