Faith By Numbers: Measuring The Impact That Churches Have In Their Areas 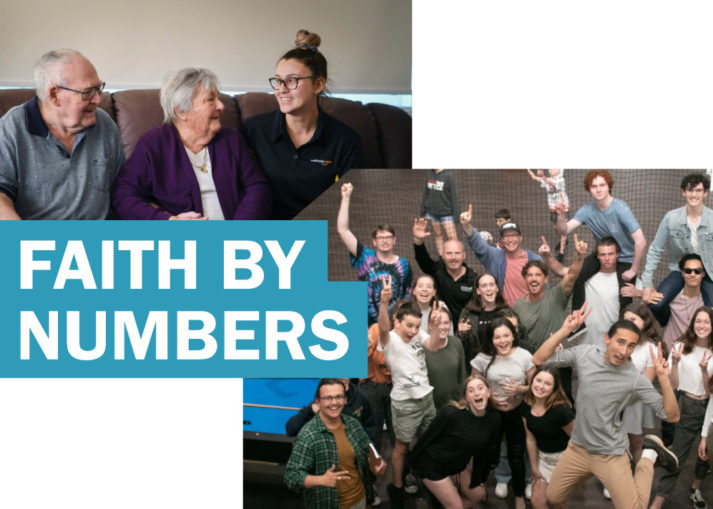 Wouldn’t it be great to measure the true impact that local churches and faith-based organisations have in your town or city? Many churches are doing incredible work transforming their local communities through social projects and other initiatives. The downside is that activity keeps us so busy that we may not be fully aware of the amazing work of other churches and faith-based community projects. Wouldn’t it be great to step back for a moment and take a broad view of exactly what the collective church community is doing in a city or region to transform lives?

Faith Action Audit
Cinnamon Network has developed a tool to measure and report the collective social impact of the Church in local communities – we call it the Cinnamon Faith Action Audit. Our approach, and the data it provides, has helped transform the relationship between churches and civic leadership in communities around the world. It has also positively shifted public perceptions about the role and value of the church in society.

Faith is a force for good
Australia has recently published its first Cinnamon Faith Action Audit in the Illawarra region of New South Wales. The results offer powerful evidence that ‘faith is a force for good’. The Illawarra CFAA survey, completed by over 100 churches and faith-based organisations, revealed the local faith community contributes over AU $9.7 million of time to the community each year and there are 140 000 moments when people are served – which is more than half the population of Wollongong and Shellharbour combined.

Numbers help to tell an accurate story
The numbers help tell the story of God’s love and our love for our neighbour. This is a community where people genuinely care about one another, where the least are not forgotten, and where the church plays an active role. Cinnamon has supported churches in 95 local government areas around the world to undertake a Faith Action Audit, giving evidences that the church contributes 9.9 billion GBP per annum to those communities.

The rationale behind the Audit
The rationale behind the Faith Action Audit can be found in Cinnamon CEO and founder Matt Bird’s eBook Transform:
“The church communicates value through the stories it tells. In contrast civic society communicates value through the numbers and metrics it uses. Cinnamon Network International helps the church become bilingual by communicating its value in both numbers and stories. Developing the capability to communicate the value of what the church and faith based organisations do in numbers, transforms the way in which people perceive their contribution. Previously what seemed soft, fluffy, and nice becomes concrete, specific, and real.”

Matt Bird is a global speaker and Founder CEO of Cinnamon Network International whose mission is to help churches transform communities. Matt is also the founder of Relationology, helping businesses build profitable relationships and Issachar Global encouraging people about how to live and lead. He lives in Wimbledon UK with his wife Esther and their three teenage children. Visit cinnamonnetwork.com