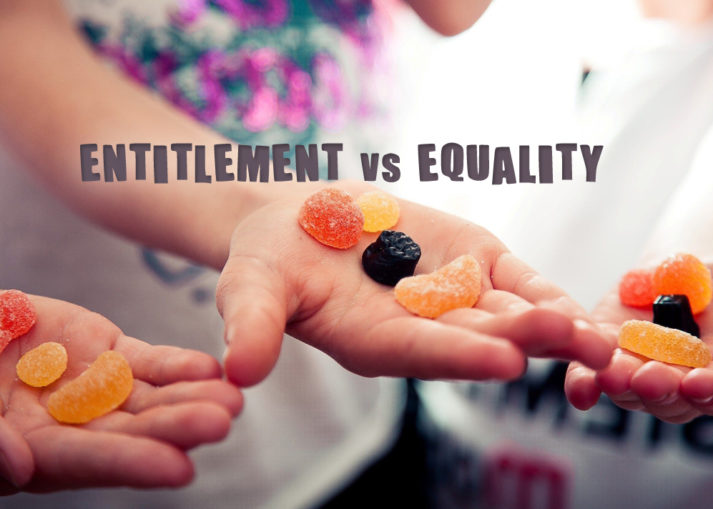 The World Economic Forum recently released a new report called, “Working for the Few,” that contains some startling statistics on what it calls the “growing tide of inequality”. The report states:

What are the challenges?
The challenge camouflaged in these statistics is not only the disproportionate distribution of wealth, but in the entrapment of entitlement, both by the privileged and the disadvantaged alike. Entitlement and equality are generally two components that stand in direct opposition to one another, fighting for position in a healthy community. The rich will be quick to point out that they have “worked” for what they have: they deserve their riches considering their labour. The poor will be equally as quick to point out that they never had the opportunity to work and were exploited by the rich. Soon enough communities develop slogans to reflect their positions in society. An example is “white privilege” which became a global topic, dividing the ‘haves’ and the ‘have nots’ and exposing pain and guilt, all at the same time.

What does the Bible say?
The Bible clearly teaches what economic relationship God desires for His people, and the solution to entitlement. God neither desires His Church to be poor nor to live in excess. According to Scripture, God’s economic system is based on simplicity, charity, contentment, and equality. But sadly, the principle of equal distribution is often confused with equal ownership. This is the heart of the “expropriation of land without compensation” issue in South Africa, where the economically disadvantaged often feel entitled to have what the economically privileged own. And what we often miss is that there is a huge difference between equality in owning and equality through sharing.

Owning VS sharing
Marius Oosthuizen (a member of the faculty at the Gordon Institute of Business Science, University of Pretoria), recently addressed the controversial “land expropriation without compensation” issue in South Africa by illustrating the difference between equality in owning and equality through sharing, by means of the following story:

“I am a father of three children” he explained. “When I come home in the afternoon with two packets of sweets, one of my children will feel disadvantaged and probably throw a tantrum because the others now “own” something that he doesn’t. If I want to teach them equality it will not be done by bringing three packets of sweets, one for each one of them. This will teach them equality in ownership and produce selfish entitlement but not equality. But when I bring only one bag of sweets and tell them to share it between the three of them, they will learn the principle of equality and teach them the principle of selfless sharing.”

God’s heart is selfless
This worldwide economic structure of selfish owning cannot be pleasing to God; such relationships are unbiblical and a definite hindrance to world evangelism. Equality within the body of Christ is of utmost importance to God: “Carry each other’s burdens, and in this way you will fulfil the law of Christ.” – Galatians 6:2. “Let each one look out, not only for his own interests, but also for the interests of others.” – Philippians 2:4. Land “expropriation without compensation” will never be solved by equal ownership, because someone will always feel disadvantaged. It can only be solved by the Biblical model of equal, selfless sharing that will allow both the one who has and the one who needs to be co-creators in a community of equality. This will require a life of sharing and a lifestyle of charity.

Sharing is Biblical
It was reported recently that farmers in South Africa are starting to approach the government with offers to share pieces of land. Minister of Rural Development and Land Reform, Maite Nkoana-Mashabane, told Parliament that farmers are already approaching her department to discuss offering their land up to the state’s land reform initiatives. Nkoana-Mashabane told Parliament that, contrary to the narrative of discord, many South African landowners are happy to approach government to assist in enriching the land reform discussion in a way that prioritises food security and economic stability. What a glorious display of the use of prosperity to advance equality. What a glorious display of restoring justice, not by giving away possession but by sharing ownership. What a glorious display of the Lord’s generous abundance, by showing abundant generosity.