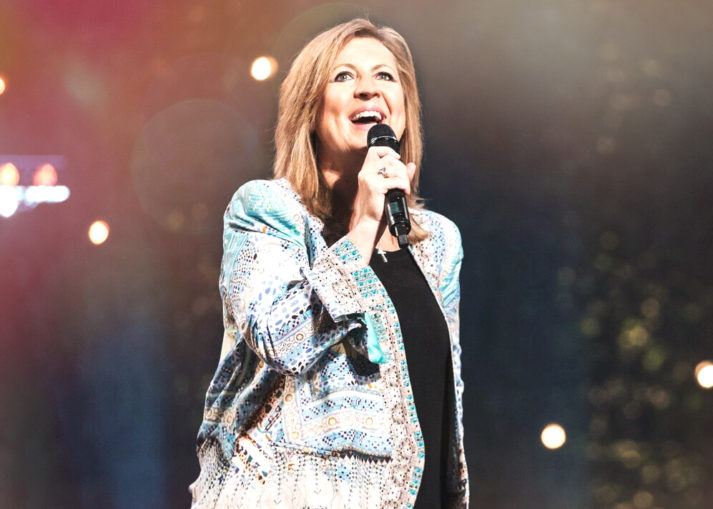 Australian Darlene Zschech is acclaimed all over the world as a composer, worship leader, pastor, and speaker, most notably for her involvement in the music from Hillsong Church in Sydney over many years. Although she has achieved numerous gold albums and her songs are sung in many nations of the world, Darlene’s success simply stands as a testimony to her life’s passion for serving God and people with all her heart. Alongside her husband Mark, they are the Senior Pastors of Hope Unlimited Church (HopeUC) on the Central Coast of New South Wales, Australia. Darlene describes herself as an “addict” for the presence of the Lord. She states: “I have always had a huge fascination with the presence of God, ever since I was first saved. I am an addict!  I love his presence; I am not happy without it. It is what scares me the most in life.”

Raising money for the less fortunate
As a composer, Darlene is perhaps most famous for the chorus “Shout to the Lord,” a song that is sung by millions of churchgoers every week and has been covered by many other artists. “Shout to the Lord” was nominated for Album of the Year for the 1997 Dove Awards and was nominated for Song of the Year for the 1998 Dove Awards. In 2000, Darlene received a Dove Award nomination for Songwriter of the Year and received the International Award for influence in praise and worship. In addition to “Shout to the Lord,” Darlene has written many songs through her solo projects: “Kiss of Heaven”, “Extravagant Worship”, “Change Your World”, “Simply Darlene”, “You Are Love”, and “Revealing Jesus”, a live worship album recorded with Grammy award winning Israel Houghton. Through the Compassionart project 2008, Darlene was honoured to have the privilege of writing with some of the most generous-hearted worship writers and leaders of our day. The goal of Compassionart was to write an album where all the money raised went to others in less fortunate circumstances. Darlene is passionate about raising and training other worship pastors, leaders, teams and writers. To this end, she has penned four books – “Extravagant Worship”, “The Kiss of Heaven”, “The Art of Mentoring”, and “Revealing Jesus” devotional. These titles combined have been translated into over 20 different languages. Darlene’s most recent book project that is scheduled for release is ‘Worship Changes Everything’.

Bringing hope to the world
Many years ago Mark and Darlene made a life commitment to do whatever they could to bring answers and relief to human suffering. One of their great joys in life has been to work with Compassion International, serving the world’s poorest of the poor children. It was during a Compassion trip to Central Africa in 2004 that Mark and Darlene were prompted to initiate Hope: Rwanda, a global endeavour designed to bring hope to a nation seemingly forgotten since the horrific genocide of 1994. The 100 Days of Hope (April 6 – July 15, 2006) project was strategically co-ordinated to cover the same 100 days that saw approximately 1 million people viciously slaughtered. Now HOPE: Global continues to bring hope and healing to Rwanda, and a new ‘HOPE’ has spread into Cambodia, Vanuatu, and India. The HOPE team are excited about all the future endeavours that continue to gather great momentum.

Serving Christ wholeheartedly
Darlene and Mark live in the beautiful Central Coast of New South Wales with their three daughters, Zoe, Amy and son-in-law Andrew, Chloe and son-in-law Hosanna, and beautiful grand-daughters Ava Pearl, Ruthie Feather, and grandson Roman Emmanuel Mark. While they travel extensively and have the honour of working and ministering alongside amazing friends around the globe, the family remains Darlene’s delight. Darlene says, “First and foremost I am a woman who simply and wholeheartedly loves Christ, and serves Him through loving my family, serving the church, and speaking up for those who cannot speak for themselves.” Darlene plans to return to South Africa in the near future, as she has a huge heart for this nation.