Why The Church Must Invite God Back Into His Own House 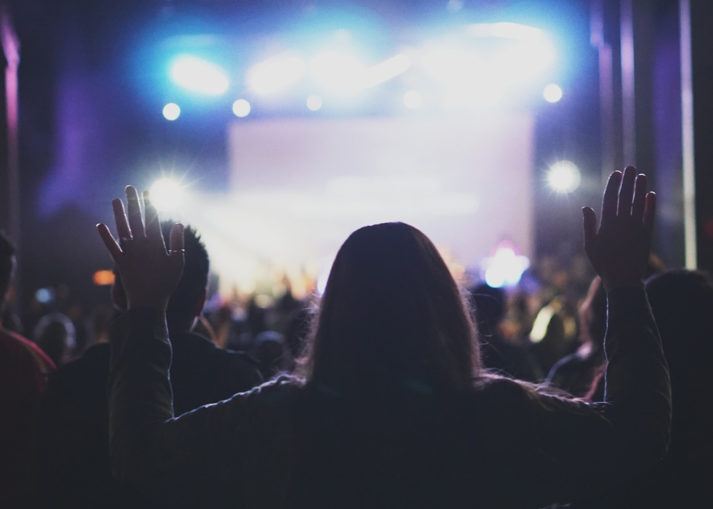 Note: This is part 1 of a two-part series. Click here to read part 2.

In Mark 11, we find a story about Jesus that is somewhat perplexing. But with a bit of background, we discover it’s actually a lesson for us in bringing God back in the church!

On the next day when they had returned from Bethany, He was hungry. Seeing from afar a fig tree with leaves, He went to see if perhaps He might find anything on it. When He came to it, He found nothing except leaves, for it was not the season for figs. Jesus said to it, “May no one ever eat fruit from you again.” And His disciples heard it (Mark 11:12-14).

If you’re like me, you read these verses and think, how can you curse a fig tree because it only has leaves when it’s not even in the season for figs? Let’s take a closer look.

“And they came to Jerusalem. Jesus went into the temple and began to drive out those who sold and bought in the temple, and He overturned the tables of the moneychangers and the seats of those who sold doves. And He would not allow anyone to carry any vessel through the temple” (Mark 11:15-16).

Immediately after cursing the fig tree, Jesus goes into Jerusalem and cleanses the temple from the money changers and those who were selling wares. But why did Jesus do this and is there a correlation between cursing the fig tree and cleansing the temple? After all, those who were coming to worship were required to make sacrifices, and the others were selling items that were needed for those sacrifices. Yet Jesus calls them thieves.

Since the Indonesian tsunami and Hurricanes Katrina and Rita in 2005, our ministry has been extensively involved in numerous disaster relief projects. During these times, we see so many people rise to the occasion in bringing hope and help to people who, sometimes, have lost nearly everything they own. Sadly, though, we also see the “storm chasers” emerge—these are the handful of contractors, garbage disposal companies, tow truck drivers and more who increase their prices because they know people are desperate for their services. Or, they gouge the insurance companies and cause dramatic increases in premiums for us all.

This is an atrocity, and it is exactly what is happening in Mark 11. Jesus sees people who are purchasing items that are required of them as worshippers, but the merchants selling those items are gouging the prices and taking advantage of them. And in that context, He overturns the tables and drives them out. Verses 20-21 tell us what happens the next day:

“In the morning, as they passed by, they saw the fig tree withered from the roots. Peter, calling to remembrance, said to Him, ‘Rabbi, look! The fig tree which You cursed has withered away'” (Mark 11:20-21).

By now we know the story of the fig tree has a direct connection to the cleansing of the temple because Scripture brings us back there. If we research things further, we discover there is an edible nodule on a fig tree even when figs are out of season. If there are no nodules on the tree, the tree is not healthy. As Timothy Keller states in his book King’s Cross, “If you found a fig tree that had begun to sprout leaves but had none of these delicious nodules, you would know that something was wrong. It might look okay from a distance because the leaves had emerged, but if it had no nodules it was diseased or maybe even dying inside. Growth without fruit was a sign of decay.”

Jesus cursing the fig tree has everything to do with His shaking of the church. It’s His way of saying we need to get rid of the things in our lives and our ministries that will never be fruitful, the things that waste our time, the things that are frivolous. Get rid of the dead works and the decay. The only way we can do that is by inviting God back into the church—we need to return the El to Bethel!

The ‘El’ of ‘Bethel’
In the Old Testament, the word El means “God” and Bethel means “House of God.”

Genesis 31:13a says, “I am the God of Bethel, where you anointed the pillar, where you vowed a vow to Me.”

Genesis 35:7 says: “There he built an altar and called the place El Bethel, because God had appeared to him there when he fled from his brother.

God was speaking here to Jacob, who later became Israel, about the place he named “Bethel” after God revealed Himself when he fled his brother. Now he renames the place “El Bethel.” Like Jacob did here, we need to invite God back in His house. We need “El” back in the “Bethel.”

Inviting God back in His house, first and foremost, means putting Him back in our lives and in our hearts. He needs to be the Lord of our lives in every way because we are the temples of the Holy Spirit. We’ve been purchased with the precious blood of Jesus, so we no longer belong to ourselves but to the Lord.

But we also need God back in our families and back in our homes. The family unit is a microcosm of the church at large as well as the church across a city or a nation or around the world. Once we get back in order and in proper alignment there, we can truly begin to understand the importance of having the Lord back in the house of the Lord.

Worshipping God or Worshipping Worship?
The institution of the church is often so formula-oriented or systems-oriented that we forget it is supposed to be a walk of faith with Christ Jesus. We allow the formulas of religion and institutional Christianity to dictate how we respond within our culture or society. But if we learn to put God first and let Him be on the throne of our hearts and on the throne of our families—and thus back into the heart of the church—then the church, which is a system of infrastructure, now has a dynamic of the ekklesia, a living organism of God’s Holy Spirit which can in turn move in and through us.

When I say organism, I’m saying we should have organic, authentic relationships, first with God then with one another. But that’s not going to happen if God is not on the throne of our hearts, in our homes and in the house of the Lord. Too often we love to worship the worship, or even the worshippers. We worship the concept of how we feel when we worship. We forget that it’s about worshipping God and walking in that place of adoration.

Take King Saul, for example. Whenever he was around King David playing the harp or worshipping, he felt comfort and peace. But it didn’t change him because God wasn’t in his heart. It wasn’t God in his house, so to speak, and it wasn’t El in the Bethel. He just enjoyed being around worship. But when he went out of that place, he went back to being his old self without the characteristics of the kingdom.

There is so much truth in the Matt Redman song that came out a few years ago, “Heart of Worship.” We need to have a heart of worship again, because that’s where we engage in His presence—and in His presence we are changed, transformed and renewed so we can make a difference in the world around us.

It’s not about being a part of a “bless me” club or about the good feeling we experience in corporate worship or when we hear good worship songs. It’s about getting to a place that brings us to our knees in humility, appreciation, and adoration; the place where we can say, “Not my will, Lord, but your will be done” as we offer ourselves in simple obedience, which is the highest form of worship. In fact, the first time the word “worship” is ever used in Scripture, it is not in the context of singing music or playing instruments but in the context of living worshippers offering themselves in willful obedience to the things of God (see Gen. 22).

When I was going through cancer a few years ago, I looked at Lisa one day and said, “I don’t need a mother; I need a wife.” It wounded her deeply—she was just trying to help me. How many times do we have that attitude toward the Lord? We come before Him with all of our own ideas and expectations of what we want Him to be, but He just wants to love us. He wants to do a work in us.

God wants to bring forth a spirit of revival, but he’s not going to build on old institutions. He’s looking for new wineskins. He wants to bring us into a new season, a time of refreshing, so we can enjoy His manifest presence, where darkness cannot dwell.

Sometimes we have an individual need, but when we gather in authentic worship in the presence of God, we experience a corporate release of His presence and His anointing, which breaks the yoke of bondage. And under that corporate anointing, God does something far beyond what we could do on our own.

“Now to Him who is able to do exceedingly abundantly beyond all that we ask or imagine, according to the power that works in us” (Eph. 3:20).