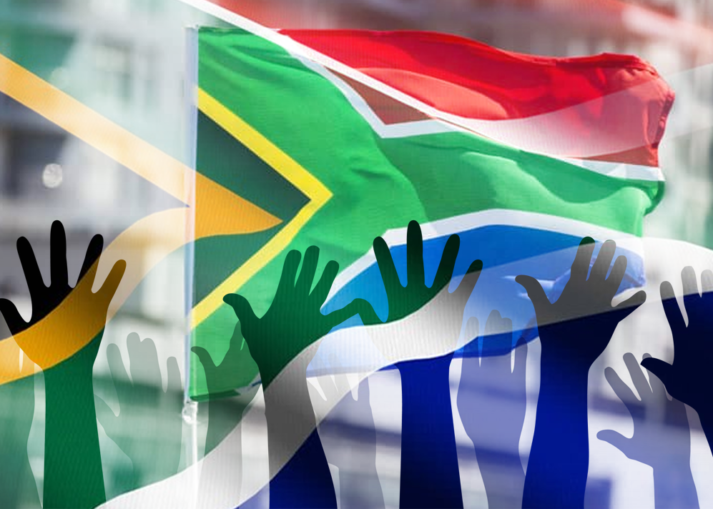 Martin Luther King Jr is credited for saying, “In the end, we will remember not the words of our enemies, but the silence of our friends.” Anyone who has ever lived for anything in any environment would have experienced the brutal betrayal of friends or supporters who fail to stand up when it mattered for what was agreed upon. And often the brave are left to face the consequences alone, while the majority who also disagree with the establishment, maintain their silence, and do not stand up for what they purport to believe. Too many of us have experienced this too often and it is too painful to recount.

I am watching, with interest, the battle for the soul of the United States playing itself out before this year’s elections. The Democrats determine the narrative through their clearly biased media, while the Republicans in power leave the embattled President to face the storm almost on his own. But I read in various social media posts by conservatives that the silent majority will re-elect the President come November. This got me thinking.

The majority of people will make their voices heard but only in a relatively and legally safe environment, such as elections by secret ballot. We experienced this phenomenon in South Africa, as well, when President FW De Klerk held a referendum for whites in South Africa about whether to end Apartheid or to continue with the reform process he had started on 2 February 1990. It is reported that 86% of the registered voters turned out and 68.7% voted to essentially end Apartheid and continue with the reforms.

History teaches us here that the majority of people have a moral compass, but need a safe space to air their voices. Or stated otherwise, the majority will act only as long as their risk of persecution is minimised. And so kudo’s to those who invented the secret ballot. Without it this world, it seems, would be doomed!

So what is left for us to do in South Africa?
Where public funds are being squandered and the South African dream of democracy seems to have long-drawn complications at birth and twenty-six years later, since birth. And this is sad and difficult for all involved, to say the least. It seems to me that we can try and stir up the silent majority to be more vocal before there is no democracy and no resources left to fight for, while we await the next general elections, or to fight through lobby groups and civil society organisations and movements to protect our right to vote in person and by secret ballot.

My view is that this second option is limited and does not protect the interests of the nation adequately, as we are merely fighting for our right to vote while we may lose the object of what we are voting for in-between now and the next elections. Although I must add that the right to vote is an invaluable democratic asset for South Africa, provided that we can ensure consistently fair electoral procedures and vote-counting.

I choose to pursue the avenue of stirring up the masses.

Do we not know that there is strength in numbers? Do we not realise that the few in power are terrified of the power of the majority? If we can only find our collective voice and take a collective stand.

The first step seems to be to help the silent majority understand that risking persecution now may be a small price to pay for peace in the future.

It is interesting to note that among the many affected people groups in the world, it is the few individual heroes whose names we remember for making a difference in their respective environments.

Martin Luther ushered in the Protestant Reformation because he stood as a lone figure in public against the established control of Christianity in his time. We remember the names of singular persons who stood against wrongs and they are remembered because of their audacity to challenge the status quo and were wise and eloquent enough to make their voices heard – even if it meant refusing to sit at the back of a bus when that was what the establishment demanded.

Too few people today are willing to pay the price for true democracy and that must change. Even when Jesus hung on the Cross, His devoted disciples stood afar off and only John, the beloved disciple and Mary, His mother, stood close enough for Him to address them directly. The saying is true that when days are dark friends are few.

It is also trite fact that the majority of South Africans who incidentally also claim to be Christian, according to the 2013 General Household Survey by Statistics South Africa, actually believe that all we are mandated to do is to submit to government while praying ardently yet privately for it. This approach is partly correct, but needs more truth added for it to be wholly true.

First of all, when government is wrong, Paul showed us that you can use the processes available to appeal for one’s rights under existing laws. He showed us this when He insisted to state his case to the Caesar himself, while rejecting the lot decided upon him by lesser officials of the Roman government of the time.

Or take the example of Daniel, or his friends Shadrach, Meshac, and Abednego who refused to obey laws that directly violated their faith in the Almighty God. And they all did so at the threat of gruesome death. Now we may not all experience supernatural deliverance from persecution, but we can start a trend of courageous people taking a stand for what they believe is right, not just for themselves but for their country and their government.

The silent majority also need to remember that while we let government enact laws without making our voices heard in public inputs, or attending public consultations by lawmakers, we are also gambling away our right to parent our children according to our beliefs.

By keeping silent and doing nothing we are handing our families, our children, and our future to people who do not know our names and could not care less about our fortunes as a nation.

What are we to do then?
I say, we need to become more vocal on all platforms digital and physical: on stages, pages, social media, media, websites, blogs, vlogs, bumper stickers, billboards, posters, flyers, songs, poems, paintings, and yes on public platforms created by law, such as public consultations, or email requests for inputs regarding draft bills, and by actually registering to vote and by getting up to vote when the time comes.

Yes, that means to brave the elements and the queues and go out to vote. Such an opportunity is upon us at the Local or Municipal Elections next year, which by the way, politicians are trying to postpone due to Covid-19, which is why a long-drawn out Lockdown would be helpful to that cause; a cause I believe the silent majority should resist and reject.

The elected few only gets away with undermining the public trust because the silent majority let them get away with it.

South Africa is not dying because a few are destroying it, but because the many are allowing it.

I have long since decided to be a voice for what is right even in the face of persecution. I have made personal choices and career choices that have enabled me to speak freely, so that I am not beholden to any person or to the State and so that my voice is my own. I once heard an anonymous quote: “The sign that points the way stands beside the road alone.” Think about it. Think about the cost of taking such a stand. Then think about its benefits.

It is my prayer that the Lord stir up within us not just a spiritual revival, but a recognition of our ability to steer the direction of this country governmentally and politically by becoming involved in the affairs of this nation.

And, in conclusion, let me say this. We must all take our voices back.

Some may feel that their voice has been stolen or silenced by negative perceptions created by politicians and the media. Such as stigmas attached to being a Christian leader or being part of a minority racial group in this country, and so on. But we must all refuse to be bullied into silence.

Dear Reader, there is something you have to know, and I will be the one to tell you – YOU ACTUALLY HAVE A VOICE. The bullies tried to make you believe that you cannot speak or that no one will listen. But that is a lie. When more of us speak out and take a public stand, the more will join us. But we must be willing to do so at the risk of some sort of persecution, for the ultimate prize of creating a society and a government that respect all our voices, even if not everything everyone says is right or liked.

Oh, and in case you did not know it, God is waiting on us to do something just as He did with the apostles. He will work with us and confirm the word with signs and wonders following!

Dear Reader, this is your call-up instructions. Will you join the fight for the soul of our nation?

Alain Walljee Is The Founder And Pastor Of Bay Christian Church, Port Elizabeth

Alain Walljee is the Founder and Pastor of Bay Christian Church, Port Elizabeth, affiliated with The Christian Network. Published author of ‘Living in Victory: The Journey From Where I Am To Where He Wants Me To Be’