Worship God Not Your Ancestors – Part 2 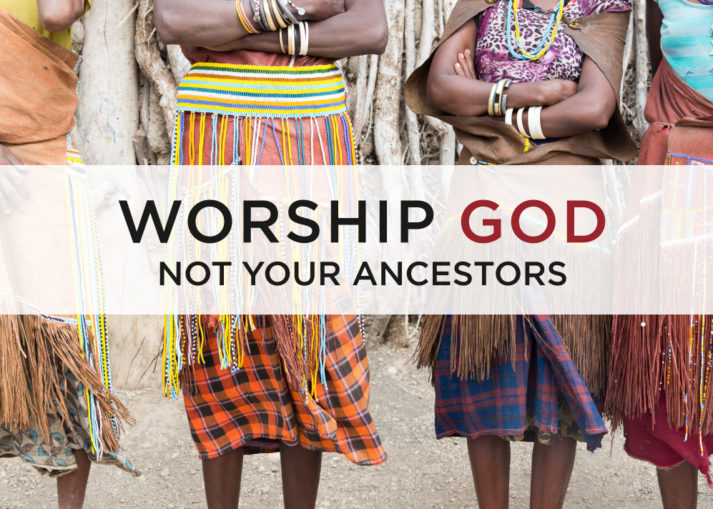 This article is the second teaching in this series. Click here to read the first article on Worship God Not Your Ancestors.

In part one of our series we learnt that in the Bible, who you worship matters. God calls all people from every nation, all tribes, peoples, and languages to worship Him alone simply because we belong to Him. We posed a question about how God wants us to worship Him, even when we come from a South African and African black community background(s) where we are taught to give honour to our ancestors: “badimo”, “izinyana”, “abaphantsi.” We also learnt that we must agree to tackle this topic objectively and historically to allow God to define Himself to us. We let Him describe how we are to worship Him and allow Him to question practices that we’ve inherited from our human predecessors and whether He approves or disapproves them.

What the Bible says
We continue in the book of Deuteronomy 18:9-22. Focussing on verses 10-11: “There shall not be found among you anyone who burns his son or his daughter as an offering, anyone who practices divination or tells fortunes or interprets omens, or a sorcerer or a charmer or a medium or a necromancer or one who inquires of the dead.” If you look at the way this sentence is constructed, divination is linked to fortune tellers, interpreters of omens, sorcerers, charmers, or mediums through the word “or”.

So, what is divination?
“Divination is something that is done by mediums, fortune tellers, or people who claim to be able to communicate with the dead. In the African culture, an attempt is made to differentiate between those who practice witchcraft and those who are diviners.
“Diviners are categorised as people who are witch doctors, spiritual healers, and sangomas. They claim to have powers from ancestors that is given for the well-being of mankind. In South Africa we see this practice with these people now openly advertising their services and competing for the attention of those who are vulnerable.” – Afrika Mhlophe

Truth and perspective
Objectively: God commanded His people, Israel, not to do these things because they are an abomination to Him (v12). It was because of these practices (i.e. consulting the dead through diviners of those times) that God chased those nations out of Canaan and punished them all, except for those who feared Him, repented, and followed the God of Israel like Rahab, the prostitute.

In the Bible, who you worship matters. God calls all people from every nation, all tribes, peoples, and languages to worship Him alone simply because we belong to Him.

Looking historically
Diviners have been around many years, even in the time of Moses. People from other nations have been consulting them to speak to their dead relatives (as they believed) and God shows that He hates them and their practices. If you look at these verses, God indirectly defines Himself to His people, describes exactly how He wants His people to worship Him, and passionately disapproved of the practices of those nations.

Good news for God’s people
Sobering thoughts, I know, but there is good news for God’s people in the following verses (v15-22). God (speaking through Moses) promises a prophet who will be like Moses to His people. Moses describes this prophet as one who will “be like me” and “it is to Him you shall listen” – v15.
Read also verses 18-19 God says,
“I will put my words in His mouth and He shall speak to them all I command Him. And whoever will not listen, I myself will require an account of them.”

A foreshadowing of a prophet to come
The verses above simply mean that you will have to explain the reasons you chose to do things your own way to a living God. So, this prophet in the future will be like Moses, and fellow Israelites should listen to Him by doing what He says because He will be speaking God’s own words – He will be ‘God’s spokesperson’. He will define how God wants all who trust in Him to worship. The question is: Who is this Prophet?

Click here to read the third article on Worship God Not Your Ancestors.