Why Every Generation Must Have Its Own Experience With God 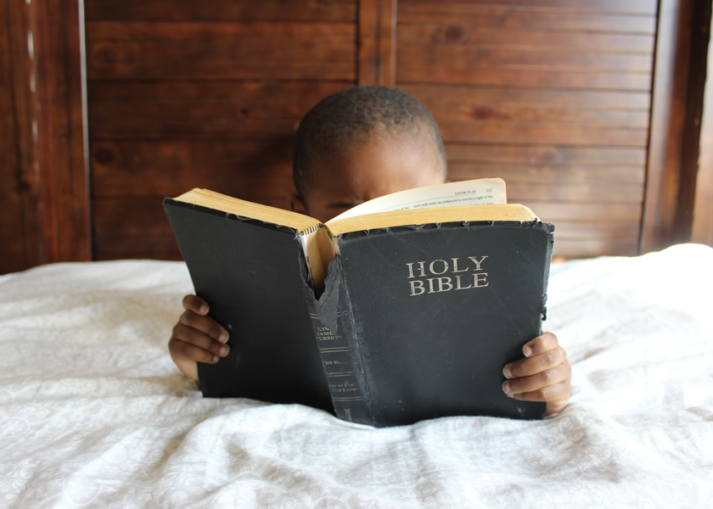 According to the book of Joshua, “Israel served the LORD throughout the lifetime of Joshua and of the elders who outlived him and who had experienced everything the LORD had done for Israel.” (Joshua 24:31) After that, the next generation fell away from God. The people had not experienced His power for themselves.

But they had experienced the pull of idolatry and the temptations of sin, and without their own personal encounter with the Lord, these other powers pulled them away.

The pattern has repeated itself throughout history.

One generation encounters God deeply, turning to Him in repentance and contrition and brokenness. The people are renewed and transformed, falling in love with the Lord afresh and serving Him with zeal. They raise their children accordingly, setting high standards and expecting their children to respect those standards.

But when that next generation does not experience God in the same way, they perceive the religion of their parents to be legalistic and judgmental, viewing God as some old-fashioned killjoy. Even worse, they question whether He is even real, saying to the older generation, “That holy book of yours is full of myths and superstitions!”

Christianity Waning, Especially Among the Young
This is where we find ourselves today, when so many young people are casting off the faith of their parents.

There are, of course, many reasons for this defection. (See here for a short list.) And, to be sure, there are millions of young people who are zealous for the Lord.

They need to encounter the God of the Bible, coming to understand just how real He is, not simply because they were told about Him but because they experienced Him.

Yet even in 2018 George Barna could say, “It may come as no surprise that the influence of Christianity in the United States is waning. Rates of church attendance, religious affiliation, belief in God, prayer and Bible-reading have been dropping for decades. Americans’ beliefs are becoming more post-Christian and, concurrently, religious identity is changing. Enter Generation Z: Born between 1999 and 2015, they are the first truly ‘post-Christian’ generation.”

More specifically, “For Gen Z, ‘atheist’ is no longer a dirty word: The percentage of teens who identify as such is double that of the general population (13% vs. 6% of all adults). The proportion that identifies as Christian likewise drops from generation to generation. Three out of four Boomers are Protestant or Catholic Christians (75%), while just three in five 13- to 18-year-olds say they are some kind of Christian (59%).”

Think back to John 9 when the man born blind was healed by Jesus on the Sabbath.

According to the religious authorities, Jesus could not have been sent by God because He healed on the Sabbath, in violation of their traditions. So they called the man in for questioning a first time and then a second time, saying to him, “Give glory to God by telling the truth. We know this man is a sinner.”

No amount of arguing was going to change his mind, and for good reason. He had been blind his entire life and now he could see. The person who did this for him was certainly sent by God.

‘Now We Have Heard for Ourselves’
We also find in John’s Gospel the account of the Samaritan woman whom Jesus encountered at a local well. When He revealed the secrets of her life, she became a believer, telling everyone in her village about Him.

As a result:
Many of the Samaritans from that town believed in him because of the woman’s testimony, “He told me everything I ever did.” So when the Samaritans came to him, they urged him to stay with them, and he stayed two days. And because of his words many more became believers.

They said to the woman, “We no longer believe just because of what you said; now we have heard for ourselves, and we know that this man really is the Savior of the world.” (John 4:39–42)

This is a great key for the spiritual transformation of the younger generation.

They Need to Experience Him
They need to hear Jesus for themselves, seeing who He really is and absorbing His words firsthand.

They need to experience the reality of His Spirit, being touched in undeniable ways. (Paul spoke strongly about those who had a “form of godliness” but denied its power; see 2 Timothy 3:5.)

They need to encounter the God of the Bible, coming to understand just how real He is, not simply because they were told about Him but because they experienced Him.

As for the Lord Himself, you can be assured that He longs to make Himself known to these young people. People who are often suicidal and depressed. People who cut themselves to feel something (or to mask their emotional pain). People who might have 10,000 social media “friends” but are utterly alone. People who are sexting each other in middle school. People who need the Lord.

I came to faith in Jesus in 1971 as a heroin-shooting, LSD-using, 16-year-old, Jewish, hippie rock drummer in what was known as the Jesus Revolution. (It was also called the Jesus People Movement.)

We need another move like that in our day, and I sense (and certainly hope) it could be near.