What Was God Doing Before Creation? 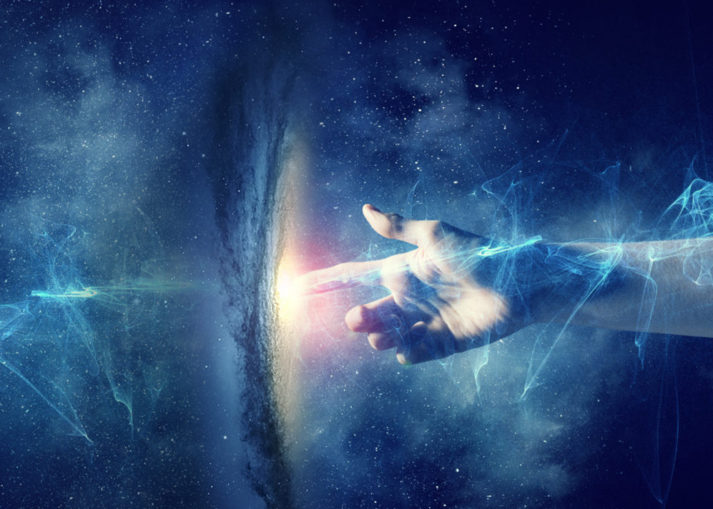 The Bible teaches us that God existed before the universe, and that He is outside the universe and beyond the physical laws that govern it. In Psalm 90:2, Moses says, “Before the mountains were brought forth, or ever you had formed the earth and the world, from everlasting to everlasting you are God”. When we think of God’s pre-existence, we tend to think of God existing for billions of years before creation, but this is flawed. Instead, God is ‘timeless’—God created time itself—yet He is also able to enter time and space to intervene in events at any point.

It is natural for us to ask: what was God doing in eternity past before He created the universe? Augustine cited one person’s answer: “He was preparing hell for those who pry too deep.”1 However, Augustine rejected such a flippant response. While we obviously cannot fully comprehend what God was doing ‘before’ creation, God did reveal some details about His pre-creation activity in Scripture. This helps us to understand His nature, as well as His relationship with and His plans for creation.

The fellowship of the Trinity
Before the universe existed, there was only God—but He was not alone. God is a Trinity—the Persons of the Father, Son, and Holy Spirit all share in the same divine nature, and they are one God. This aspect of God’s nature was not fully revealed in the Old Testament, but there are some intriguing hints of plurality in the Godhead in the Old Testament. For instance, while contemplating the incomprehensibility of God, Agur, the author of Proverbs 30, says:

Diagram describing the doctrine of the Trinity

Who has ascended to heaven and come down? Who has gathered the wind in his fists? Who has wrapped up the waters in a garment? Who has established all the ends of the earth? What is his name, and what is his son’s name? Surely you know! (Proverbs 30:4, emphasis added).

Agur laments his ignorance (30:1 ff). The knowledge of eternal truths and power over the creation implied in the first questions is only possessed by God. So when Agur asks “What is his name?” every good Jew would answer, “Yahweh”. But then he goes on to ask, “and what is his son’s name?” This would confound the Jews who lived before the revelation of the Trinity, because it explicitly indicates that God has a Son. But Christians living in light of the revelation of Jesus can see a clear reference to Jesus, the Son of God, in this proverb, long before God explicitly revealed the doctrine of the Trinity in the New Testament.

Because God is a Trinity, He enjoyed perfect companionship within Himself before He created the world. The Persons of the Father, Son, and Holy Spirit loved each other, shared in the divine glory, and had a perfect relationship to each other. A few places in Scripture give us hints of what this was like. In Jesus’ prayer, often called the ‘High Priestly Prayer’ because of His intercession for believers, Jesus asks, “And now, Father, glorify me in your own presence with the glory that I had with you before the world existed” (John 17:5).

When God the Son became incarnate in the Person of Jesus Christ, He took on a human body and nature. During His earthly ministry, He set aside His divine glory and independent use of His divine powers which were rightfully His (Philippians 2:7). But in this prayer, Jesus anticipated the completion of His work on Earth and the return to His exalted place and the fellowship He longed for with the Father. This is also a passage which clearly teaches Jesus’ pre-existence and deity. Jesus’ whole ministry glorified the Father by doing His will, and in this prayer, Jesus anticipated when the Father would glorify Him in turn, just like they had done for eternity before the creation of the universe.

Planned redemption and glorification
Jesus not only wanted to be glorified again and to be with the Father, but for His disciples to see His glorification as well. His expression of this desire shows the close relationship between Jesus and the Father. In John 17:24, Jesus says, “Father, I desire that they also, whom you have given me, may be with me where I am, to see my glory that you have given me because you loved me before the foundation of the world.”

Because God is a Trinity, He enjoyed perfect companionship within Himself before He created the world.

The whole reason for Jesus’ incarnation, ministry, and death was to save a people for Himself. He wants His people to be with Him, and that must be the Father’s will too, because it is the Father who gave them to Him (John 10:27–30). And just as the pre-creation fellowship was characterized by love, love grounds the Son’s request here. “The ultimate hope of Jesus’ followers thus turns on the love of the Father for the Son.”2

It is important to understand the intra-Trinitarian fellowship because it guards against false impressions that God created people because He needed companionship or that He was lacking something. God already had perfect, complete fellowship within Himself. Also, the intra-Trinitarian love of God is a uniquely Christian doctrine, and makes it possible for love to be an essential trait of God’s personality (1 John 4:8)—God does not need anyone outside Himself to love, because the members of the Trinity love each other.

Further, Ephesians 1:4 teaches that God “chose us in him [Christ] before the foundation of the world, that we should be holy and blameless before him.” This shows that God was not taken by surprise by the Fall, and had planned for it even before He created. He had already determined that Jesus would die for our sins and rise again. So this passage sweeps through all of salvation history, from the work of God in eternity past, to the believer’s present salvation and destiny in eternity future.

Planning His kingdom
A good architect does not start building before he considers the overall layout of the building. So it should not surprise us that God was planning His kingdom before He created the universe. God did not ‘light the fuse’ of any sort of ‘big bang’ and hope for the best—He created intentionally with a specific end in mind, and this end was pre-determined beforehand.

For example, Matthew 25:34 tells us, “Then the King will say to those on his right, ‘Come, you who are blessed by my Father, inherit the kingdom prepared for you from the foundation of the world.’” This reveals God had planned for His kingdom before creation, and that He always meant for believers to be co-heirs with Christ.

It is important to note how closely love is connected with God’s plan for His kingdom. God didn’t need a kingdom—He already had everything He needed within Himself before creation. Rather, He created the Kingdom for His Son, but also for His people, whom He wanted to bless. The ultimate purpose of salvation is to glorify God—but it also results in our glorification when we trust in Jesus.

The Christian’s destiny—fellowship with the Trinity
So it should not surprise us that God was planning His kingdom before He created the universe.

In John’s gospel, the believer’s destiny is seen to be close fellowship with the Trinity. Unlike some false religions, the Bible does not teach that we will actually become gods; rather, in the Resurrection we will reflect the image of God as He intended us to. The sort of fellowship we will have with God is shown most clearly in Jesus’ high priestly prayer for all those who believe in Him:

In His prayer for believers in all ages, Jesus is speaking about an intimate level of fellowship with the Trinity, including sharing in love and even glory. So in our resurrection bodies, the Christian will participate in the fellowship of the Trinity in the closest relationship possible for a mere creature. So the foundation for the doctrine of Creation is in the good God who loves, and who exists in fellowship within Himself and with His creation, and who created out of the abundance of His love.

God did not need to create the universe, and He owes nothing to any of His creation. Yet He is shown again and again as a gracious Provider and Sustainer who blesses us even though we do not deserve it. Uniquely, Genesis presents God as fundamentally relational, and this affects our understanding of everything He does.