What Does The Bible Say About Capitalism? 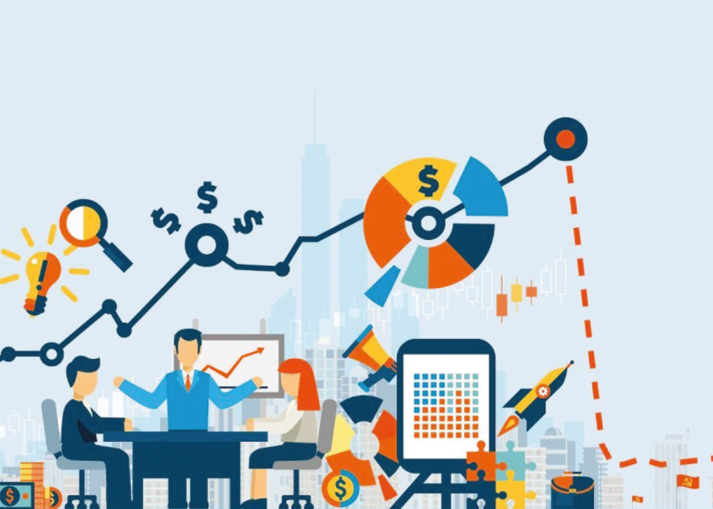 The Bible offers insight
While the Bible doesn’t mention capitalism by name, it does speak a great deal about economic issues. Whole sections of the book of Proverbs and many of the parables of Jesus deal with economic matters. As such, we learn what our attitude should be towards wealth and how a Christian should handle his finances. The Bible also provides us with a description of our human nature, which helps us to evaluate the possible success of and failure of an economic system in society.

A Biblical perspective
Because economics is an area where much of our everyday life takes place, we should evaluate it from a Biblical perspective. When we use the Bible as our framework, we can begin to construct the model for a government and an economy that liberates human potential and limits human sinfulness. In Genesis 1:28, God says we are to subdue the earth and have dominion over it. One aspect of this is that humans can own property in which they can exercise their dominion. Since we have both volition and private property rights, we can assume that we should have the freedom to exchange these private property rights in a free market where goods and services can be exchanged.

Christians cannot and should not endorse every aspect of capitalism.

We must be good stewards
However, due to the ravages of sin, many parts of the world have become places of decay and scarcity. And, though God has given us dominion over His creation, we must be good stewards of the resources at our disposal. Historically, the free enterprise system has provided the greatest amount of freedom and the most effective economic gains of any economic system ever devised. Even so, Christians often wonder if they can support capitalism. In essence, self-interest is rewarded in a free capitalist system. But even the Gospel appeals to our self-interest, because it is in our self-interest to accept Jesus Christ as our Saviour so that our eternal destiny will be assured.

What is the root of your desires?
From a Christian perspective, the basis of private property rests in our being created in God’s image. We can make choices over property that we can exchange in a market system. But, sometimes the desire for private property grows out of our sinfulness. Correspondingly, our sinful nature also produces laziness, neglect, and slothfulness. The fact is that economic justice can best be achieved if each person is accountable for his own productivity.

There is no perfect government system in a world of imperfect people. We need to look to Jesus in all things.

Capitalism can be controlled
However, Christians cannot and should not endorse every aspect of capitalism. For example, many proponents of capitalism hold a view known as utilitarianism, which is opposed to the notion of Biblical absolutes. Certainly, we must reject this philosophy. Also, there are certain economic and moral issues that must be addressed. Though there are some valid economic criticisms of capitalism such as monopolies and the byproduct of pollution, these can be controlled by limited governmental control. And when capitalism is wisely controlled, it generates significant economic prosperity and economic freedom for its people.

Critics of capitalism
One of the major moral arguments against capitalism is greed, which is why many Christians feel unsure about the free enterprise system. Critics of capitalism contend that this system makes people greedy. But then we must ask whether capitalism makes people greedy, or do we already have greedy people who use the economic freedom of the capitalistic system to achieve their ends? In light of the Biblical description of human nature (Jeremiah 17:9), the latter seems more likely. Because people are sinful and selfish, some are going to use the capitalist system to satisfy their greed. But that is not so much a criticism of capitalism as it is a realisation of the human condition. The goal of capitalism is not to change bad people, but to protect us from them. Capitalism is a system in which bad people can do the least harm and good people have the freedom to do good works. Capitalism works best with moral individuals. But it also functions adequately with selfish and greedy people.

Self-interest is not a bad thing
It’s important to realise that there is a difference between self-interest and selfishness. All people have self-interests which can operate in ways that are not selfish. For example, it is in our self-interest to get a job and earn an income so that we can support our family. We can do that in ways that are not selfish. By contrast, other economic systems such as socialism ignore the Biblical definitions of human nature. As a result, they allow economic power to be centralised and concentrate power in the hands of a few greedy people. Those who complain of the influence major corporations have on our lives should consider the socialist alternative where a few governmental bureaucrats control every aspect of our lives.

Jesus is the only solution
Though greed is sometimes evident in the capitalist system, we have to understand it’s not because of the system—it’s because greed is part of man’s sinful nature. The solution lies not in changing the economic system, but in changing the heart of man through the power of the Gospel of Jesus Christ.