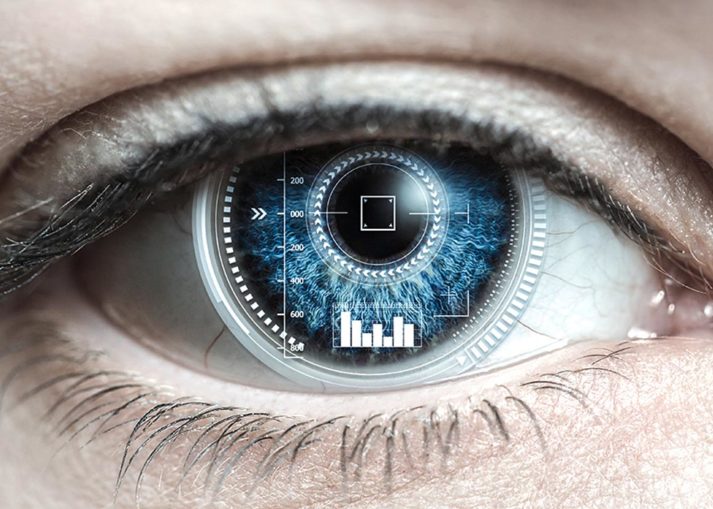 “Some see it as a way to fulfil or even transcend our potential; others see it as a darker path towards becoming Frankenstein’s monster.” –Dr. Patrick Lin, “Ethics of Human Enhancement”

In 2011, I released a book called Forbidden Gates, which outlined the future of humanity in light of a dangerous collection of scientific disciplines we call GRIN technology.

The acronym refers to Genetics, Robotics, Artificial Intelligence and Nanotechnology, a quartet of scientific imperatives that seek to reshape what it is to be human.

Most Christians are unaware of the shifting genetic sands beneath our collective feet, but ignorance is no excuse. Every believer should know what his or her children and grandchildren are about to face, and we have a duty to stand against it.

In his letter to the church at Ephesus, Paul explains the church’s responsibility as the agent of God’s wisdom, concluding this was by divine intention.

“His intent was that now, through the church, the manifold wisdom of God should be made known to the rulers and authorities in the heavenly realms” – Eph. 3:10.

Making known the “righteous” and manifold wisdom of God must include human-affirming virtues of Christian morality that are intrinsic to His divine order and the Great Commission.

Christian leaders must be actively engaged in ideological warfare for the mind of a generation. Especially in an age where people are seeking reasons to believe, despite everything they are being told, that the church remains relevant.

To fail this responsibility would be to abdicate to a frightening transhuman vision of the future such as was predicted by theologian and Christian apologist C. S. Lewis in The Abolition of Man.

Lewis foresaw the day when transhumanist and scientific reasoning would win out, permanently undoing mankind through altering the species, ultimately reducing Homo Sapiens to utilitarian products.

Here is part of what he said:

“The last men, far from being the heirs of power, will be of all men most subject to the dead hand of the great planners and conditioners and will themselves exercise least power upon the future… The final stage [will have] come when Man, by eugenics, by pre-natal conditioning, and by an education and propaganda based on a perfect applied psychology … shall have ‘taken the thread of life out of the hand of Clotho’ [one of the Three Fates] and be henceforth free to make our species whatever we wish it to be. The battle will indeed be won. But who, precisely, will have won it?

Lewis foresaw the progressive abandonment of what we would call “moral law” based on Judeo-Christian values. His reference to the “great planners and conditioners” corresponds perfectly with today’s transhumanists, who have proposed a blueprint for the future of the human species in a 50-page U.S. National Science Foundation report titled: “Ethics of Human Enhancement: 25 Questions & Answers.”

Some of the topics covered include:

Clearly, the issues of GRIN technology are complex and terrifying, which is why SkyWatch TV has spent three years interviewing leading scientists and researchers to produce a new three-hour documentary titled Inhuman, but you can think of it as Transhumanism 101, covering these key issues:

Synthetic Biology
Synthetic biology is a cutting edge discipline that builds new forms of life and biological functions not found in nature. Rather than building on “natural” nucleic acids, synthetic biology imagines an entirely new form of DNA.

Human Cloning
So-called “therapeutic cloning” is practiced every day in genetics engineering labs worldwide, where human and human-animal embryos are created for stem-cell harvesting. (The stem cells, in turn, are used to generate virtually any type of specialized cell in the human body.) A second form of human cloning is called “reproductive cloning” and is the technology that could be used to create a person who is genetically identical with a current or previously existing human.

Nanotechnology And Cybernetics
This technology merges human brains with machines, and it is progressing at an alarming rate. Nanotechnology—the science of engineering materials or devices on an atomic and molecular scale between 1 to 100 nanometres (a nanometre is one-billionth of a metre)—will provide the matrix for brain-machine interfaces.

Germ-Line Genetic Engineering
In 2015, the world became aware of a powerful new genome editing system called CRISPR-Cas9, which is used in biology labs around the world. CRISPR is a precise way of editing DNA and is already hailed as the engine of a new era of genetics including the possibility of permanently modifying the human race. < ad rotate >

The Legal Battle And Patenting New Life-Forms
Even now, debate rages over the “patenting” of transgenic seeds, animals, plants and synthetic life-forms by large corporations. The rush to patent human genes will escalate these issues. Genomes will be altered, watermarked and uploaded—creating a nightmare database shared by governments, scientists, medical professionals, insurers and employers; while providing a pretty lure for hackers and blackmailers. Who is to say what legal protections will be assumed in an age where human biology is altered and personhood theory challenges what bioethicists like Wesley J. Smith champion as “human exceptionalism” (the idea that human beings carry special moral status in nature and special rights, such as the right to life, plus unique responsibilities, such as stewardship of the environment)?