The Urgent Need For A Passionate Awakening In The Church 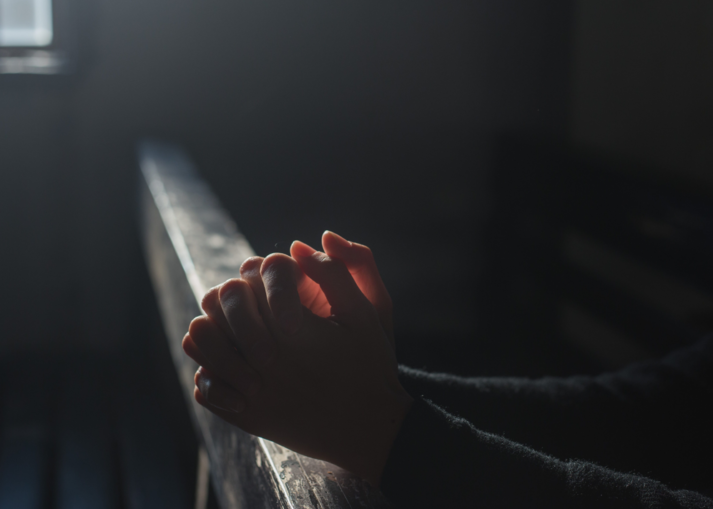 Many people are praying for revival in their church. Revival implies that something is dead and needs to be brought back to life. Hence, if a church needs revival, that means it is dead.

Historically, revival and awakenings are different. This nation has had at least two great awakenings. One was in the 18th century with the preaching of men like Wesley, Whitfield and Edwards. The second awakening involved men like Charles Finney in the 19th century. These awakenings resulted in hundreds of thousands of conversions that greatly expanded the kingdom of God. An “awakening” has to do with waking up those who have never been alive. The result is a mass movement of unsaved people coming to Christ, positively affecting the surrounding community and culture.

Historical Snapshot of the Conditions of the Church
The first-century church walked in the way of Jesus and His apostles. It demonstrated the power of Jesus’ Resurrection. The second-century church attempted to reach the Hellenized Greek world. It reshaped Christianity as a metaphysical philosophy, focused on the pre-incarnate Jesus as the eternal logos (John 1:1). The third and fourth-century bishops collapsed Christianity to confessing creeds as they fought against gnostic heresies (the Apostles Creed, Nicene Creed and so on).

After the supposed conversion of Roman emperor Constantine in A.D. 312, the church became an institution that mimicked Roman administration and hierarchy. (Eventually, the oppressed church became the oppressors of heretics and nonbelievers.)

The protestant Reformation in the 16th century focused the church on having correct doctrines and confessions. The liberal church of the 18th and 19th centuries collapsed the Christian faith down to a religious anthropological construct. The pietist of the 18th century deemphasized correct theology and focused on the inward witness of the Spirit. Finally, contemporary charismatics have made the faith about subjective mystical experiences and feelings.

However, in this season, I believe God is calling the church to return to the first-century principles of the way of Christ and His apostles.

The Church of Ephesus and Modern-Day Evangelicalism
In my opinion, many growing modern-day evangelical churches focus primarily on smart marketing, systems, programs and a plethora of programs and activities. This is similar in some ways to a particular church in the New Testament. However, as we will see, the church can have correct doctrine, do much work for Jesus and still be fully backslidden.

A biblical example of a church in need of revival after being institutionalized:

The church of Ephesus was once the flagship church that transformed Asia Minor and planted many other churches.

Revelation 2:1-5
“To the angel of the church in Ephesus write: ‘The words of him who holds the seven stars in his right hand, who walks among the seven golden lampstands'” (2:1, ESV).

This passage illustrates that Jesus is always examining His church. We often ask God to come down and visit the church, but according to Scripture, sometimes He visits us in judgment and correction.

“I know your works, your toil and your patient endurance, and how you cannot bear with those who are evil, but have tested those who call themselves apostles and are not, and found them to be false” ( 2:2).

This passage depicts a church that is fully alive. They are doing God’s work with great patience. They don’t allow sin in the church, and they test the fivefold ministries before they are allowed to function in their congregation.

“I know you are enduring patiently and bearing up for my name’s sake, and you have not grown weary” (2:3).

They also seem like a church that endures persecution and shame for the name of Jesus without growing weary.

“But I have this against you, that you have abandoned the love you had at first” (2:4).

According to Jesus, good activities, correct doctrine and ethical standards are not enough! God expects the church to have passion. He expects a multigenerational yearning and longing to know Him and to seek Him.

“Remember therefore from where you have fallen; repent, and do the works you did at first” (2:5a).

The once-great Ephesian church was backslidden in God’s heart and mind, even though they were very active, organized and walking in biblical truth.

The driving force behind the huge impact they had in Asia Minor was that, at one time, they were very passionate about God (Acts 19). They were so passionate that it was easy to remember the way they used to be. Unfortunately, many churches remember their past glory and have lost their present fire and zeal. It is not enough to look at the miracles and answered prayers of the past if we’re not seeing a move of God in the present and future.

This is what happened to all the major historic Protestant denominations. They were once alive, but now they have empty cathedrals turning into condo development projects and mosques. Hence, merely having a good history is not enough to secure your present and future.

“If not, I will come to you and remove your lampstand from its place, unless you repent” (2:5b).

In God’s eyes, maintaining a passion and love for Him is so important that if we don’t keep it, He will remove our light (either the church or our effectiveness). Hence, each church/ministry is always only one generation away from extinction. The thing that keeps it alive is maintaining the fires and embers of holy passion for Jesus.

Consequently, before we see another great awakening that will transform nations, we need to see an internal hunger and zeal that are driven by a passion for Jesus and His glory.

May there be a passionate awakening in the present-day church, Amen.