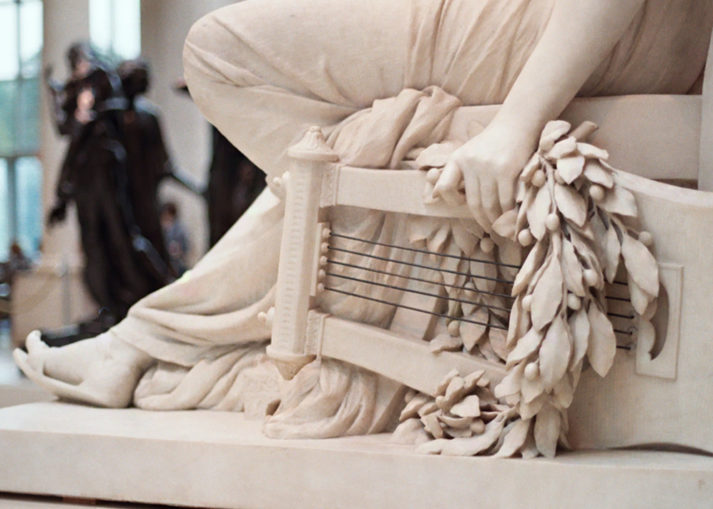 Halal—to be clear, to shine, to make a show, to boast, to be clamourously foolish, to rave, to celebrate. This word is used approximately 115 times in the Old Testament. The first time it appears is in 1 Chronicles 16, “And he appointed some of the Levites to minister before the ark of the Lord, to commemorate, to thank, and to praise the Lord God of Israel.”

The context of this verse
To get a better understanding of the context of this verse, let’s begin with the first verse, “So they brought in the ark of God, placed it in the midst of the tent that David had erected for it, and drew near to God with burnt offerings and peace offerings. When David had finished offering the burnt offerings and the peace offerings, he blessed the people in the name of the Lord. Then he distributed to all the children of Israel, both men and women, a loaf of bread, a piece of meat, and a raisin cake for each. And he appointed some of the Levites to minister before the ark of the Lord, to commemorate, to thank, and to praise the Lord God of Israel: Asaph the chief, and next to him Zechariah, then Jeiel, Shemiramoth, Jehiel, Mattithiah, Eliab, Benaiah, and Obed-Edom: Jeiel with stringed instruments and harps, but Asaph made music with the cymbals. Moreover, Benaiah and Jahaziel the priests sounded trumpets continually before the ark of the covenant of God”.

How did David praise the Lord?
When David brought the ark of God in the camp, he offered sacrifices to the Lord and set up his own praise team and a band. This praise team and band were to minister, and halal the Lord. They were “to be clear, shine, to make a show, boast, act clamourously foolish, rave and celebrate” the Lord. Verses 8-12 and 23-29 demonstrate how they praised the Lord. “Give thanks to the Lord, call on His name; make known His deeds among the peoples. Sing to Him, sing praise to Him, recount all His wonders. Glory in His holy name; let the heart of those who seek the Lord rejoice. Seek the Lord and His strength; seek His face continually. Remember His wonders which He has done, His wonders and the judgments of His mouth.” – Verse 8-12.

Boasting, raving, and acting clamourously foolish
“Sing to the Lord, all the earth. Proclaim good tidings of His salvation from day to day. Declare His glory among the nations, His wonders among all the peoples. For great is the Lord and greatly to be praised. He is to be feared above all gods. For all the gods of the peoples are idols, but the Lord made the heavens. Honor and majesty are before Him; strength and joy are in His place. Give to the Lord, O families of the peoples, give to the Lord glory and strength. Give to the Lord the glory due His name; bring an offering and come before Him, bow down to the Lord in holy array.” – Verse 23-29. All of the verses show how they exalted God, how they made Him “shine,” and how they “boasted and raved” about Him. Also during this time, David acted clamourously foolish. “David danced before the Lord with all of his might, and he wore a linen ephod. … David returned to bless his household, but Michal the daughter of Saul came out to meet him. She said, ‘How the king of Israel has dignified himself today, exposing himself this day in the sight of his servant’s slave girls like one of the rabble might shamelessly expose himself'” – 2 Sam. 6:14, 20.

David danced until his clothes came off
So David danced until his clothes came off! I guess you can say he acted clamourously foolish. Although he did that, it doesn’t mean we have to do that. We can just act foolish and dance before the Lord. We then will be halal-ing Him! “And the Levites from the descendants of the Kohathites and Korahites rose up to praise the Lord God of Israel with a very loud voice” – 2 Chron. 20:19. There are many verses in the Bible that use halal as “praise.” You can look in Strong’s Concordance to get a list. It’s #1984 under the word praise, praises, praiseth, and praising.

Exercise
Read approximately 20 verses that use the term halal. Write down what part of the Hebrew definition of halal is being used. How can we halal God in this present age, or how can we do so practically? It’s good to understand the Scriptures, but what about life? How can we do it?