The Problem Of The False Prophets In Africa 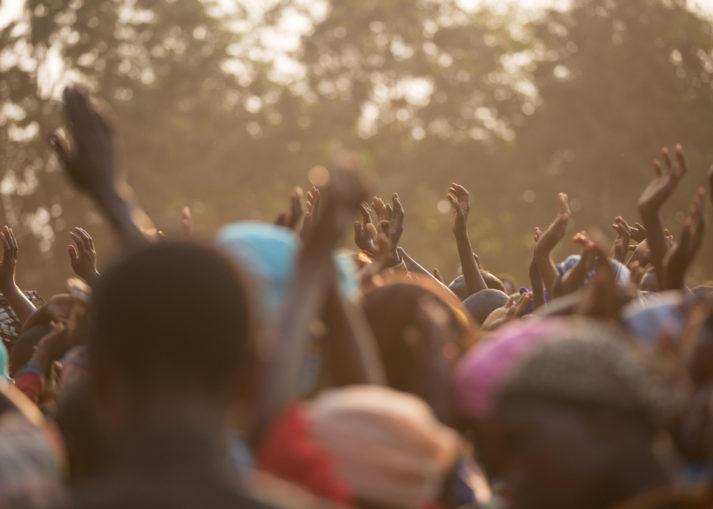 Ever since the missionary era, Christianity has had a positive impact on the socio-cultural arena throughout Africa.

In addition to involvement in evangelism and discipleship, a variety of Christian communities were behind the founding and growth of primary, secondary, and tertiary educational institutions, health facilities, poverty alleviation projects, children’s homes, and even civic initiatives.

As a result, not only does Christianity continue to grow across much of the continent, but it has also achieved significant public acceptance as a force of social good.

The rise of false prophets
Now, however, there is a worrying sense that certain practices are chipping away at its historic moral credibility and public strength.

From an ecclesiological and theological perspective, the core of the problem lies with the rapid rise and media visibility of ‘dodgy’ (ie dubious) pastors, who are the false prophets of our day.

Among the many self-proclaimed ‘men of God’ or ‘servants of God’, the values that have traditionally distinguished Christian ministry are increasingly absent:

– Values such as humility, compassion, selfless service, and servant leadership are now increasingly replaced by a preoccupation with image consciousness, self-aggrandizement, and enlargement of personal ministry influence at whatever cost.

– Previously, values such as generosity and charity, accompanied by frugal lifestyle, were self-evident markers of good church leaders, pastors, clergy, and any kinds of church workers such as evangelists or catechists. In the face of difficulty, a poor Christian could expect to get temporal help even from a materially impoverished pastor who would share the little they have.

These values of previous generations of Christian workers are increasingly replaced by what seems to be an indiscriminate emphasis on material blessedness as a marker of a genuine relationship with God.

I do not know of any other ministry that has damaged the image of the church in the African public square today more than that of the self-proclaimed prophets who have perverted what charismatics believe is a genuinely biblical prophetic ministry.

While this phenomenon is not peculiar to Africa, this kind of public abuse of the pastoral and prophetic ministry seems to be more obvious here than elsewhere. For this growing breed of avaricious pastors, the greater their material accoutrements, the more apparent is the stamp of God’s approval on their ministry.

The Bible does warn that in the last days there will be many false prophets, and false prophets have come and gone throughout the history of church. Yet this is now too prevalent in the church in Africa.

Reasons behind it
There are many reasons for the sharp rise in self-proclaimed prophets:

– In a continent where the church is growing exponentially faster than in any other period in history, the biblical paradox of both wheat and weeds growing together is real.

– Many of these prophets are taking advantage of the numerous challenges faced by a continent that is undergoing rapid social transformation.

– Africans are a naturally religious people. As scholars have repeatedly pointed out, African cosmology does not separate the spiritual from the non-spiritual; therefore, economic, medical, and cultural spheres of reality are open to multiple interpretations.

Many charismatic leaders are recognized and respected as prophets, some with genuine histories of offering compelling spiritual leadership at significant social moments.

Yet this background of good charismatic prophets, who have lengthy track records of ministry, has made it harder for most ordinary Christians to distinguish false prophets from genuine ones.

Even charismatic prophets who have served well in the past are capable of being sidetracked by fame, success, and pride to the point of becoming charlatans to maintain their image.

As Jesus mentioned in that parable of the wheat and the tares, in a field that is truly alive with the rain of the Spirit of God, it is hard to distinguish the work of the devil.

Therefore, we in Christian ministry and in theological reflection increasingly need to raise this issue, and to keep searching the Scriptures, to guide more Christians in the right direction.

Genuine prophets versus false: A biblical perspective
According to charismatic theology, as one of the leadership offices of the Old Testament (1 Sam 9:9, 11, 19; 2 Sam 15: 27) and New Testament (Eph 4: 11), the prophetic office is available to selected men and women (Acts 2:17).

Charismatics believe a prophet who is called by God serves as a reliable channel of communication between God and humanity in specific places and under specific circumstances (1 Kings 17: 1).

They also might be called to reveal or predict things that are otherwise hidden, in order to restore truth, and encourage the pursuit of justice in whole nations (Amos; Jonah). A prophet might also challenge evil among leaders in the wider society (Dan 5: 13-31; Nathan in 2 Sam 12:1-12 and John the Baptist in Matt 14: 1-12).

– A genuine prophet is often trained through a long and proven relationship with God. – Their conduct does not contradict the Word of God (1 John 4:1-3).

The African context
For many decades, the pluralistic religious worldviews of African cosmology and the obvious contemporary religiosity of Africans have been a focus for study among leading African scholars, including currently Nimi Wariboko, Opuku Onyina, Ogbu Kalu, and Kwabena Asamoah-Gyadu.

In their many studies of religion and African society, Stephen Ellis and Gerrie Ter Haar demonstrate the importance of taking Africans’ view of reality and cosmology into account when examining the role of religion in the public sphere.

Africans have no structural distinction between the visible and invisible world, though the worlds are distinguishable.The connectedness of the real and the unseen worlds is controlled by supernatural forces—forces of good and evil. Consciousness of these good and evil forces is a major source of fear and anxiety.

In order to be free from evil attacks, one must be intentional in seeking protection from religious functionaries who have access to supernatural forces of good.

This belief puts religious functionaries in a strategic position as special mediators between the realms of sacred and secular, as well as the worlds of good and evil.

According to Asamoah-Gyadu, ‘religious functionaries or specialists are people who on account of their closeness to the supernatural realities, possession of mystical power or intuition, and knowledge of the workings of mysterious religious formulae and objects, occupy center stage in religion as mouthpieces of transcendent beings and powers.’

Africans see religious functionaries as people who possess supernatural abilities to intervene in the uncertainties of life caused by the activities of spiritual forces in the invisible world.

From an African perspective, this is what explains the prevalence of the prophetic ministry, both in its genuine charismatic expression, but now, in the perverted form that is discrediting the entire church.

Some examples
Recently in South Africa, victims of alleged sexual abuse detailed their experiences to the BBC and criticized the invulnerability of so-called men of God who use their ‘prophet’ positions to cover up abuse.

A severe backlash against church leaders prompted the South African President to urge South Africans to unite in curbing the menace of false pastors. This was followed by a three-day public protest, led by Solomon Izang Ashoms, founder of the Movement against Abuse in Churches.

That this had to be a protest involving politicians and civil activists rather than the church, suggests the church is not playing its role as the light set on a hill or the salt of the earth.

Some claims of prophetic power verge on the ludicrous and irrational. Yet in an era of social media, their claims make them even more popular as poor and desperate people look for help wherever they can.

A famous self-proclaimed prophet from Zimbabwe and another from Malawi both announced they had found cures for HIV/AIDS, preventing patients from seeking medical help.

A South African preacher encourages his followers to eat grass and drink petrol, while another sprays insecticide on congregants to exercise deliverance from evil.

There are those who make claims that border on blasphemy. At one point, a Kenyan prophet claimed to have the powers of Moses and Elijah, and to have toured heaven and held discussions with God.

In 2017, Police in Oyo State in Nigeria paraded a pastor who allegedly possessed a human head and ritual paraphernalia. Elsewhere, allegations of sexual abuse and swindling people of money and property often leak out into social media.

False prophets have cunningly learnt to parrot what impoverished or troubled followers are desperate to hear. Despite awareness of the abuses, self-proclaimed prophets retain thousands of followers who fund their activities.

However, this protocol was quickly abandoned as the government and existing church organizations lacked willpower to enforce it.

One of the more successful efforts at regulatory oversight has come from the Rwandan government that has introduced strict requirements for new and existing churches.

These government measures are vital, but among churches a lot more work needs to be done based on a biblically grounded perspective.

What must the church do?
This enormous challenge highlights multiple issues to be addressed. Interventions need to include evaluating existing leadership recruitment and training models, including a reconsideration of the theological curriculum used to train leaders.

It is urgent that the church promotes the kind of biblical literacy and discipleship that will address the contemporary problems that lead congregants to these prophets in the first place.

These solutions will require intentional collaboration and coordination. This will involve local, pan-African, and global opportunities for networking, partnership, and peer mentoring among pastoral trainers and practitioners.

Conferences that focus on biblical Christianity and the discipleship of Christian ministry practitioners will be needed. Finally, those who know the truth and are concerned about the current state of the African church should be praying for the building up of its foundations and its maturity as the church of Christ in Africa.