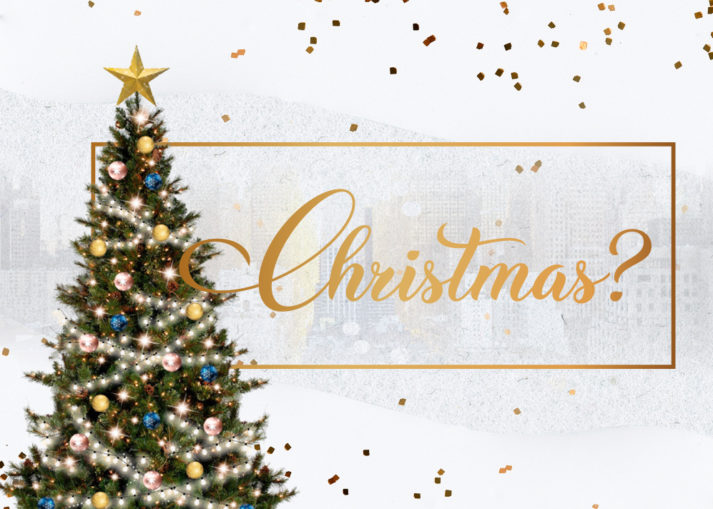 This might seem like an odd question, but it is one that is raised quite often by concerned people. On the one hand, Scripture makes no mention of Christmas as we know it and, on the other hand, the date December 25th was more related to a popular pagan feast than to any firm certainty that this was the historically verified day of Jesus’ birth. So how did Christians claim this date to celebrate the birth of our Lord and Saviour?

Historical background
The early Christians did not observe a festival focussed on Jesus’ birth, because their attention was overwhelmingly on His atoning death and resurrection. In fact, there is a little evidence of a Feast of the Nativity before the fourth century, and the earliest mention of December 25th is in an ancient calendar compiled in 354 AD, which speaks of its observance in Rome in 336 AD. By 380 AD it was being observed in Constantinople and by 430 AD in North Africa in Alexandria, though still not in Jerusalem. However, by the middle of the fifth century it was being gradually observed throughout the East and West, the December 25 date having eclipsed an earlier date of January 6, which had been used here and there (and is still used in the modern Armenian Church).

There is no authoritative evidence as the exact month or day of Jesus’ birth in Jerusalem.

A day reclaimed
There is no authoritative evidence as the exact month or day of Jesus’ birth in Jerusalem. But, clearly, the Church began to feel the need to celebrate the birth of its Lord. Thus believers took a pagan feast day and transformed it by imbuing it with Christian content, rather like the way our government took over the tragedy of Soweto Day (June 16) and gave it a new and redeemed content to become Youth Day; and changed December 16 (previously Dingaan’s Day or the Day of the Covenant – a conflict day in our history) to become the Day of Reconciliation. Initially, January 6 was taken over, a day on which the pagan world celebrated the feast of Dionysus, a god in Greek mythology associated with the fertility of nature and the vine who inspired music and poetry. The Dionysus festival was also associated with the season when days began to lengthen and become brighter following winter.

The initial Christmas Day celebration
When the Roman Church became more predominant, and the supposedly converted Constantine became Emperor of Rome, a Roman pagan festival day (December 25) was chosen, which celebrated the unconquerable sun reappearing after winter with increasing light. Thus it was that at some time before 336 the Roman Church, unable to stamp out the pagan festival, spiritualised it as the Feast of the Nativity of the Son of Righteousness, our Lord Jesus. The pagan festival, now overwhelmed with Christian content, began to fall away and Christmas Day, as we know it, began to prevail.

So what are we to make of Christmas?
Not surprisingly, there are those who thunder against a Christian Feast Day whose date is not reliably anchored in history, but in pagan festivals. They protest at certain happenings of Christmas (e.g. Merriment, mistletoe, Christmas trees, gifts, Santa Claus), which they see as lingering remnants of the pagan festivals. Needless to say, I dare not claim 20:20 vision on how we should react – but certainly the sacralising, baptising, and seeking to redeem an ancient non-Christian festival need not in itself be something bad, but in fact both admirable and clever. Certainly the church’s intentions were sincere and noble and we should acknowledge this.

The early Christians did not observe a festival focussed on Jesus’ birth, their attention was overwhelmingly on His atoning death.

Embrace the true meaning of Christmas
We need to press past the externals, regardless of their origins, and embrace the inner and true meaning of a day when we seek to remember and celebrate the mind-boggling and awe-inspiring sacrifice made by our Father when He sent His Son to earth to “seek and save the lost” (Luke 19:10) and whose light mercifully has shone in our darkness, “and the darkness has not overcome it” – John 1:5

Have a Christ-filled Christmas
In any event, the suggestion by some people in Western society of banishing and removing Christmas Day is unrealistic. The challenge we face is to rescue Christmas, not so much from its ancient paganism as its modern paganism. The further challenge is to get the X out of Xmas and the Christ back into Christmas. So may I wish you all a very happy and Christ-filled Christmas.

Michael Cassidy is a Christian leader, and the Founder of African Enterprise. He is an evangelist, teacher, preacher, and author.