Revivalist: You Have The Power To Raise The Dead 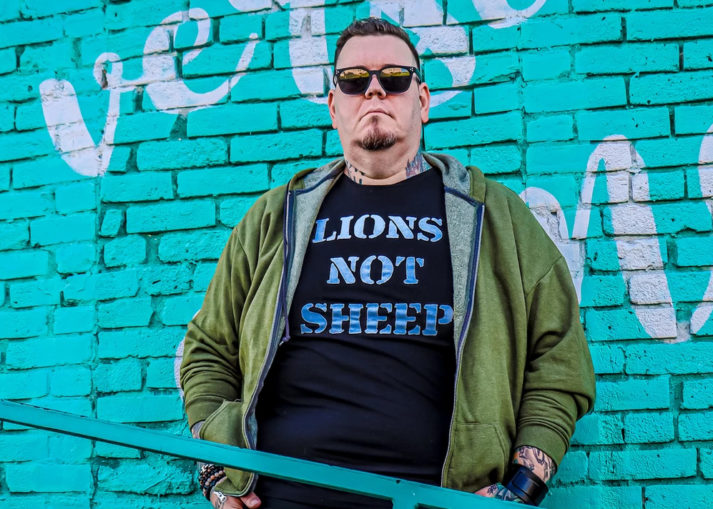 The subject of raising the dead is largely a taboo subject in the body of Christ these days.

Just as with many other things, the church seems to pick and choose the instructions of Jesus that are socially or culturally acceptable in our generation or in this case, multiple generations. The problem with this particular direction is that it has mostly disappeared and turned to myth. I will petition your theological traditions today and suggest that God wants you to resurrect His commandment to raise the dead.

“And as you go, preach, saying, ‘The kingdom of heaven is at hand.’ Heal the sick, cleanse the lepers, raise the dead, and cast out demons. Freely you have received, freely give” (Matt. 10:7-8).

Clearly Jesus did not just merely suggest that we raise the dead; in contrast, it was direct instruction. I would even contend that Jesus expected us to raise the dead as part of a normal Christian life.

I also find it interesting that Jesus says, “The kingdom of heaven is at hand,” so go preach, saying … This leads me to believe that in order to have heaven on earth in its wholeness, we must press in to raise the dead.

Why is it that the church has swept this part of normal Christianity under the rug? What is it that silences the body on this subject? I have come to believe that it is fear! Fear that it will scare people away, fear that it will draw unwanted attention, fear that God will not back you up if you step out and try to raise the dead.

I remember the first time God used me to raise someone from the dead. My wife and I had just sat down to enjoy dinner on a date night when I watched two men walk in the door. God immediately marked one of them in my Spirit. I didn’t know what it was, but I knew God was going to do something with this man.

The two men happened to sit at the table directly beside us. It wasn’t more than five minutes when one of them fell forward into his plate. My wife and I jumped to help, laying him out on the floor. Nena, my wife, who has a medical background, confirmed that he had no heartbeat. His skin turned a gray color and immediately became cold and stiff to touch.

As Nena and another woman were giving the man CPR, I could clearly hear God speaking to me to raise the man from death. I was directly being disobedient to my Father out of fear. I kept thinking, What about all the people watching? What will they think?

Finally, I fought past the fear and commanded the man, “Breathe, in Jesus’ name.” With one giant gasp, life flooded his body. I have to admit, I was scared. I was still scared after the man came back to life, and as my wife and I sat back at the table, we just stared at each other in disbelief as those around us stared at us, not really understanding what happened.

Now why in the world was I scared before and after? I was scared before I prayed for him, that I would step out and God wouldn’t back me up and I would look like a fool. I was scared after the man was raised because of what the people staring at us thought.

I had to seek God on this and ask him to remove two things from me. First, to remove my fear that He will not do what He says He will do. God will always back up His Word. Does that mean that everyone I pray for will come back to life? No, that is not what that means.

It does mean that His ways are greater than mine. If He tells me to pray to raise the dead, then He will back me up. If I step out in faith to raise the dead and they don’t come back, then there is a reason for that, and I must be OK with it.

The second fear I need God to remove is my fear of man. Why should I care what people think or what people say, especially above God’s Word and His voice?

The very next time I heard the voice of God tell me to raise someone from the dead, I walked in 100% confidence. The family did not even want to pray for the boy, but I knew God had said to raise the boy from the dead, so I wouldn’t let anyone tell me any different. I marched through the hospital and into the room, where the nurses were already taking the tubes and monitors off the young man. I laid hands on him and prayed for resurrection power to fill his body, and before I could get done, he was trying to climb off the bed. I didn’t care what the family, friends or the hospital staff had to say about it; I just knew God said to do it.

If we can honestly say that fear is the root of the church not walking in the fullness of our assignment from Jesus, then I say let’s do whatever it takes to rid the body of Christ from the fear of man and the fear that God will not back us up. He is a good, good God, and He will do what He says He will do. God is not going to tell you to raise someone from the dead that He does not plan on raising. Stop caring what people think!

I believe if the Western church would start getting radical with healing, creative miracles, setting the captives free and raising the dead, we would start to see sustained revival in America. Of course, it’s not just about raising the physically dead. It’s also about raising the spiritually dead, mentally dead and emotionally dead. When we start to see God move in fascinating ways, it encourages the body to come alive with the expectation that God will also do the amazing through us.

You can hear much more about this in my recent podcast episode, You Can Raise the Dead on the Unleashed podcast on the Charisma Podcast Network.