Isn’t It Obvious? Natural Selection Can Eliminate, But Never Create! 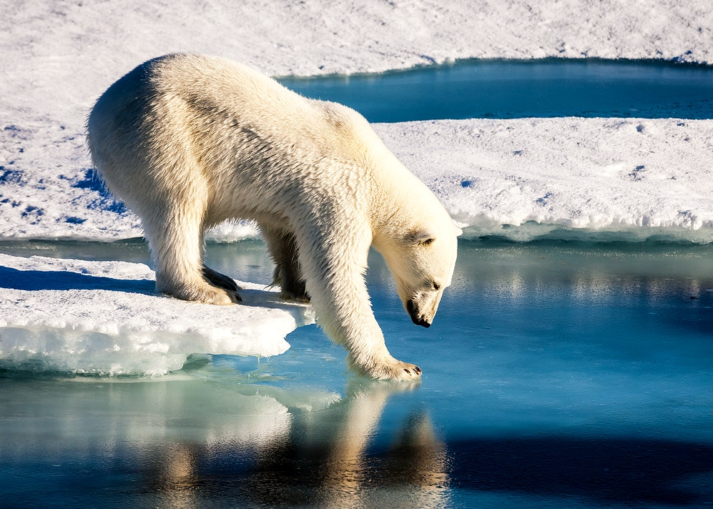 Occasionally an evolutionist will speak out against such error. One notable example was John Endler, who in his 1986 book Natural Selection in the Wild warned that “natural selection must not be equated with evolution”, and he also said:

Endler had seen this himself in his own previous research on guppies in mountain streams in Trinidad, Tobago and Venezuela. He observed that populations of guppies there include drab-coloured males as well as brightly coloured ones, and the relative frequency of each goes up or down in line with predation pressure. If predators are few or absent, brightly coloured males predominate, as female guppies prefer them as mates; so gaudy males are more likely to pass their genes to the next generation. But when predators are numerous, the better camouflaged drab male guppies are less likely to be eaten than the gaudy ones, and so the females have to be content to mate with the survivors, thus drabness becomes predominant in the population.

The guppy population dynamics are indeed a terrific example of natural selection. Ironically, however, Endler’s warning in his 1986 book hasn’t stopped others from incorrectly misrepresenting his guppies as demonstrating evolution. E.g. Richard Dawkins proclaimed it to be “a spectacular example of evolution before our very eyes” but it most definitely is not, as there is no new genetic information in evidence anywhere here. There is not a shred of any evidence from Endler’s creditable guppy research that fish could have turned into fishermen, fishmongers and fish physiologists (yet that is what the evolution story would have us believe).

As Creation magazine has pointed out many times, natural selection has been amply observed happening in many populations of insects, animals, fish, and plants, but in all instances it is not evolution. Whether by differential reproduction or differential survival, natural selection results in the culling or loss of genetic information, not its creation.

That last point was certainly obvious to another noted evolutionist who spoke out against the natural-selection-equals-evolution sham, viz., the late Lynn Margulis.7 Just before her death in 2011, she said in an interview:

That’s telling it like it is: natural selection by itself generates no new genetic information. It can eliminate genes that already exist, but never create.

Evolution evidence evades evolutionists (and everyone else!)
“I was taught over and over again that the accumulation of random mutations led to evolutionary change— … I believed it until I looked for evidence.”—Dr Lynn Margulis(1938–2011)

According to standard evolutionary theory today, evolutionists look to mutations as being the process responsible for generating the new genetic information evolution requires, which is then sorted by natural selection. But where is the evidence of this happening? Margulis had a very blunt, and bleak, assessment of this. Note again that she was no creationist, being absolutely committed to Darwin’s ideas of evolution, which she happily defined as, “Darwinism says that there has been change through time, since all life comes from a common ancestor”. But her biological experience and observations of nature had made her contemptuous of the neo-Darwinists’ faith in mutations as being the engine of evolution:

Indeed, when other evolutionists over the years have been pressed to give specific evidence of mutations that increase the information in the genome, they are unable to give coherent answers. That’s because mutations are overwhelmingly a downhill process—see box p. 40 “Mutations can’t climb mountains!”.

Is it any wonder that Margulis went looking for some other mechanism that might provide a means of evolutionary change, latching on to her own pet theory of endosymbiosis? Not that there’s any evidence of any evolution there, either. But Margulis was certainly right to point out the dearth of evidence for mutations and natural selection ever being able to create the evolutionary change required for all living things to have arisen from a common ancestor.

Evolution needs to invent eyesight, not destroy it!
This observed genetic change is in the wrong direction for primordial ooze to have ever turned into plants and animals.

From a straightforward view of the evidence from these and other real-world examples, surely it’s obvious: natural selection can eliminate, but never create. And we see that mutations are no help to the microbes-to-man evolutionary storyline either. The facts instead fit the Bible’s historical account of our post-Fall world having originally been created “very good” (Genesis 1:31) but now being “in bondage to decay” (Romans 8:19–22). The evidence is there for all to see—and the wise to comprehend. 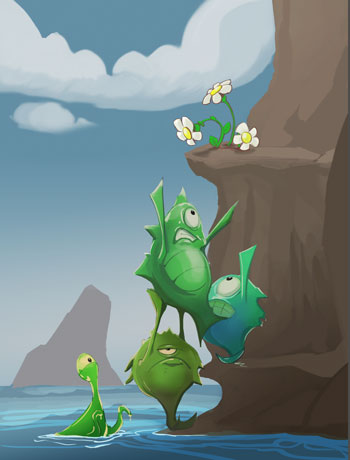 Mutations can’t climb mountains
Mutations overwhelmingly degrade genetic information, a downhill process. Whereas for microbes-to-man evolution to be true, evolutionists should be able to point to thousands of examples of information-gaining mutations, an uphill process, but they can’t. Note that sometimes diehard anti-creationists quibble over the definition of ‘information’. As information is foundationally an argument from probability, we might expect a few cases of trivial information increase (see the CMI DVD Understanding the Law of Decay, and creation.com/edge-evolution). But evolution requires encyclopedic amounts of new information. Some evolutionists have pointed to nylon-eating bacteria as being a lead candidate, but unfortunately for proponents of evolutionary theory, it turns out not to be new information. Rather, the new ‘ability’ comes from two ‘typos’ in an existing enzyme finely-tuned to break bonds in certain chemicals. The mutated enzyme is less tuned for its current task, but can digest other chemicals, including nylon, with the same bond (creation.com/evoquest#nylonase, creation.com/infoloss; see also creation.com/new-info). Such mutations are therefore evidence of downhill change, not uphill. They are thus of no help to evolutionists in the climbing of the ‘Evolution Mountain’—representing evolution’s mooted uphill journey from microbes to marlin, macaws, magnolias, and man—no matter how many millions or billions of years are invoked. 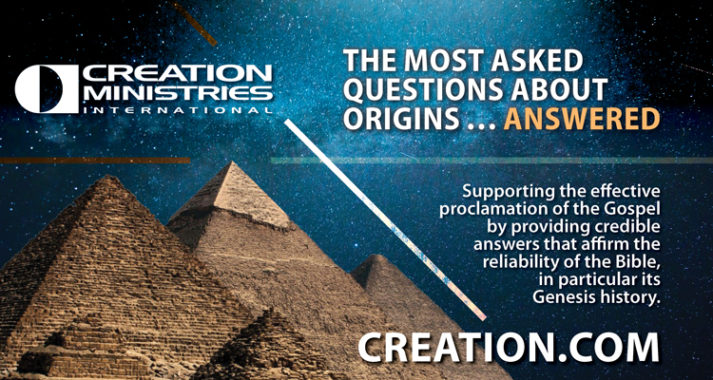