Is The Big Bang Really Scientific? 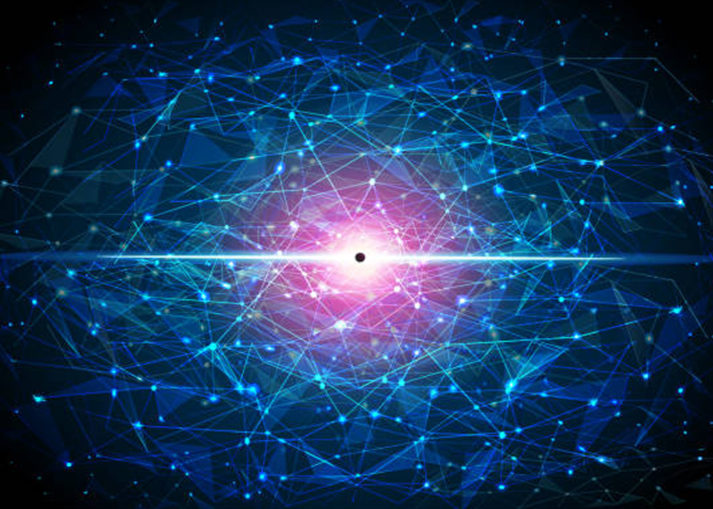 According to most text books promoting evolutionary beliefs, the universe came into existence around 14 billion years ago. Supposedly, it began as a singularity, an unimaginably hot ‘point’ into which was compressed all the matter and energy now making up the billions of galaxies found throughout space. Following the big bang, this singularity started to expand and cool, enabling quarks and electrons to form, these being the building blocks of atoms. As the universe continued to cool, quarks combined to form protons and neutrons. These then combined to produce ‘light elements’, namely hydrogen (including a little ‘heavy hydrogen’ or deuterium), helium, and lithium. And all this supposedly happened in the first three minutes of the universe!

However, these elements were still nuclei, not atoms. That supposedly needed about 379,000 years of cooling so the nuclei could combine with electrons and form atoms. This hydrogen and helium gas is said to have provided the material from which the first stars formed. (Hydrogen, helium, and lithium are known as ‘light elements’ because they have very little mass. Evolutionary cosmologists believe that the heavier elements (which they call ‘metals’) were formed inside stars.)

Biblical creationists, of course, should reject big bang theory because the order of events contradicts the Bible. Whereas in big bang theory, the stars precede the earth, in Genesis, the earth is made before the stars.

There are three main pieces of evidence presented in support of the big bang: background heat, the abundance of ‘light elements’ and the expansion of the universe.

Background heat
Space appears to be bathed in a low-level background heat which is said to be the ‘after-glow’ or ‘smoking gun’ of the original big bang ‘explosion’. This is known as the ‘cosmic microwave background radiation’ (CMBR).1 It has been measured very accurately, and in great detail, and is said to have a temperature consistent with what would be expected from the big bang.

Creation scientists, however, point out that this background heat is actually a major problem for big bang theory. This is because its temperature is virtually the same across the universe and this would not be expected from a big bang. A conventional ‘explosion’ would leave behind an uneven pattern of heat, not the extremely even pattern actually observed.

Evolutionists, of course, are well aware of this difficulty, called the ‘horizon problem’, and some claim to have a solution. Supposedly, very soon after the initial ‘bang’, and for only a brief period, the universe expanded at a much higher rate—in fact faster than the speed light—and this enabled the background heat to be smoothed out. This very rapid expansion is known as ‘inflation’.

However, according to Paul Steinhardt, Albert Einstein Professor in Science at Princeton University, “inflation is very flexible … [and] can be adjusted to give any result … any outcome is possible.” Hence, he says, “it is not possible to find evidence to support or refute inflation”.2 Creation scientists would agree, and argue that it is really no more than a story called upon to explain away facts that point to the big bang theory being wrong.

Abundance of light elements
Big bang theory is said to have accurately predicted the amounts of light elements that we actually find in the universe. Hydrogen would be expected to be the most common, followed by helium, deuterium and lithium—which is what is observed. Particularly, it’s said, the amount of helium (25%) is consistent with calculations based on big bang theory. Historically, however, this claim has been very controversial. As pointed out by Professors Burbidge and Hoyle,

They then argued that this helium was produced by the burning (fusion) of hydrogen in stars (rather than the big bang) and that the light emitted by the stars and absorbed by dust clouds produced the cosmic microwave background radiation.

According to Professor Burbidge, neither the observed abundance of helium, nor the level of the cosmic microwave background, were really predictions of big bang theory. Scientists had already measured the abundance of helium and the theory was adjusted so that it would give the ‘right result’. Referring to the parameter (the number in the big bang theory) which would result in it ‘predicting’ the amount of helium in the universe, he wrote:

“It is chosen to make things come out right … . This is why the big bang theory cannot be argued to explain microwave background or to explain a cosmic helium value close to 0.25 [i.e. 25%]. … if you really believe in a big bang, you can choose parameters which will make observation and theory agree, but the argument is not based on basic theory” (emphasis original).4

Evolutionary cosmologists sometimes claim that big bang theory can predict the amount of the light elements using information (data) obtained from satellite measurements.5 This, however, cannot be so because their theory relies on the existence of ‘dark matter’, a form of matter that cannot be observed.4,6 (This ‘dark matter’, which many creationists and some secular cosmologists do not believe exists, is also needed to explain how galaxies and stars form by natural processes.)

The expanding universe
It is thought that expansion of space would cause light waves to be stretched, resulting in light being reddened.8 This is known as ‘redshift’ and is observed when we view galaxies. Moreover, in general, the more distant a galaxy, the greater is the redshift.9 This is understood to indicate that the universe is expanding and that, the more distant a galaxy, the faster it is moving away. Hence, it is argued, winding the clock back, we would see the universe getting smaller and smaller until it reached its original state as a singularity.

While many creation scientists accept the evidence that the universe is expanding, this does not mean that it must have started off as a singularity—it could have started expanding from a fairly large state.

Creationist scientists argue that the atheists’ claim that our universe arose from a random ‘explosion’ is absurd. For example, the rate of expansion would have needed to be just right, as even a tiny deviation from the required rate would have been catastrophic. If just a little faster, particles would have simply flown away from each other, never coming together to form stars and planets. If just a little slower, gravity would have pulled everything back together resulting in a violent ‘great crunch’, with no planets and no life. According to Nobel prize-winner, Professor Steven Weinberg, the number determining the required expansion rate (known as the ‘cosmological constant’) would have had to be just to right to within 120 decimal places.10

But what does this mean? Well, let’s use as an illustration the mixing of concrete. Here the amount of water added has to be controlled quite carefully, otherwise the concrete will not have the required strength. Typically, for every 100 kg of cement, around 40 kg of water should be added. For a particular building project, there might be generous leeway, where an error of 1 kg in the amount of water added could be tolerated and the concrete still have the required strength. Working with a margin of error of 0.1 kg might still be practical; however, if the allowable error was only 0.000001 kg this would clearly be impractical. 0.000001 has the decimal point six positions to the left of the 1:

But a number with 120 decimal places has the decimal point 120 positions left of the 1:

How realistic is it to believe that an ‘explosion’ just happened to produce an expansion rate this critical?

The expansion rate, however, is just one of many factors that would have had to be ‘fined-tuned’ for the big bang to have produced a universe like ours in which life could exist. For example, unless the masses of the particles that make up atoms, the forces that hold atoms together, and the force of gravity had all had the right values, the big bang would have produced a lifeless universe.11,12 Creation scientists argue that a process that is this critical could not have occurred by chance.

Christians need not be intimidated into accepting secular accounts of origins. Big bang theory only appears to be scientific because people are exposed only to the evidence that appears to support it. At the same time, nothing is said about its major scientific problems. Big bang theory contradicts the account of creation in Genesis, and Bible believing creationists should reject it on the authority of God’s word