Is Coronavirus Connected To Bible Prophecy? 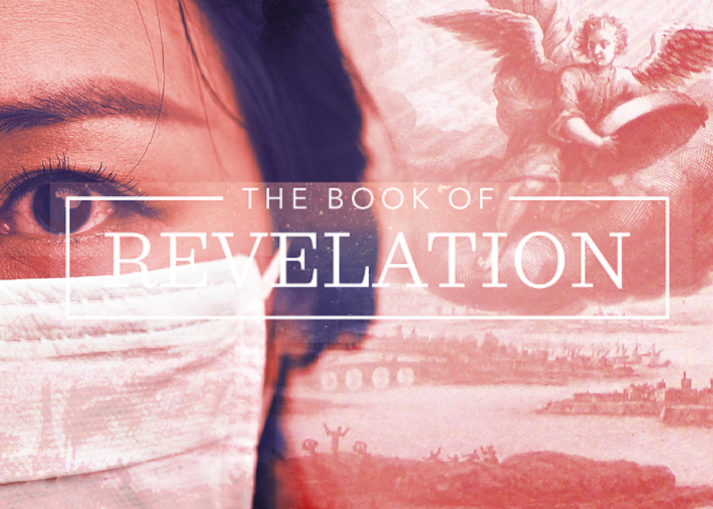 I have lived through several impactful — even game-changing — historical events which all occurred within 1 year. I worked in DC on 9/11, during the DC sniper murders, and during the DC anthrax mail attacks. That condensed time period was a pivotal moment in our nation’s history. Things were never the same.

After 9/11, people filled churches again — but only for a time. As life returned to normal, so did the cultural default position. In fact it has worsened. In the West there has been a steady decline of belief in the Bible or the God of the Bible.

The great falling away predicted in Scripture continues and escalates. If trends continue, the next generation of leaders and decision makers will be “nones.” “Nones” are those who do not identify with any religious affiliation or belief system. Like most of Europe, it will be wholly secular — which IS a belief system in itself, but I digress.

As more and more people fall away from true, Biblical Christianity — so too will they fall away from its principles, wisdom, sound-logic, and blessings. There’s not doubt that America has been blessed so tremendously because it was founded on Biblical principles (and because we have blessed the nation of Israel [Genesis 12:3]).

I’m not saying America is perfect by any means, but to the degree that we have followed God’s ways in our culture — we have also experienced God’s blessing and protection.

Fast-Forward to 2020. The world is on lock-down. The tidal wave of COVID-19 has hit the US, and the daily breaking news from President Trump (and other leaders) both reassures people with a bit more clarity–and frightens people as the reality of the pandemic sinks in.

It’s not very deadly–although all of us know people in the most vulnerable demographic, and we are concerned for their wellbeing. COVID-19 is not even that tough to have as a sickness for most people who are struck with it (as compared with frightening diseases such as ebola).

But the uncertainty surrounding the virus, and the speed with which it spreads, has sent people’s emotions, sense of security, and the stock market into a tailspin.

How Is This Related To Bible Prophecy?
So what does this mean for us? Is this related to end-time events? Will it pass? Should we store up toilet paper, cleaning supplies, flu medicine, and hunker down in fear? What voices should we listen to? How seriously should we take the advice given by national and local leaders? How should the Church respond?

Also, THE tribulation is different from tribulation in general. Jesus told us in no uncertain terms that we would have tribulation in this world (John 16:33). But, the judgments in the tribulation period will be progressively worse than anything the world has ever experienced.

I believe what we are witnessing with COVID-19 is part of the birth pains Jesus talked about in the Olivet Discourse (referenced above). In fact, I think it is a major birth pain; as is the locust plague that is ravaging Africa and the Mideast; as is the large number of social uprisings in countries around he world; as is the increase in earthquake activity; as were the record-breaking Australian wild fires; as is…you get the picture. Birth pains increase in frequency and intensity, and they only increase until the moment of delivery.

This particular birth pain happens to be one that the entire world is feeling. Again, increased intensity. It’s also a birth pain that has shaken all earthly things. Sports, financial markets, distractions, hobbies, concerts, you name it–have all been shut down.

Those things aren’t bad in themselves, but it’s as if God is removing any distractions for a moment in history to plead with the world again,”Look up! Look to me! This world is temporary. Think about eternal things. I love you. I died for you. Please don’t ignore me. Turn to me now while there is time.”

There have been condensed periods of major supernatural events in the past–creation, the exodus, and the events surrounding the first coming of Jesus culminating with the resurrection. Now after roughly 200o years, we await another period of immense supernatural events.

Were it not for the hundreds of major prophecies that have already been fulfilled–including the rebirth of Israel and recent developments in Syria–this notion would be laughable. But I believe it will literally happen. Scripture is clear.

What Should We Do Now?
Here are a few things.

First, we should not live in fear. God is still in control. He’s in control of the world, and in control of your life. He didn’t cause COVID-19, but he allowed it. There is a paradox inherent in this discussion. God is sovereign, yet mankind still has free will.

God has told history in advance about where this is all headed, yet our freewill and the nature of the fallen world transpire in chronological fashion. Faith is required. Gods’ promises are true, prophecy is real, world events are not random, this is all headed somewhere. Do not fear. Look up!

Second, we should look for new ways to leverage this moment to turn people to Christ. It may look different than 2 weeks ago. The truths of Bible prophecy are beginning to have meaning to a broader audience as the whole world senses these birth pains.

Even the secular voices are becoming progressively more apocalyptic. The condition of the world is the elephant in the room. We need to be bold enough to talk about it from a Biblical (ie, accurate) perspective. Along with that, we should love others and meet needs at a time when most are fearful and need some encouragement.

Third, we should be responsible. Though we should not fear, we should heed wise advice and take the recommended precautions seriously. It’s a chance for us to love our neighbor as our self. This pandemic forces us to get our eyes off of our own needs and onto the needs of others.

During the worst moments of the initial outbreak, Chinese Christians from the underground church served victims of COVID-19 with grace, joy, and love. Because of such acts, the underground church in China continues to explode. What the enemy meant for evil, was turned to be used for good. The political division in our own country has even (momentarily) subsided a bit.

Much like after 9/11, America is (at least somewhat) joining together as one. I believe this will end once the major threat of COVID-19 has passed. Then (I believe) it will be globalists vs. nationalists at an even greater level.

Fourth, let this time of uncertainty draw you closer to God. If I can be completely real for a moment, the Lord has shown me several things the past few weeks that I need to work on. Nothing earth-shaking, but areas of my thinking and reactions that God has brought to the surface so I can turn them over to him. The closer I get to the Lord the more I realize how much I need him every day.

We don’t know the day or hour, but all Biblical indicators are that we could very well be the generation that experiences the end times. What a privilege–and a burden–to be alive at this time in history. Are you ready? Why not put your trust in the only thing that is really stable?