How The Church Should Respond To Cancel Culture 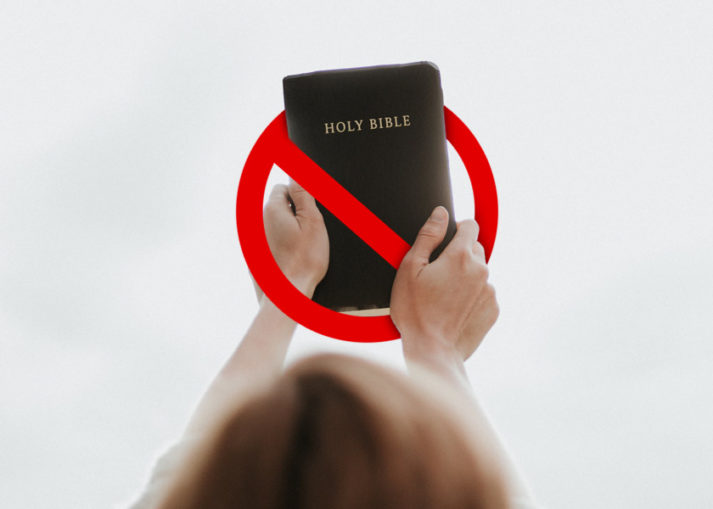 The early church father Tertullian famously said, “The blood of the martyrs is the seed of the church.”
But the church in America has rarely faced such persecution. Christianity as expressed through the last 2,000 years looks far different than the Americanized Christianity of the last 200 years.

American Christians have become so used to religious freedom and the general acceptance of Christianity that many have been lulled into an amnesia when it comes to the sufferings Christ says are expected of His followers (Matthew 10:22; 24:9; John 16:33).

It’s no wonder that recent encroachments on those liberties seem shocking and unfair.

Now, America finds itself in a culture that “cancels” everything opposed to the mainstream moral narrative, and the church stands at the front line. Biblical values that were once considered morally right and acceptable are now considered morally repugnant by many Americans.

Gone are the days of cordially discussing such differences or agreeing to disagree. People would rather unfriend, boycott or attack individuals, businesses and churches for believing and practicing values contrary to their own.

Instead of fearing the effects the cancel culture could have on the church, what if we recognize that God could be trying to change Christians’ responses to the culture rather than the culture’s acceptance of Christians?

Here are 3 ways God might use cancel culture for our good—if the church responds appropriately.

I. The Church Must be Active Rather Than Passive in Its Faith
In times of war, everyone is alert and on guard. It’s during peacetime that our guards are down. When the church is being attacked, there is a spiritual wartime mentality.

Times of persecution cause Christian spectators to become Christian soldiers. It causes faith to become action, which is what faith is intended to do (see James 2:26).

“Enemy-occupied territory—that is what this world is. Christianity is the story of how the rightful king has landed, you might say landed in disguise, and is calling us all to take part in a great campaign of sabotage.”

Churches need to seek opportunities to verbalize the Gospel in their communities, even and especially when there’s opposition. Pastors must train and model to their congregations how to be discerning and full of wisdom yet bold and unwavering.

When our constitutional rights are encroached upon, Christians often see it as a hindrance to the Gospel. But perhaps God is actually giving us a greater opportunity to advance the Gospel, as the Apostle Paul saw through his time in prison (Philippians 1:12-14).

Paul’s prayer wasn’t that his chains would be removed. He prayed for effectiveness and opportunity in proclaiming the Gospel while he was in chains (Colossians 4:2-4). His freedoms were “canceled,” yet his Gospel ministry prospered.

II. The Church Must Know and Articulate Its Beliefs
One’s beliefs determine how one lives. But in a culture that divides people politically, racially and religiously, you can be “canceled” just for being associated with a particular group or belief. When the church is being attacked, its doctrine is naturally the root cause or basis for the attack.

But how many churches today make clear to their members where they stand on certain issues like racism, sexuality, abortion and more? Bible-believing churches must be able to articulate why they believe Biblical truth and morality are absolute and true descriptions of reality. Apologetics and Biblical ethics must be defined in the church so that its members know the beliefs they stand upon and aren’t easily swayed when the culture starts attacking.

Francis Schaeffer modeled this in the 1970s when he stood for Biblical inerrancy. He articulated the absolute truth claims of Christianity, reaching many young intellectuals through his L’Abri ministry, yet he never shied away from the countercultural nature of Christianity in contrast to the rise of secular humanism in his time.

In “A Christian Manifesto,” Schaeffer wrote:

“And our view of final reality—whether it is material-energy, shaped by impersonal chance, or the living God and Creator—will determine our position on every crucial issue we face today. …

Biblical absolutes in regard to truth and morality set themselves up as an antithesis to the relativistic nature the mainstream moral narrative embraces. Yet many people within the church don’t have a coherent and comprehensive understanding of the tenets of their faith.

III. The Church Must Reposition Its Hope in God
The First Amendment to the U.S. Constitution isn’t where the church’s hope lies, nor does it lie in the outcome of elections. The hope of the church is not even in a Christian nation.

The hope of the church is in Christ Himself. It is a good thing for churches to be forced from no longer hoping in themselves or their standing to hoping solely in God.

Hope is what allows the church to live beyond the chaos while amid the chaos. It’s also what allows followers of Christ to endure when it seems like their efforts are in vain. They are not. This world isn’t our home.

It is when we hope in God that we find ourselves more able to impact a seemingly hopeless world. Perhaps C.S. Lewis said it best in “Mere Christianity”:

“Hope is one of the theological virtues. This means that a continual looking forward to the eternal world is not (as some modern people think) a form of escapism or wishful thinking, but one of the things a Christian is meant to do.

It’s time that the church be stripped of its palatable veneer to reveal its inherent countercultural nature, taking its place as a shining city on a hill and being salt and light, in love, amid a decadent world.

Church, you need not fear the current cancel culture. Christ cannot be canceled.

History’s most powerful cultures and leaders have tried. They don’t exist anymore. But Jesus is still on His throne. His church is still strong. And it will be forevermore.