How Should A Christian View Socialism? 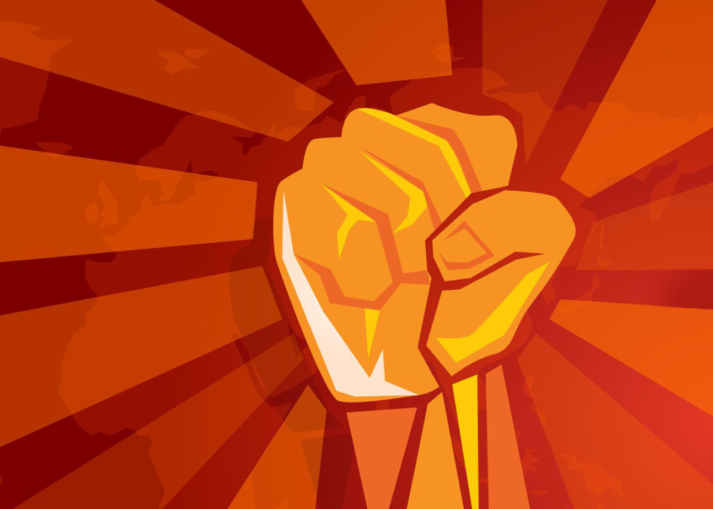 Written by: Got Questions

Socialism is a societal system in which property, natural resources, and the means of production are owned and controlled by the state rather than by individuals or private companies. A basic belief of socialism is that society as a whole should share in all goods produced, as everyone lives in cooperation with one another. Various theories of socialism have been put forward from ancient times, including a form of Christian socialism.

The vision of Karl Marx
The most prominent philosopher to argue in favour of socialism was Karl Marx, who taught that the driving factor behind all of human history is economics. Marx was born to German Jewish parents in 1818 and received his doctorate at age 23. He then embarked on a mission to prove that human identity is bound up in a person’s work and that economic systems totally control a person. Arguing that mankind survives by labour, Marx believed that human communities are created by the division of labour.

Capitalism is the opposite of socialism
Marx saw the Industrial Revolution as changing the basic lifestyle of humanity because, in Marx’s mind, those who had freely worked for themselves were now forced by economics to work in factories instead. This, Marx felt, stripped away their dignity and identity, and now they were reduced to mere slaves controlled by a powerful taskmaster. This perspective made the economics of capitalism the natural enemy of Marx’s brand of socialism.

Marx hated religion
Socialism seeks to do away with private property. Karl Marx surmised that capitalism emphasises private property and, therefore, reduced ownership to the privileged few. Two separate ‘communities’ emerged in Marx’s mind: the business owners / the bourgeoisie; and the working class / the proletariat. According to Marx, the bourgeoisie use and exploit the proletariat with the result that one person’s gain is another person’s loss. Moreover, Marx believed that the business owners influence lawmakers to ensure their interests are defended over the workers’ loss of dignity and rights. Last, Marx felt that religion is the “opiate of the masses,” which the rich use to manipulate the working class: the proletariat is promised rewards in heaven one day if they keep working diligently where God has placed them (subservient to the bourgeoisie).

No government is incorruptible
In the socialism Marx envisioned, the people own everything collectively, and all work for the common good of mankind. Marx’s goal was to end the ownership of private property through the state’s ownership of all means of economic production. Once private property was abolished, Marx felt that a person’s identity would be elevated and the wall that capitalism supposedly constructed between the owners and working class would be shattered. Everyone would value one another and work together for a shared purpose. Government would no longer be necessary, as people would become less selfish.

There are at least four errors in Marx’s thinking, revealing some flaws in socialism:

1. First, his assertion that another person’s gain must come at another person’s expense is a myth; the structure of capitalism leaves plenty of room for all to raise their standard of living through innovation and competition. It is perfectly feasible for multiple parties to compete and do well in a market of consumers who want their goods and services.

2. Marx was wrong in his socialist belief that the value of a product is based on the amount of labour that is put into it. The quality of a good or service simply cannot be determined by the amount of effort a labourer expends. For example, a master carpenter can more quickly and beautifully make a piece of furniture than an unskilled craftsmen can, and therefore his work will be valued far more (and correctly so) in an economic system such as capitalism.

3. Marx’s theory of socialism necessitates a government that is free from corruption and negates the possibility of elitism within its ranks. If history has shown anything, it is that power corrupts fallen mankind, and absolute power corrupts absolutely. People do not naturally become less selfish. A nation or government may kill the idea of God, but someone will take God’s place in that government. That someone is most often an individual or group who begins to rule over the population and seeks to maintain their privileged position at all costs. This is why socialism has led to dictatorships so often in world history.

4. Most importantly, socialism is wrong in teaching that a person’s identity is bound up in the work that he does. Although secular society certainly promotes this belief, the Bible says that all have equal worth because all are created in the image of the eternal God. True, intrinsic human value lies in God’s creation of us.

God is the only one in control
Was Marx right in saying that economics is the catalyst that drives human history? No, what directs human history is the Creator of the universe who controls everything, including the rise and fall of every nation. God also controls who is put in charge of each nation: “The Most High is ruler over the realm of mankind, and bestows it on whom He wishes and sets over it the lowliest of men” – Daniel 4:17. Further, it is God who gives a person skill at labour and the wealth that comes from it, not the government: “Here is what I have seen to be good and fitting: to eat, to drink and enjoy oneself in all one’s labour in which he toils under the sun during the few years of his life which God has given him; for this is his reward. Furthermore, as for every man to whom God has given riches and wealth, He has also empowered him to eat from them and to receive his reward and rejoice in his labour; this is the gift of God” – Ecclesiastes 5:18-19

Socialism is not a Biblical model
Socialism, for all its popularity in some circles, is not a Biblical model for society. In opposition to socialism, the Bible promotes the idea of private property and issues commands to respect it: commands such as “You shall not steal” (Deuteronomy 5:19) are meaningless without private property. Unlike what we see in failed experiments in socialism, the Bible honours work and teaches that individuals are responsible to support themselves: “The one who is unwilling to work shall not eat” – 2 Thessalonians 3:10. The redistribution of wealth foundational to socialism destroys accountability and the Biblical work ethic. Jesus’ parable in Matthew 25:14-30 clearly teaches our responsibility to serve God with our (private) resources.