Heaven Or Hell: Can You Grasp The Concept Of Forever? 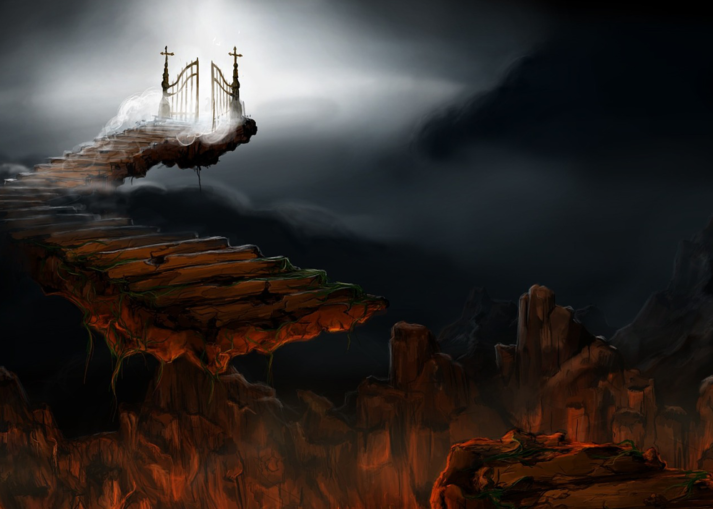 Truly grasping the concept of forever is not quite as simple as establishing its biblical truth because it involves the question of time. And time is a thorny issue, indeed. We know God transcends time and is not subject to any of the laws of nature.

We know He is not restricted by time in any way. We know He sees all of history from all eternity. For God, there is no such thing as past or future. There is only an eternal present. As Christ (who is God) said, “Before Abraham was born, I am” (John 8:58b).

Thomas Aquinas said we should imagine that God is like a person standing on top of a watchtower “embracing in a single glance a whole caravan of passing travelers.” That’s the way God sees the whole of our lifetimes—in a single glance.

However, beyond this theological principle, Christianity has always allowed plenty of intellectual leeway when it comes to understanding the nature of time. In fact, the whole subject of time and God’s relation to it involves some of the most complicated and perplexing problems in metaphysics. For example, there are some who say time is infinite, with no beginning and no end. There are others who agree that time is infinite, but who say that it has a definite beginning and no end. Still others say that time is finite with both a beginning and an end.

Whatever time is, God’s connection to it is even more problematic. Is God inside time or outside time? Or is He somehow both? Is time a creation of God’s like the material world, or is it a different kind of creation altogether? Does God Himself experience time in some way?

We know He is living in an eternal present and is not limited by time, but has He in some mystical way entered into time by virtue of His creation of the universe and, more significantly, by virtue of His incarnation in the person of Jesus Christ? Or has humanity, even more mysteriously, been somehow taken up into the Trinity and the timelessness of God’s divinity?

Finally, even if we come to some understanding of time and God’s relation to it, there is the added difficulty of understanding the concept of eternity. And here we come to another complex series of problems. For example, there are two theories of time, each of which addresses questions such as: “Is eternity a timeless realm, without any succession, duration or sequence of moments? Is it simply never-ending time, without any conclusion, but nevertheless similar to time as we usually think of it—with a continuous progression of moments from the past to the future?”

It’s definitely enough to make your head spin! In fact, even if you had the combined knowledge of Albert Einstein and Thomas Aquinas, and even if you spent your life devoted to this subject, you still wouldn’t be able to conclusively prove any one theory of time and eternity. Logic only helps to a certain point. As long as we live in a three-dimensional universe and experience time on a moment-to-moment basis, there’s simply no way we can truly know what eternity will feel like after we die.

Perhaps the simplest way of making sense of this subject (from a Christian point of view) is to postulate there are probably two or three different types of time. The first is what we experience in this life: solar or earth time. The second is what those who have died experience: a kind of spiritualized time. The third is the unique way God himself lives out His own divinity.

We can’t even label this last category as “time” because it’s impossible for us to conceptualize the nature of God’s life. We can, however, get some idea of the spiritualized time of the dead.

Over the centuries, Christian mystics—both Catholic and Protestant—have experienced so-called periods of ecstasy in which they claim to have been filled with the Spirit of God and even in the presence of God or the angels or the blessed in heaven. During these times, they appeared to be in a trance-like state which sometimes lasted for hours or even days.

Yet, when the ecstasy ended, the mystics always felt as if only moments had passed. The experience somehow took them out of bodily time and placed them in a spiritualized time, which seemed to them almost like an absence of time. The euphoria they felt when in the presence of the divine sped up time so much that it almost stopped the clock.

Things were happening to them, for sure—in their minds and their souls—but they felt no corresponding side effects of the passage of time, no boredom, tiredness or drudgery. Sometimes we get a similar feeling when we are in the process of doing something we truly love. Time flies by, and we hardly notice it. Indeed, the act of love always seems to have the effect of speeding up time.

Might it not feel that way all the time for the blessed in heaven, when Love itself is right there in front of them?

Conversely, might not life feel just the opposite for the people in hell, where love is an eternity away? Then, instead of the lightness and swiftness of time, they would endure only its oppressive, dense, lethargic, wearying, grinding, tedious, snail-paced burden—the way we sometimes experience time on earth when we’re feeling hopeless and have to do something we hate.

Now, don’t misunderstand what I’m saying. Just because spiritualized time may feel differently than earth time doesn’t mean it won’t exist at all. It will. The Bible indicates that time will continue after we die and common sense supports that theory.

After all, in one sense, time is very easy to understand. It is simply the measurement of change. In both heaven and hell, human beings will know things, think things, decide things and do things. All that presupposes change. This will be especially true after the resurrection, when human souls are reunited with their bodies. If you have a body—whether glorified or reprobate—it is still a body, and by definition, it will be able to move and act. If something can move and act, it can change and, therefore, must exist in some state of time.